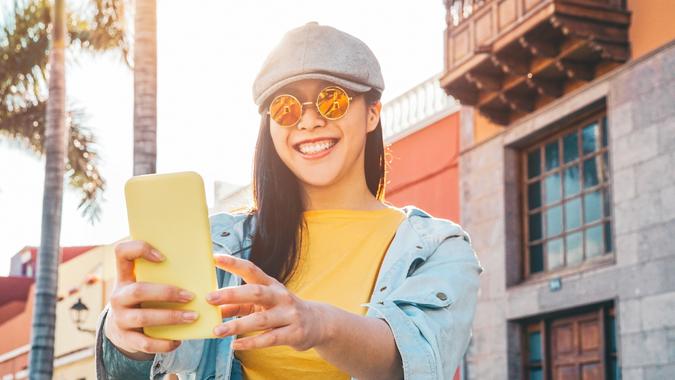 If you want to get on a millennial’s bad side, just trot out the usual stereotypes about them being financially illiterate and a little, um, slow to move out of their parents’ basement. You can practically hear them scream, “Ok, boomer!”

But it turns out that a significant percentage of millennials really would rather do almost anything in the world — including water plants — than manage their finances, according to a new survey conducted by OnePoll and partner Upwise

They are more likely to play with pets, care for houseplants, surf the internet or think about dinner than think about their finances. They devote about 150 more hours to social media during a year than they do managing their money. Only 27% of millennials said they check their bank accounts once a week. Almost half (45%) said they didn’t even know how much money they have in their accounts.

See: What Gen Z Can Learn From Millennials’ Money Mistakes

This is not exactly a blueprint for successful financial management, experts say.

“Taking control of your finances isn’t just a matter of keeping up with your monthly expenses,” Jenn Kischell, vice president of Upwise at MetLife, told SWNS Digital. “It’s also about taking a proactive role in managing and developing healthy money habits.”

One key finding of the survey was that automation might have something to do with the millennials’ lack of awareness about their finances, SWNS reported. Millennials rely on cell phones, tablets or computers to auto-pay many of their bills, so in some cases they don’t even know when a transaction has been made until long after.

More than half of respondents (57%) said they use auto-pay to pay most of their bills. The top reasons cited are convenience (45%), the savings involved (39%), and fewer worries about making late payments (38%). About four in five respondents said they’re more likely to make impulsive purchases because they trust auto-pay to keep track of their bills.

Find: How Millennial Women Can Take Control of Their Debt

Interestingly, many millennials are aware of the potential downsides of auto-pay, even as they rely heavily on the feature. More than half of respondents said they would feel more in control of their finances if they relied less on auto-pay.

They’re right about that.

“People tend to underestimate their expenses, especially when using auto-pay,” Kischell said. “This is why it is essential to take a holistic assessment of your finances on a regular basis.”