Some of the highest-paying jobs you can get are in healthcare, but not all occupations in the field will score you a big paycheck.

To determine the highest- and lowest-paying healthcare jobs, GOBankingRates analyzed the most recent available employment data provided by the Bureau of Labor Statistics’ Occupational Employment Statistics and ranked healthcare occupations according to hourly and annual wages.

Keep reading to see which healthcare occupations offer the highest wages and salaries. 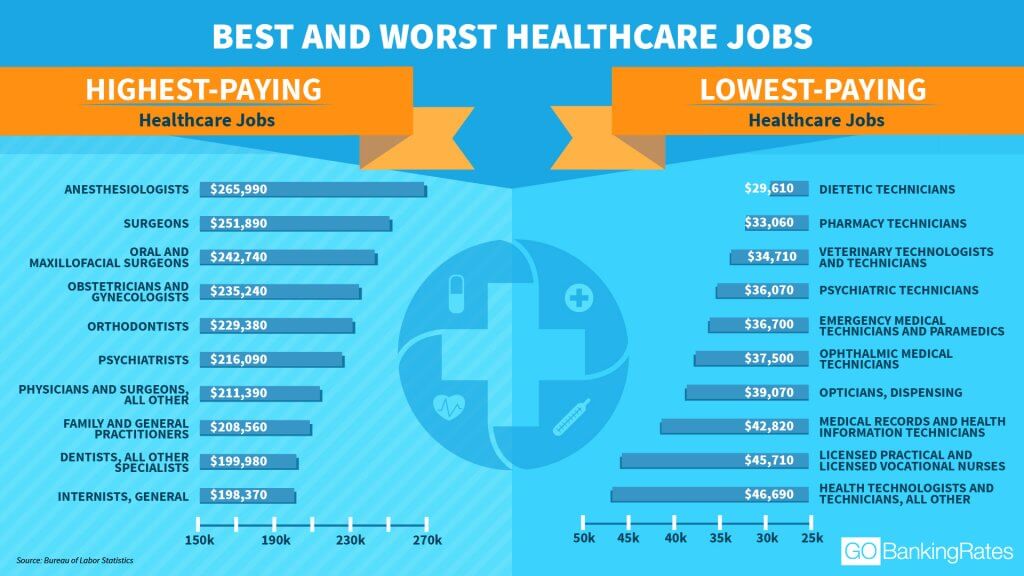 If you’re considering a career in healthcare and want to score a six-figure salary, it’s important to note that to qualify for the highest-paying jobs, you will need many years of schooling.

Becoming a physician or surgeon requires a bachelor’s degree, four years of medical school, and three to seven years of internships and residency programs. But the schooling could pay off. Non-specialty physicians and surgeons make an average of $211,390, earning the No. 7 spot among the highest-paying healthcare jobs. In fact, many of the top 10 highest-paying healthcare jobs are specialty physicians and surgeons, including internists, family and general practitioners, psychiatrists, obstetricians and gynecologists, and oral and maxillofacial surgeons.

In addition to medical doctors and surgeons, dentists and orthodontists make some of the highest salaries. Dentists who are specialists have the No. 9 top-paying job, with an average salary of $199,980. You must attend an accredited dental school for three to four years after obtaining an undergraduate degree to qualify for the occupation. Orthodontists must attend an additional two- to three-year orthodontistry program after dental school, but their salaries are also higher, on average. Orthodontist is the fifth-highest paying healthcare job, with an average salary of $229,380.

The highest-paying job — anesthesiologist — requires four years of anesthesiology training after medical school and undergraduate school, which translates to 12 years of post-high school education. However, with an average salary of $265,990, the job could be worth the student loan debt from all of the required education.

Although they didn’t make the top 10, nurse practitioners and physician assistants are also among the highest-paying healthcare jobs, and they are also some of the jobs with the most security, a separate GOBankingRates study found.

On the other end, the study found that the healthcare jobs that paid the least tended to have lower educational requirements, with many only requiring an associate degree or a high school diploma. But the exception to this is veterinary technologists and technicians, which are the third lowest-paying healthcare jobs and could require a bachelor’s degree and a post-secondary program in vet technology to qualify.

Also See: 20 Ways to Improve Your Chances of Getting a Job

Here’s a look at the complete ranking of the highest- and lowest-paying healthcare jobs:

Click through to see the best and worst states to be a nurse.

Methodology: GOBankingRates analyzed employment data provided by the Bureau of Labor Statistics’ Occupational Employment Statistics. The most recent data is from May 2017. Healthcare occupations were ranked according to hourly and annual wages. 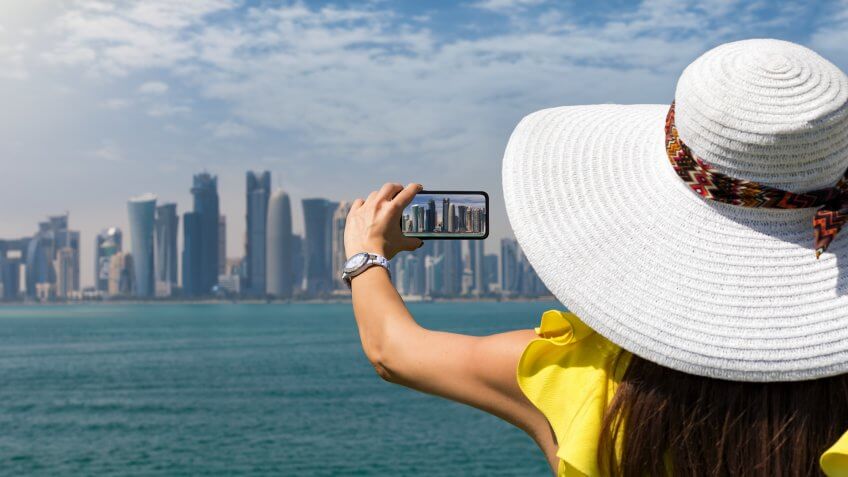 Best and Worst Countries for the Rich

Find out where you can hold onto more of your wealth.

GOBankingRates > Money > These 10 Healthcare Jobs Are the Most Lucrative, Study Finds