How Improving Your Financial Literacy Can Help You Build Wealth 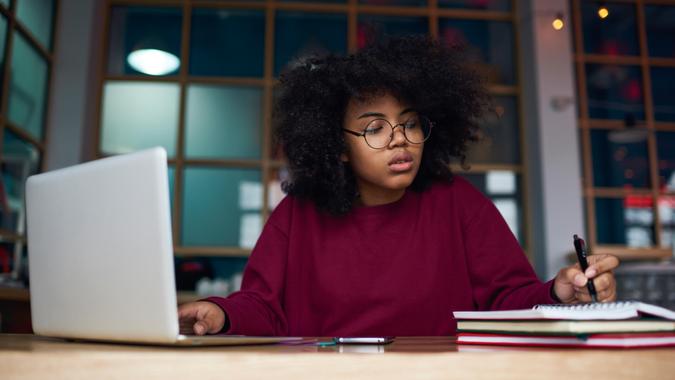 Education is the great equalizer — and when it comes to money, knowledge is more powerful than ever.

April is Financial Literacy Month, which might sound like just another made-up marketing hashtag holiday. But don’t make the mistake of lumping this important calendar event in with National Chocolate Chip Cookie Day, Great American Pot Pie Day and the rest.

People who are empowered with even a basic level of financial literacy are much more likely to have less debt, greater savings and more assets than those who don’t, according to the National Financial Educators Council (NFEC).

Equally important are the intangible benefits of a strong financial education, things like the confidence to invest and — perhaps most important of all — the likelihood that you’ll pass sound financial advice down to your children. That last one is a key ingredient to building generational wealth — and as will soon be discussed, you can’t count on your local public school to do it for you.

Keep reading to find out why learning is just as important as earning when it comes to building wealth.

A Lack of Financial Literacy Is the Rule, Not the Exception

There’s no shortage of riches-to-rags cautionary tales about pro athletes who wound up broke after blowing through mega-fortunes. Some squandered it on material excess like supercars and mansions, others fell victim to fraud or financial predation.

But the underlying cause is always the same — a lack of financial literacy. The high and mighty of the sports world are hardly alone, and things appear to be getting worse.

According to a study from the Financial Industry Regulatory Authority (FINRA), the financial literacy rate among Americans fell from 42% to 34% between 2009-2019, despite the fact that 71% think they have a high level of financial knowledge.

Find Out: How to Make the Most Out of Living Paycheck to Paycheck

According to the National Bureau of Economic Research, more than 40% of people with insufficient financial literacy rely on friends, family and acquaintances for financial knowledge. But for the financially educated, that percentage is cut in half — financial literacy, it turns out, leads to empowerment and self-reliance.

“Money without financial intelligence is money soon gone,” said Dominic Harper, an entrepreneur and founder of Debt Bombshell. “Take note that your mind is your biggest investment. By accumulating some time per day studying financial literacy, you gain better control of where your money goes.”

And that standard applies to everyone, from athletes earning eight figures to the opposite end of the socio-economic spectrum.

For example, a Dartmouth University study showed that people in the lowest income bracket with no high school diploma saw their net worth grow by nearly 27% after attending an employer-sponsored retirement seminar. Low-income workers who participated in an employer-sponsored financial education program were nearly 12% more likely to contribute to 401(k) plans and save more money for retirement than co-workers who did not attend, according to the National Bureau of Economic Research.

In Half the Country, Financial Literacy Is Not Taught in School

The problem is, that’s simply not representative of the average education in the U.S.

In America, teenagers graduate from high school knowing the preamble to the Constitution and the acronym “please excuse my dear Aunt Sally” to remember the order of algebraic operations. But despite the fact that they’ll be bombarded with credit card offers from the moment they turn 18 — while applying for student loans, in many cases — they’re likely to leave school without the slightest idea how credit works, how interest compounds, or the basics of saving, spending and managing money.

“Financial literacy was never taught in schools,” Harper said. “So most people, upon receiving their college degree, almost never achieve the life of their dreams.”

The Problem Is, It’s Not Taught at Home, Either

According to CNBC, the longstanding argument against teaching personal finance in school is that the subject matter is beyond the scope of the common educator and that financial literacy should fall under the purview of parents at home. The publication calls that a “sham argument” — and it’s hard to make a serious point to the contrary. How can parents who were never educated in personal finance themselves, after all, teach it to their children?

The answer, of course, is that they can’t — and in most cases, they don’t.