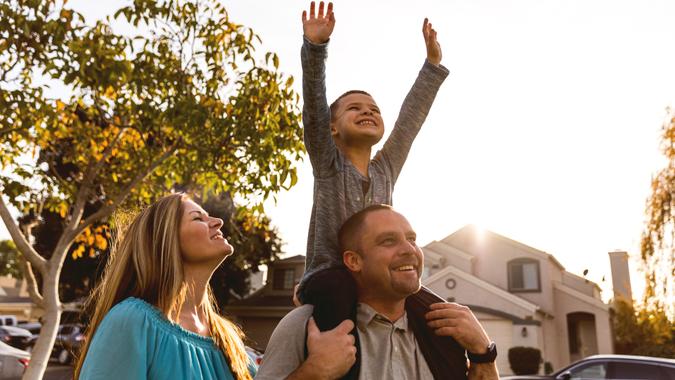 We tend to believe we know what “middle class” means. After all, it seems easy enough to define if we only consider income. But being a part of the middle class is more complicated than it may seem at first; location and debt are among the factors that also play a role.

Read More: Budgeting 101: How To Create a Budget You Can Live With
Important: $1M Is No Longer the Standard Nest Egg – Here’s How Much Most Americans Think You Actually Need To Retire

For example, a person who makes $40,000 per year may be middle-class in a small, rural town. But that same income in a large coastal city would be well below the median income.

Thus, a better way to think about the middle class is to consider how much people need to get by given all of these intersecting factors. Pew Research defines being middle-class as making 75%  and 200% of the median income.

This article will take a look at how much that amount is in some major U.S. cities. Median household income figures are from the most recently available U.S. census data.

However, a GOBankingRates survey found that San Fransisco also has the highest growth in middle-class incomes in the country. Thus, you will have to maintain a high level of income growth to call yourself “middle-class” in San Fransisco.

Read More: Tips To Keep Your Finances in Order Without Sacrificing What You Want

We conducted a separate analysis on what it takes to be “rich” in different cities, which we defined as being in the top 20% and the top 5% of earners in your city. In Seattle, the average for those two rankings is $331,167 and $583,249, respectively. In other words, someone at the top end of the middle-class income range still makes over 50% less than the average for the top 20% of earners.

Want to be in the top 20% of earners in D.C.? You will have to nearly double your income compared to the middle class’s highest earners: the average income for the top 20% there is $350,856. To earn the distinction of top 5%, you’ll need an average of $633,882. In other words, the top 5% of earners make nearly seven times as much as the median income for the city.

Boston has the sixth-highest median income in the nation, though its median is noticeably less than that of D.C. The median income there puts its middle-class range at between $59,263.50 and $158,036. For married couples, the median income is $126,595 versus $82,363 for families.

Like other cities, in Boston, the top 20% of earners make an average that is roughly double the highest middle-class earners. The average for the top 20% here is $299,047. And in the top 5%, the average is $563,610, a number that is more than seven times the median income for the city.