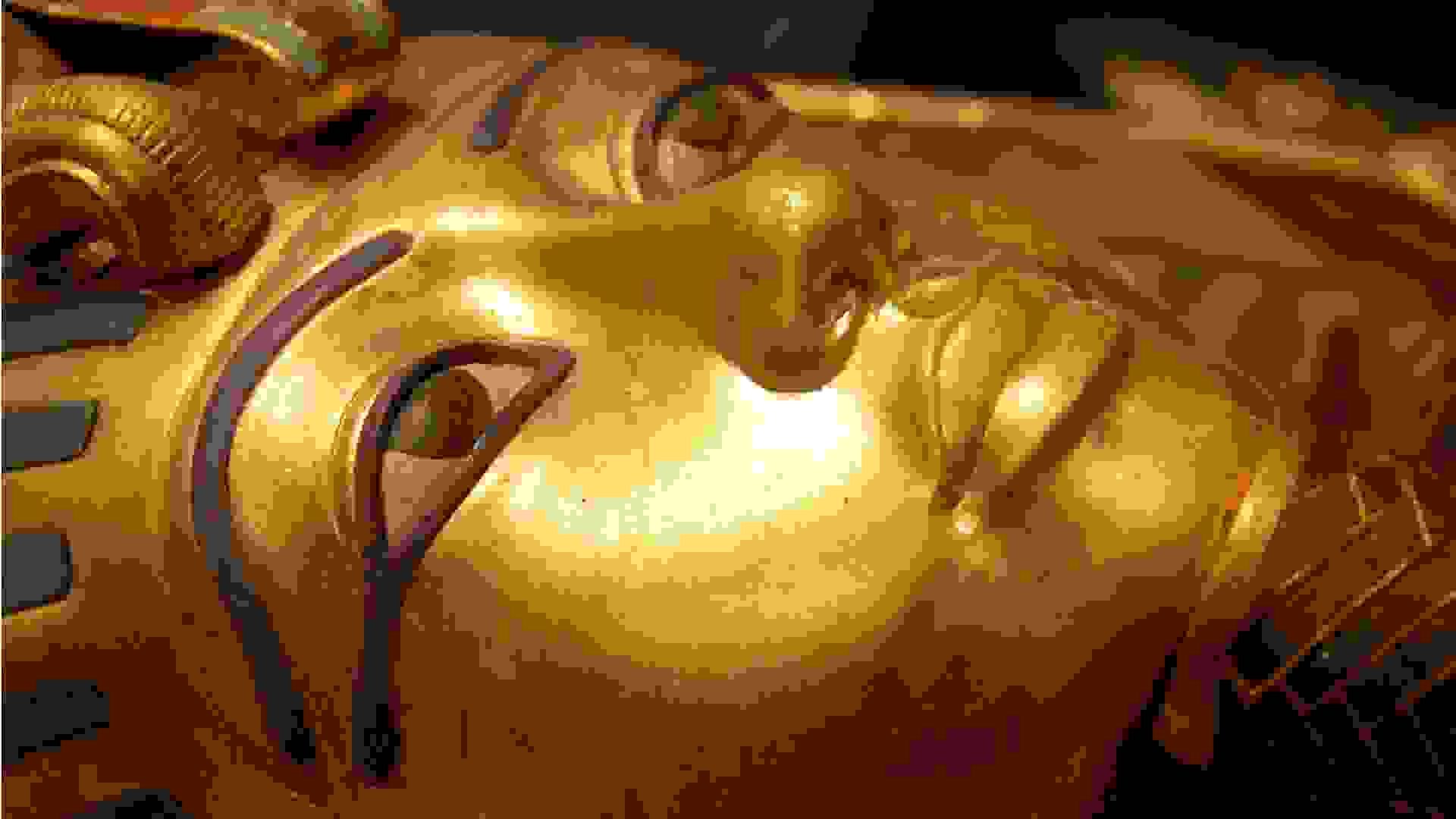 After hunter-gatherers became farmers and farming gave rise to cities, cities gave rise to empires. They grew through military conquest, were built by slaves and were maintained with brutal violence, but the great empires also unified millions of far-flung people under a common culture and gave rise to incredible technology and innovation.

Read: The Most Valuable Substances in the World

Empires, however, are expensive. They’re propped up by armies, armies run on money and every empire in history has only been as good as its ability to keep the gold rolling in. Some were better at it than others. Meet history’s wealthiest empires.

Last updated: March 8, 2021
Make Your Money Work Better for You 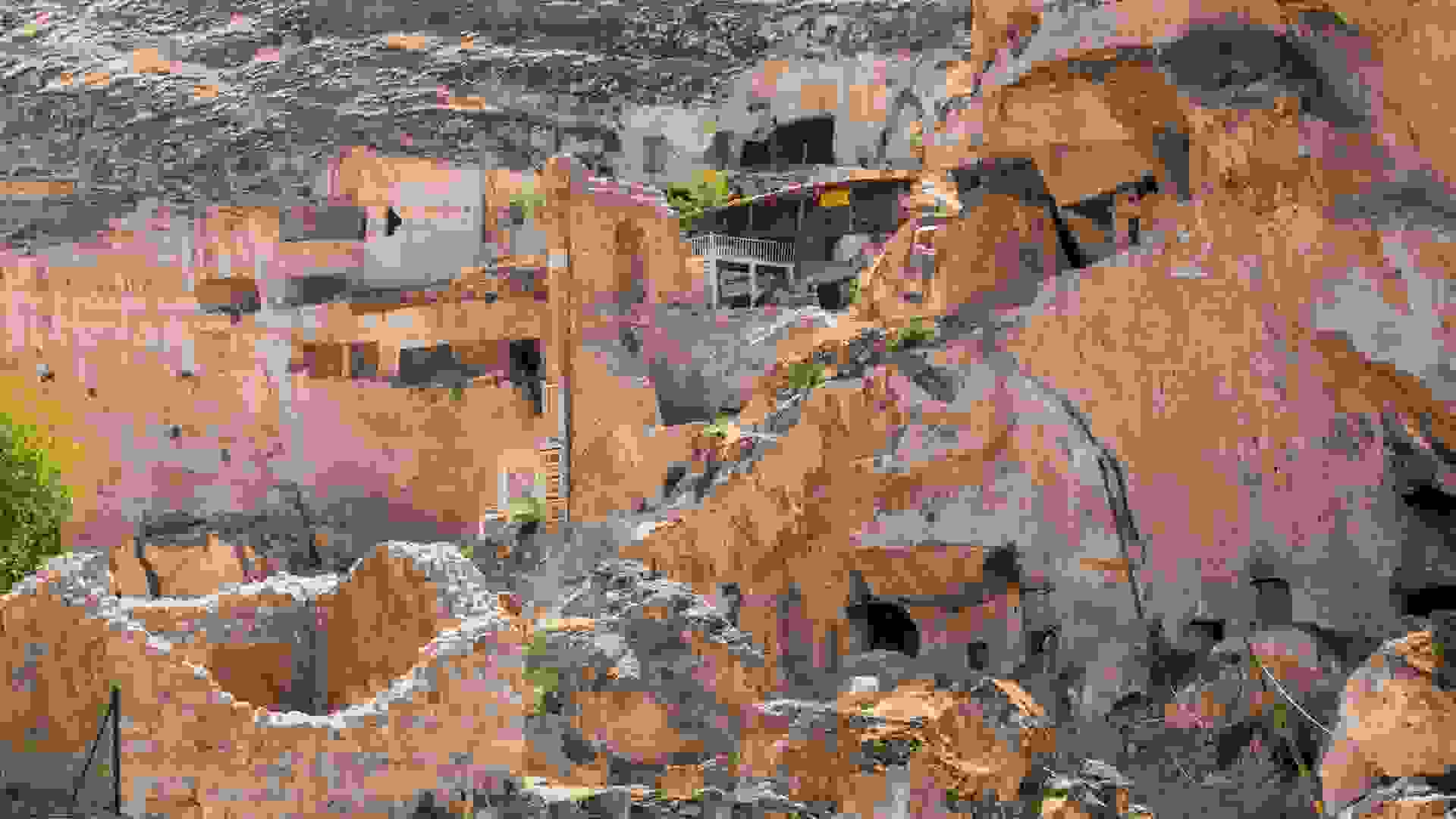 A handful of before and after events pulled human beings out of the food chain — the domestication of fire, the domestication of plants and animals through agriculture, written language and money. It’s impossible to discuss ancient peoples and wealth without mentioning the OGs who invented wealth — the Mesopotamians.

It wasn’t a cohesive empire — Mesopotamia included the Sumerians, Persians, Babylonians, Assyrians and Akkadians — but it laid the foundation for the empires that would follow and pretty much all of civilization as a whole. From dog leashes and the wheel to mathematics and the sail, the Mesopotamians gave more to the world than perhaps any other culture in history, not the least of which was money. Around 5,000 years ago, the Mesopotamian shekel emerged as the first known form of currency. 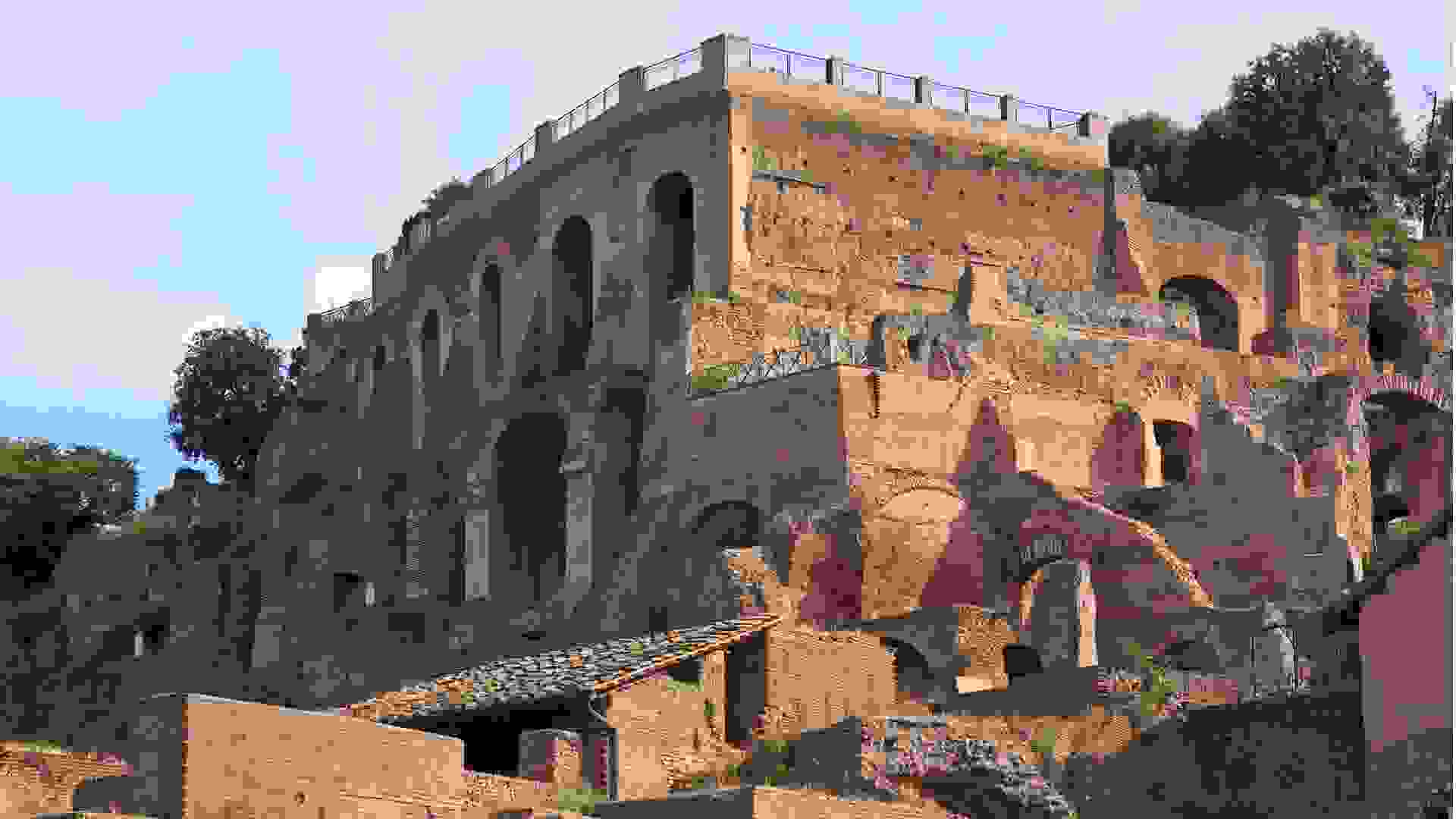 In the time of antiquity, wealth was measured in the amount of land an empire controlled and the number of people it ruled. The Roman business model is proof of why. When Rome conquered a civilization, it confiscated its resources and commodities, including the people who lived there.

Historians estimate that Rome ruled 65 million subjects at the height of its power in the mid-second century — about 21% of the world’s 300 million people. Author Mike Duncan told Smithsonian magazine that early Rome’s unquenchable thirst for silver, gold, grain, wine and slaves fueled its boundless expansion. The early Romans invaded Carthage, Spain and Greece, enslaved the conquered and worked them to death in their own mines and on their own farms. The proceeds were shipped back to Rome on the backs of other slaves. Fortune estimates that at its height, Rome was responsible for 25% to 30% of global economic output.

Find Out: Coronavirus Has Made These 100+ Brands More Valuable Than Ever 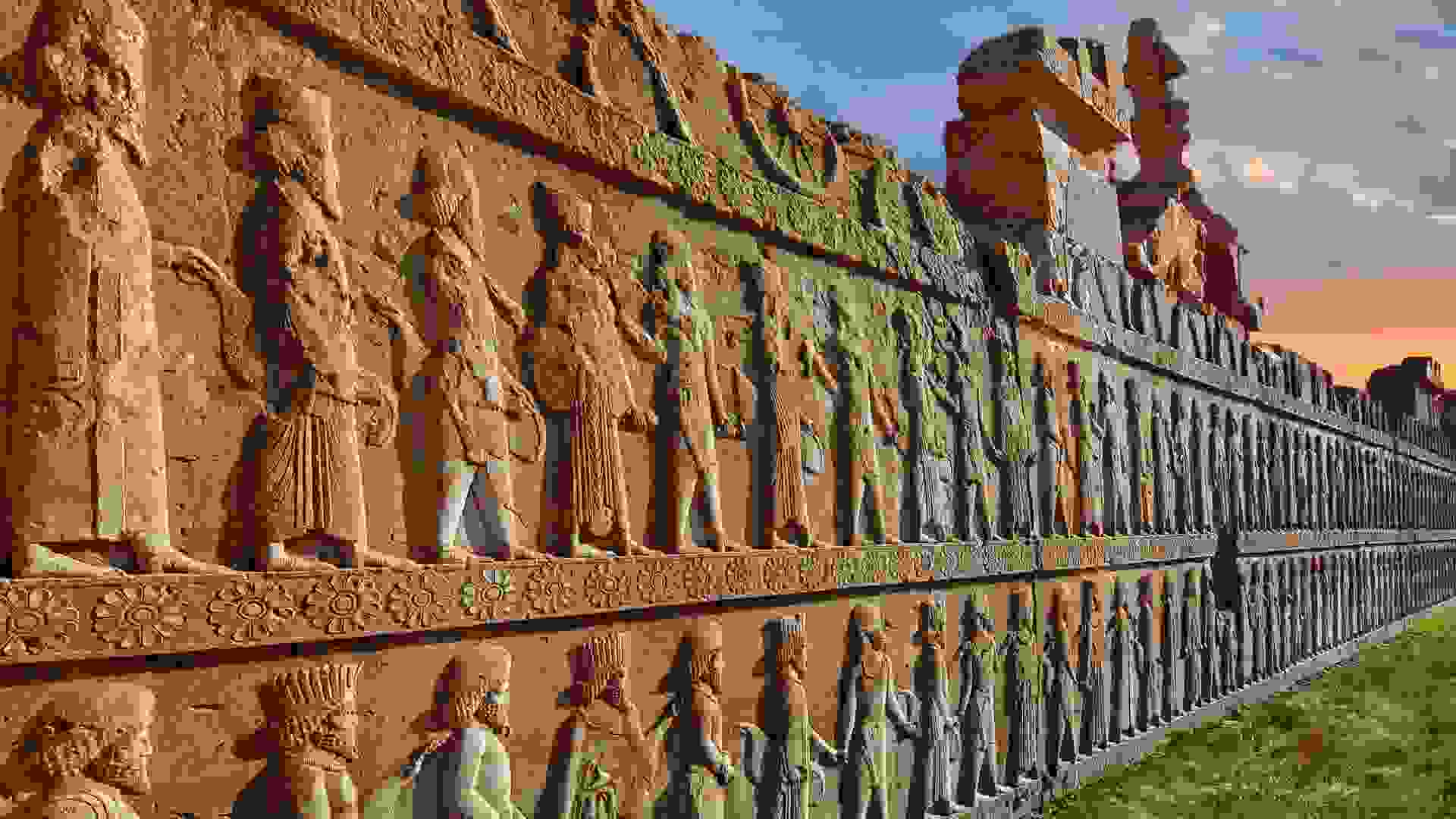 Ancient emperors were in the subjects game — more people, more profit — and few players played it better than the Persians. According to Guinness World Records, the Persian Empire, or Achaemenid Empire, ruled 49.4 million subjects at its peak in 480 B.C. It’s estimated there were only a little more than 112 million people on Earth back then, which means an incredible 44% of the world’s population were subjects of the empire founded by Cyrus the Great.

Historian Frank L. Holt argued that Persia’s riches were evident in Alexander the Great’s conquest. When the Macedonian king toppled the Achaemenid Empire, he redistributed the riches the Persians had been hoarding. There were so many slaves and so much gold, silver and grain that the moment triggered one of the greatest economic shifts in the ancient world.

More: Trump Faces Trouble with the Crown Jewels of His Real Estate Empire 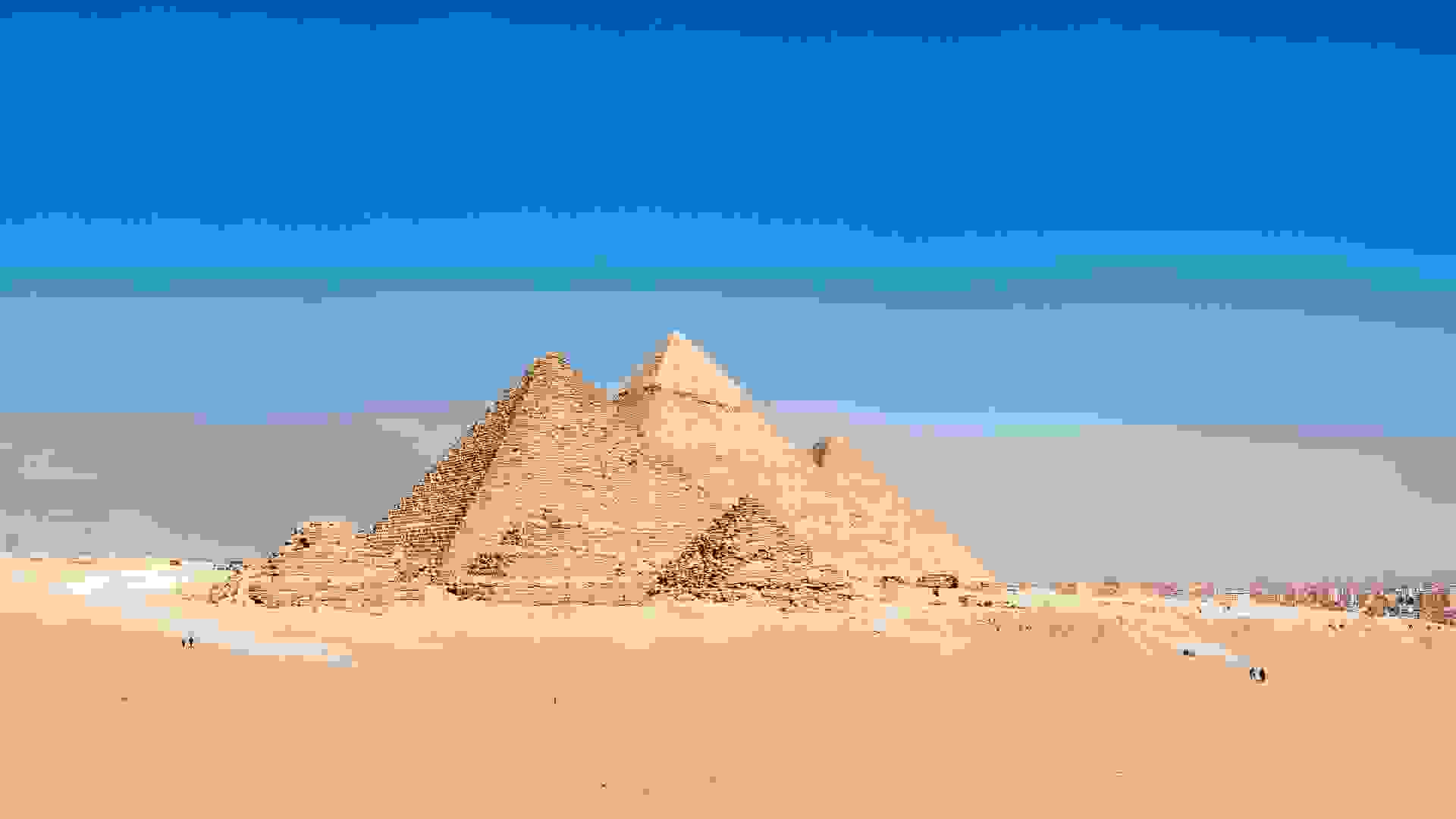 In 2002, the journal Nature published a game-changing report that revealed an incredible economic disparity in ancient Egypt. The vast majority of ancient Egyptians, it turns out, were dirt poor. The empire’s unimaginable wealth was almost solely concentrated at the top of the social pyramid among the pharaohs, priests and to a lesser degree, scribes, architects, engineers and other privileged tradespeople.

Egypt’s vast riches — evident in the treasures buried with the pharaohs beneath the majestic pyramids that still stand today — came from its Nile Delta agriculture, its rich gold mines and its strategic location at the center of the known world.

Read: 25 Athletes With Major Business Empires Outside of Sports 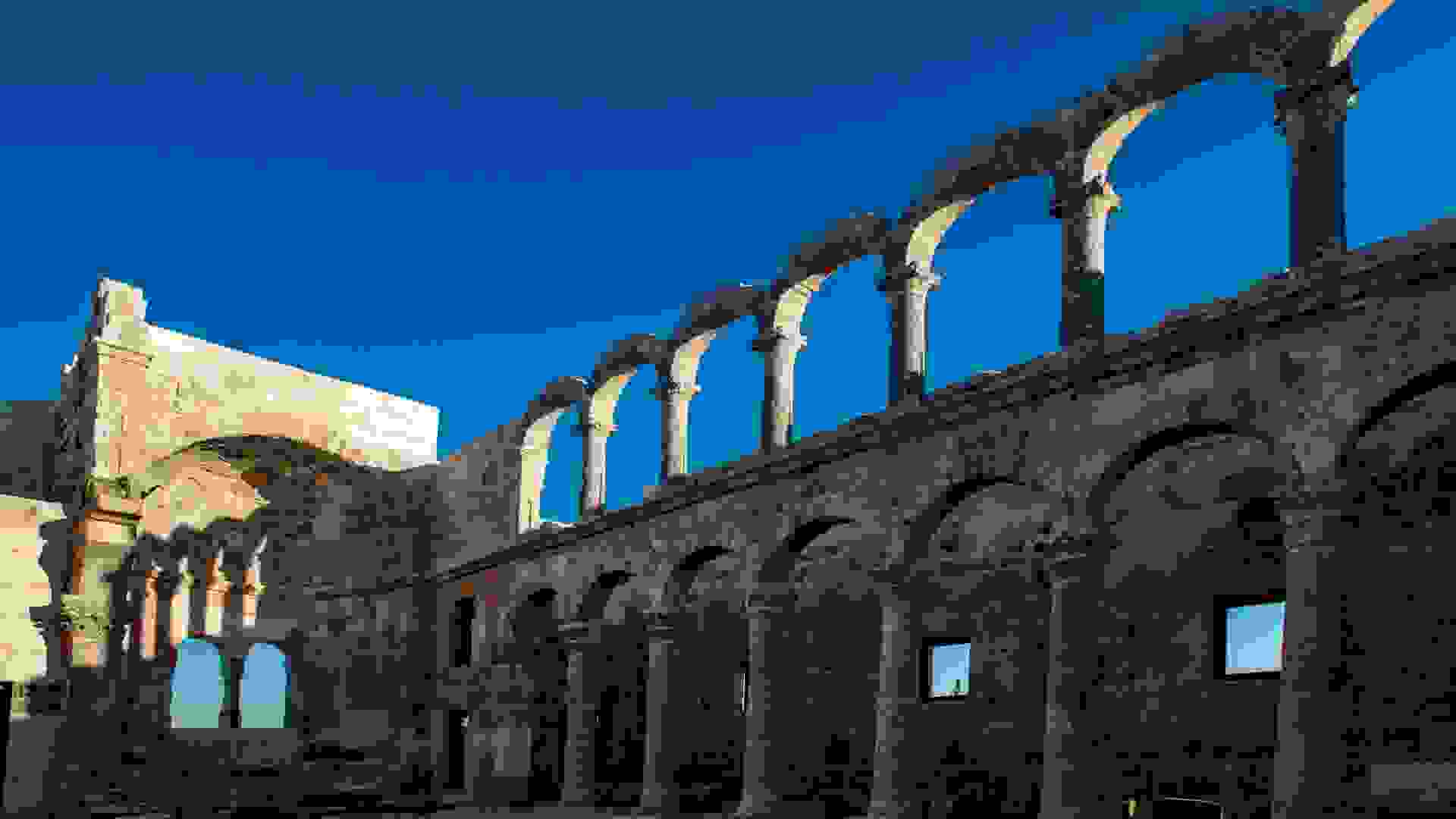 That longevity was made possible by the empire’s vast wealth and stable, diverse economy. Its currency, monetary system, taxation system and advanced credit networks were all far superior to that of the West, but the truth is, Byzantium got the long end of the divorce settlement. Because of its proximity to Persia, Egypt and Greece, Eastern Rome was always more advanced, wealthy and globally connected than the Western Roman Empire. When Rome was divided, Byzantium jettisoned the dead weight. 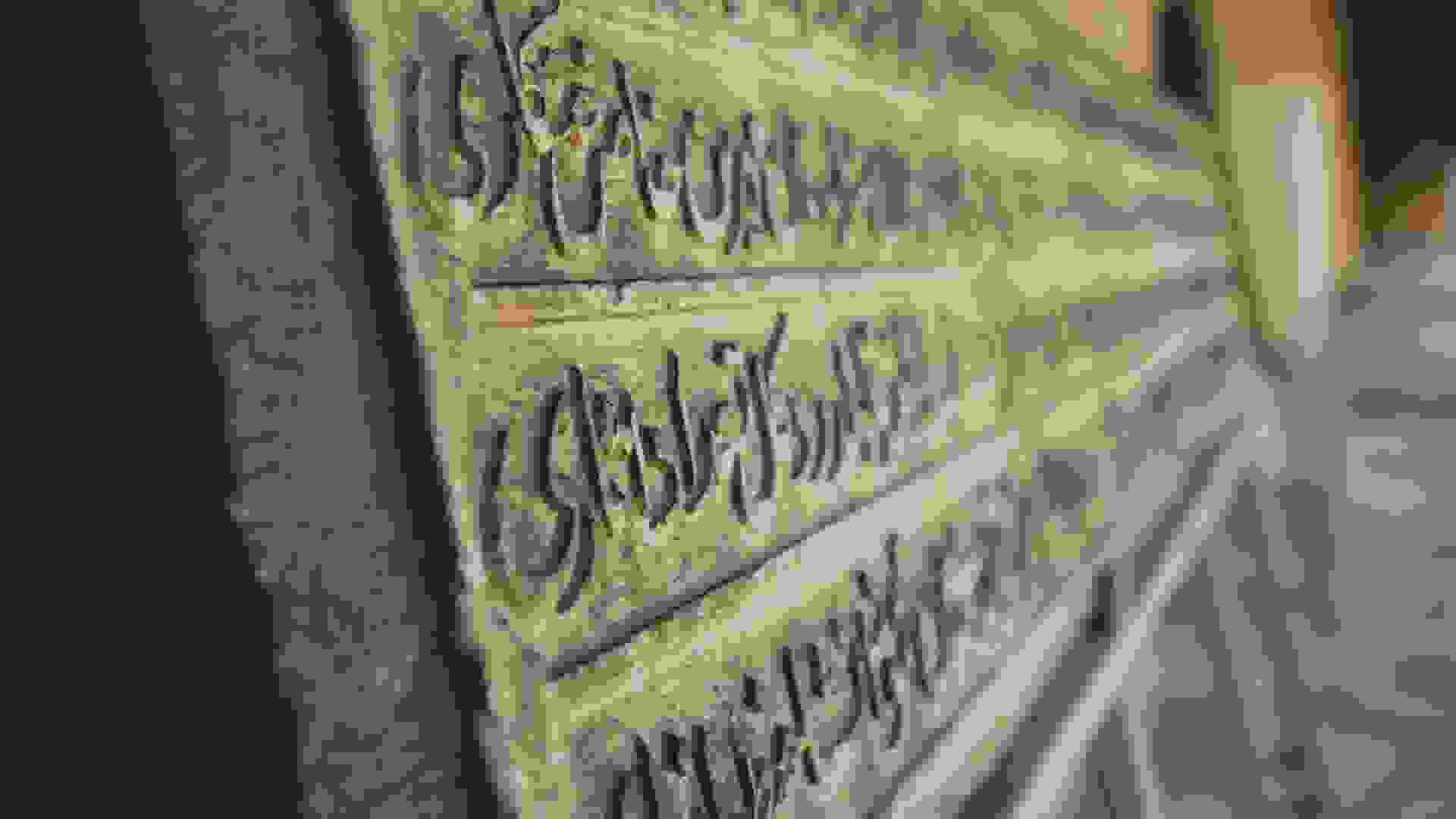 In 1453, the upstart Ottomans became an empire when they conquered the capital city of the Byzantine Empire, Constantinople, named for the Roman Emperor Constantine. While slaves, concubines and plenty of others weren’t included, the Ottoman Empire was incredibly tolerant by the standards of empires and of the world in general at the time. Religious minorities were tolerated — more Christians than Muslims lived there in its 1600s heyday, according to National Geographic — and the arts, technology and science flourished. Aside from its sheer size, the empire’s incredible wealth came from its real estate. Headquartered in modern-day Turkey, the Empire controlled the East/West divide, the land and water routes between Europe and Asia and all trade, commerce and travel that took place between them.

Find Out: Tax Tricks and Loopholes Only the Rich Know 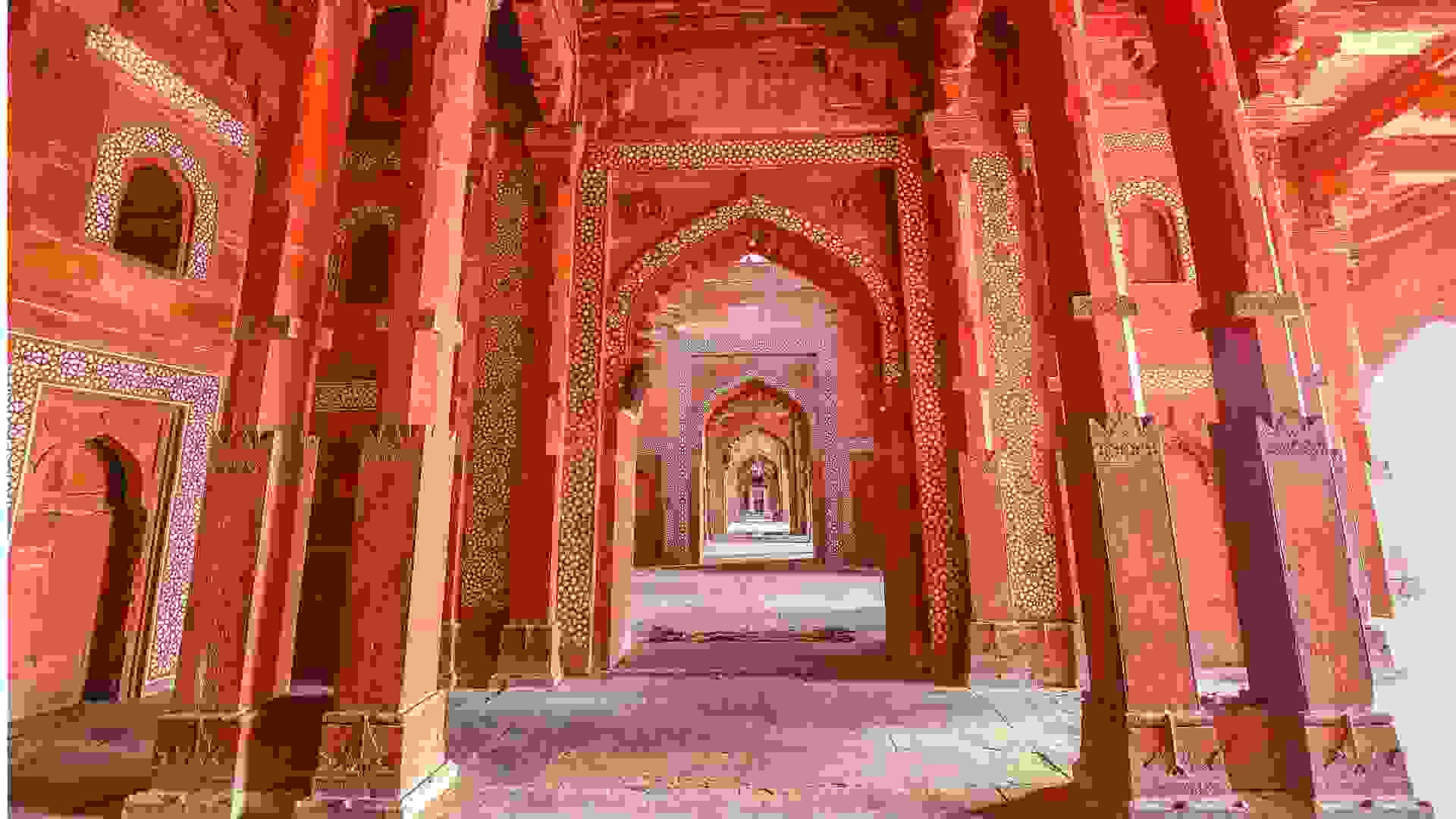 Rich, connected shot-callers at the top of their industries are called moguls. The word is derived from Mughal, the dynasty that ruled modern-day India after Babur founded the empire in the early 1500s.

Situated between China to the East and the Muslim world to the West, the Mughals exploited their advantageous geography to become a crossroads of global trade. They abolished key taxes and invested in roads, river routes and ports to make sure that when money changed hands between the East and West, it changed hands there.

French traveler Francois Bernier, who passed through in the 17th century, wrote, “Gold and silver come from every quarter of the globe to Hindustan.”

Fortune estimates the Mughal Dynasty generated one-quarter of the world’s economic output at the empire’s peak in 1700.

More: Here’s How Much You Need To Earn To Be ‘Rich’ in Every State 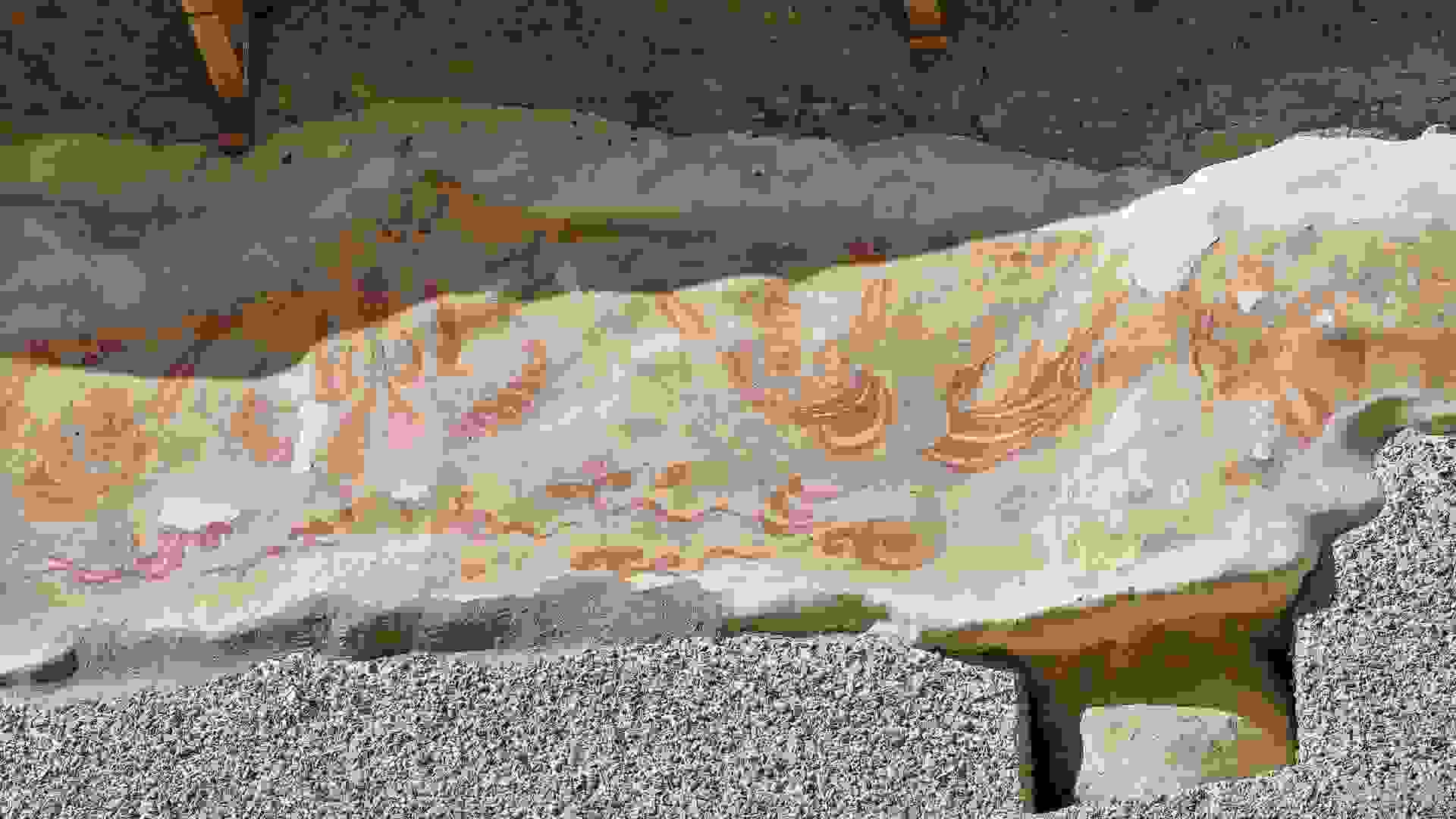 During the time of the imperial Song Dynasty from the late 10th through late 13th centuries, China was the most advanced civilization in the world. Its contributions to science, art, engineering, war, printing, sailing and exploring still reverberate today.

Fortune estimates that at its height, the Song Dynasty accounted for 25% to 30% of the world’s economic output. It commercialized agriculture, with farmers across the land growing not for hand-to-mouth subsistence as they always had, but as entrepreneurs who grew in-demand crops to sell at market. In the cities, joint-stock companies and partnerships emerged, with clear divisions between managers and shareholders, just like in modern economies. 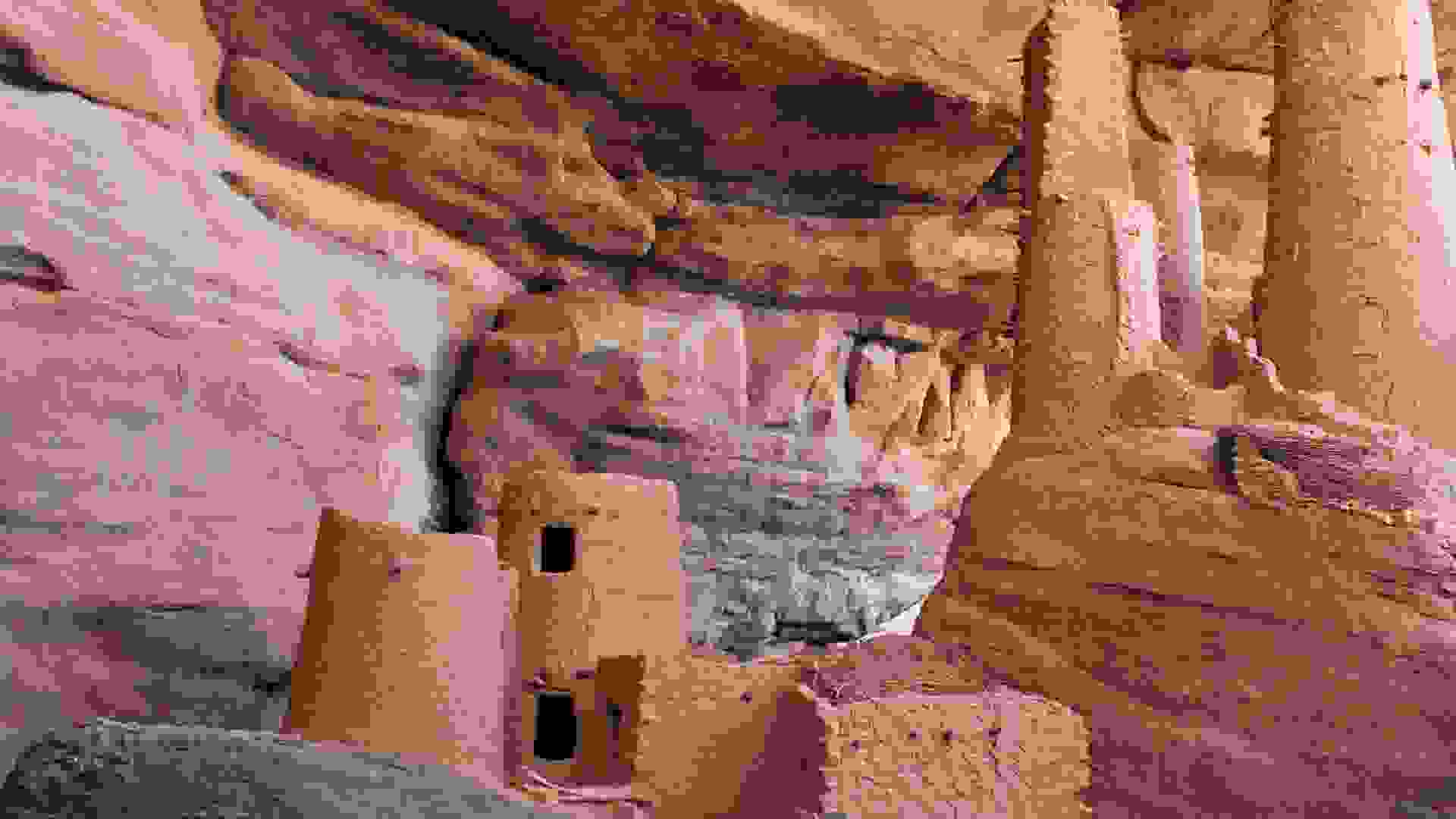 It’s estimated that Augustus Caesar controlled the modern equivalent of $4.6 trillion, but the leader of the West African Kingdom of Mali was so rich that his wealth can’t possibly be calculated.

From his headquarters in Timbuktu, Mansa Musa ruled the Mali Empire and became the man who is almost certainly the richest person ever to live. During his reign from 1280-1337, half the world’s gold came from Mali — and every single ounce belonged to him. Gold was the era’s most important commodity, medium of exchange and symbol of wealth, and Mansa Musa’s supply was virtually limitless. According to the BBC, one historian said, “Contemporary accounts of Musa’s wealth are so breathless that it’s almost impossible to get a sense of just how wealthy and powerful he truly was.” Another said he was “richer than anyone could describe.” When he visited Mecca, he rolled with a 60,000-deep entourage and 12,000 slaves. 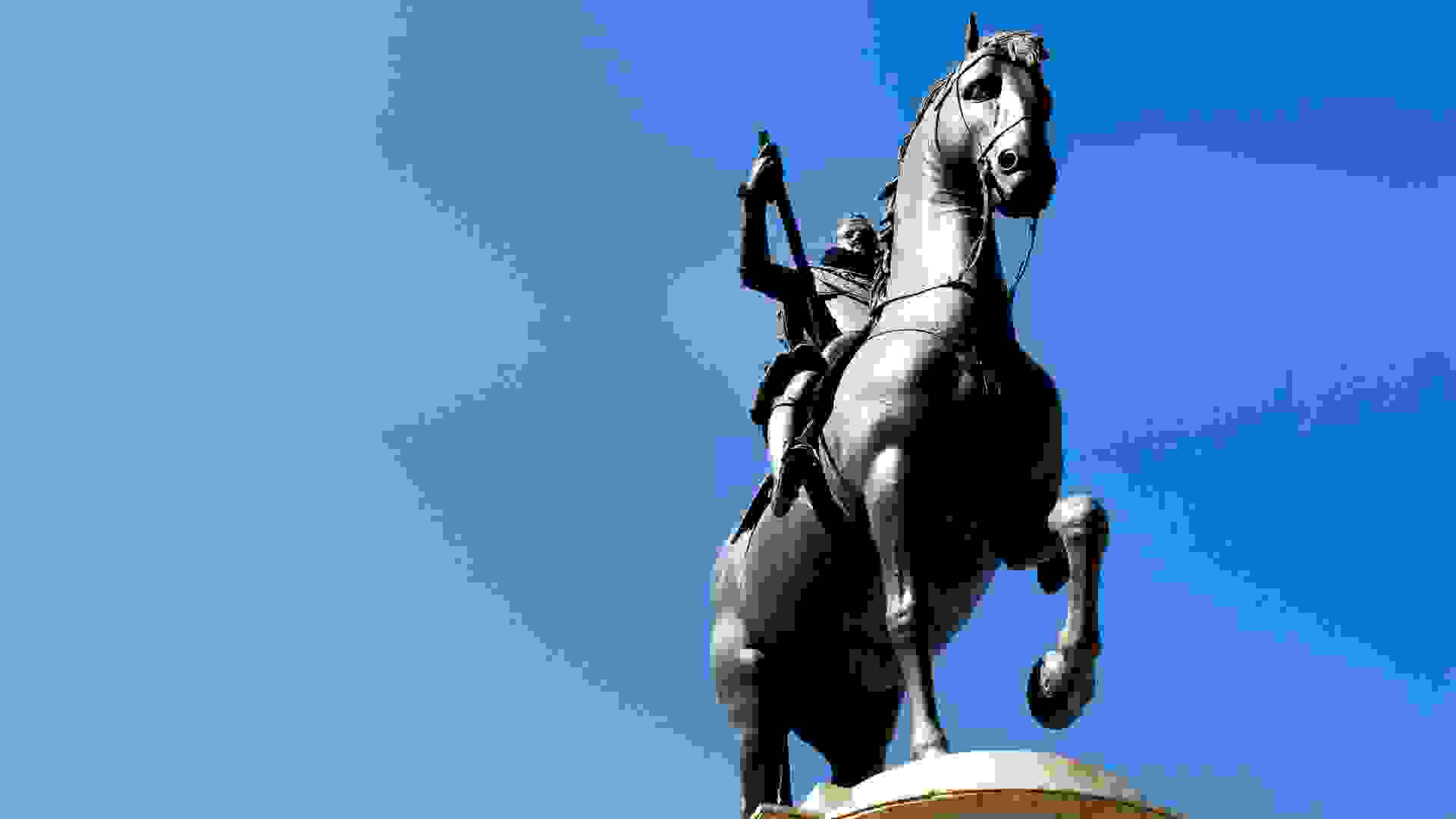 Spain sponsored Christopher Columbus, so it got first dibs on the New World. With the help of its Armada, conquistadors, muskets and smallpox, the Spanish Empire conquered and virtually eradicated the Aztec and Inca empires. Naturally, the conquerors sent their plunder home. Massive Spanish “treasure fleets” filled with gold-laden galleons sailed from South America to Spain, often through the dangerous waters of the Bermuda Triangle, where Caribbean pirates would kill for a single coin. For context as to just how much booty the Spaniards plundered, the wreck of a lone Spanish treasure galleon was discovered in 2015. Inside this single ship — the San Jose, which sank to the bottom of the Caribbean Sea in 1708 — was gold, silver, gems and treasure worth up to $17 billion.

Find Out: Signs You’re Wealthier Than You Think 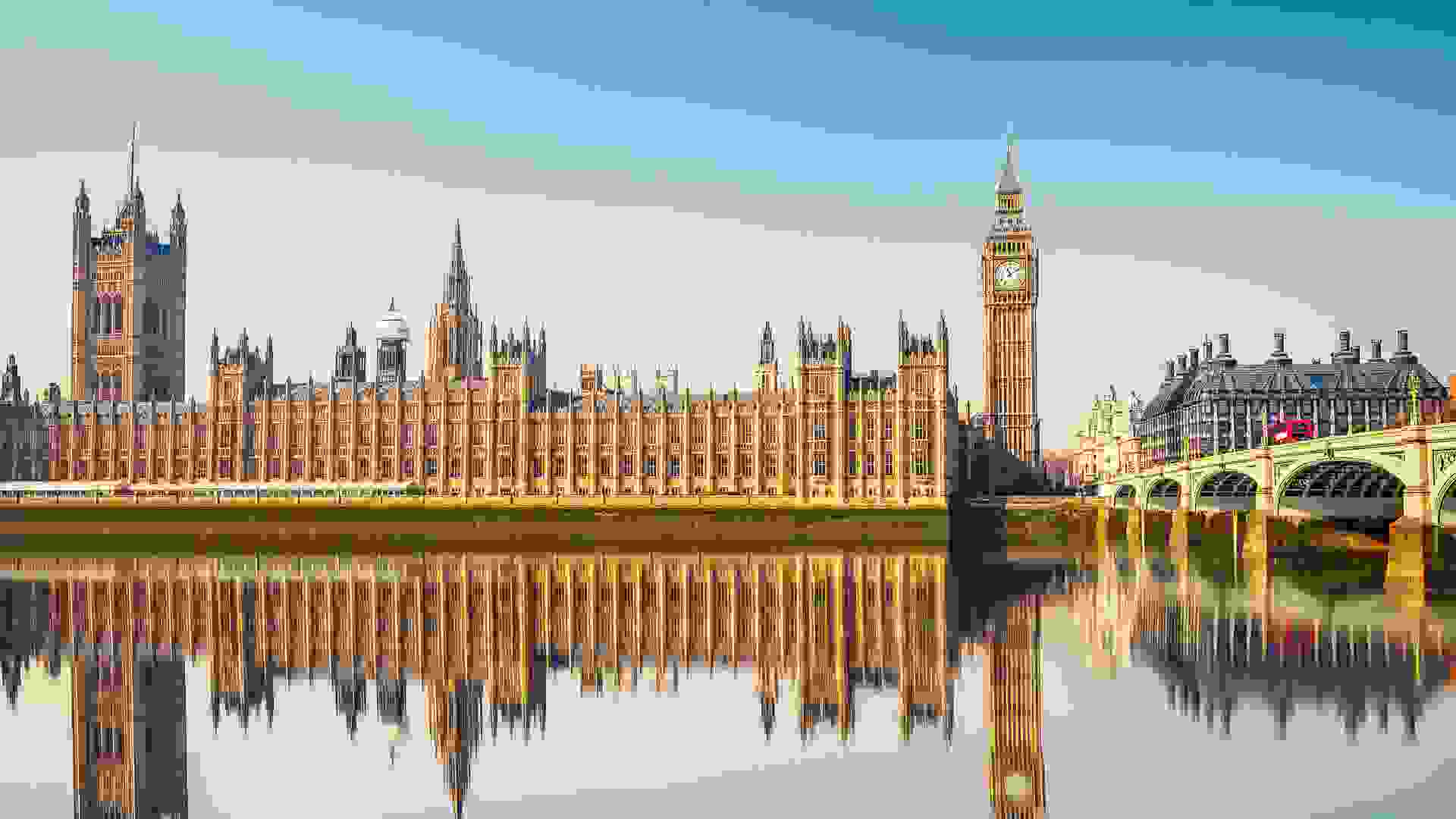 At the height of its power in the late 1800s, the British Empire had made up for the 13 colonies it lost to America and then some. It controlled half of North America, slivers of Central and South America, great swaths of Africa, the whole of Australia and the entire Indian subcontinent. At its height, it controlled 25% of the world’s landmass — geographically, the largest empire ever — and 412 million subjects or 23% of the world’s population.

From spices in India to fur in Canada, the entire thing was propped up by a global network of exploitative colonial “trading” posts. The system subjugated and impoverished native people in their own lands and shipped the riches of the world back to London. To this day, currency in countries from Canada to Australia bears the image of the British queen. 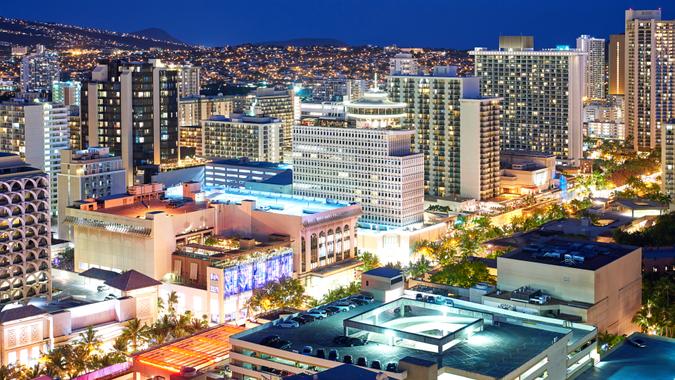 10 States With the Most Millionaires