Is It Time to Revise Your Financial Goals For the Post-COVID Economy? 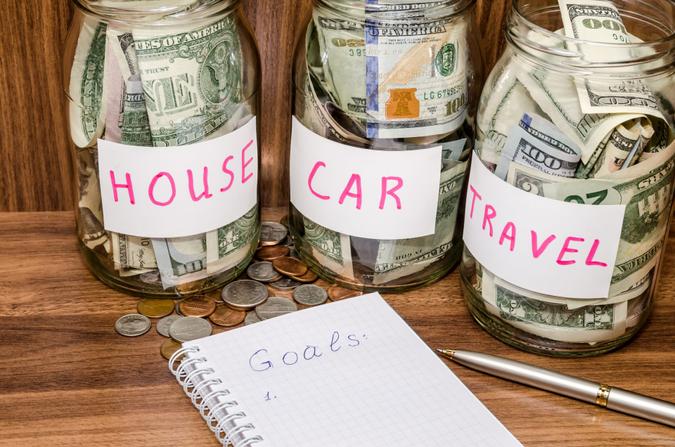 With life slowly returning to normal as COVID-19 restrictions ease and more people get vaccinated, many Americans are taking a long, hard look at their financial goals, and deciding how or even whether to revise and recalibrate them.

See: How To Keep Your Financial Planning On Track in 2021
Find: Big Personal Goals That You Should Put Your Money Toward

Your own revisions will largely depend on how the pandemic affected you financially. As Money magazine noted last month, some people were financially devastated by the pandemic, while others actually watched their savings grow.

According to the Bureau of Economic Analysis, the personal savings rate in March was 27.6%, with savings pushing above $6 trillion. More than 80% of people entered 2021 with extra funds, according to Money’s own survey results, mainly because lockdowns and restrictions prevented people from spending money on travel, dining out and entertainment.

Many of those with additional savings will likely start splurging again in a post-COVID economy. But most people are expected to become more conservative in terms of spending and long-term financial goals.

On Monday, CNBC reported that the pandemic forced many Americans to put off financial milestones like buying a house or car. Others were forced to tap into emergency savings or even take on additional debt. People who took a hit during the pandemic will put a greater emphasis on simply becoming financially whole again.

“If they were hammered by 2020, they may have to push out retirement for a couple of years (and) that’s OK,” Tania Brown, a Certified Financial Planner and coach at SaverLife, told CNBC. “They may have to get some of those financial fundamentals taken care of first.”

Even as the economy recovers, many people will have to adjust their financial expectations to fit the new normal.

Lauren Anastasio, a CFP with SoFi, told Money that many people will put a greater emphasis on saving extra money because of the security it brings, and out of “fear of reverting back to a place where money is a scarce resource.”

In some cases, people have already changed their financial habits because of the pandemic – whether it’s spending less freely or revising their savings goals to build a bigger rainy-day fund. For those who developed new habits during the pandemic, there’s no reason to end them even as life returns to normal.

See: The Financially Savvy Female: How Millennial Women Can Take Control of Their Debt
Find: 5 Areas of Your Budget You Should Revisit

“A lot of people have this expectation that there’s going to be this magical date when this pandemic is over and we’re going to revert back to life in 2019,” Anastasio said. “That doesn’t have to be the case.”

Craig Hawley, head of Nationwide’s Annuity Distribution, wrote in an April column for Financial Advisor that many people will establish more conservative financial and investing goals in a postpandemic world. For these people, he offers the following suggestions: