The Top Ways That US Millionaires Make Their Money 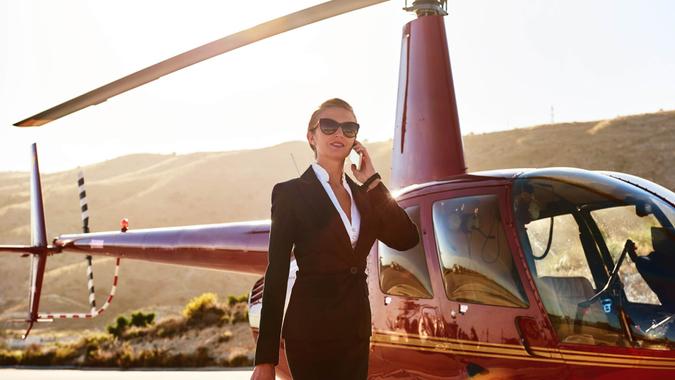 Nearly 22 million Americans have net worths of at least $1 million, according to the 2021 Credit Suisse Global Wealth Report — more than 8% of the country’s adults. There are 820,000 millionaires living in New York City alone.

Find Out: Just How Rich Are Elon Musk, Donald Trump and These Other Big Names?
See: Here’s How Much You Need To Earn To Be ‘Rich’ in Every State

Each and every one of them has a different story about how they got there, but many of America’s millionaires share similar traits, skills, behaviors, philosophies and fields. All are either self-made or they were born into it, and most of those who earned their big bucks took one of four broad, general paths to get there. From there, 10 industries stand out above all the rest as assembly lines for the ultra-rich — but no matter the industry, most millionaires are joined together by a few common unifiers.

To help illuminate a path toward a seven-figure net worth, GOBankingRates used a variety of sources to examine the industries, backgrounds, tendencies and income sources that are common to America’s millions of millionaires.

Read: The 5 Fastest Ways To Become Rich, According To Experts

If You Don’t Win the Birth Lottery, You’ll Have To Earn It Yourself

Every millionaire in America falls into one of two categories: those who are self-made and those who became rich through that oh-so-important original roll of the dice when they were born into money. The latter, of course, is the easier of the two options — but it’s not the most common.

According to the 2021 Wealth-X World Ultra Wealth Report, the vast majority of ultra-high net worth (UHNW) individuals — those worth at least $30 million — are self-made, 72%, to be exact. Granted, that percentage is for the entire world, not just the United States, but America is the land of UHNW individuals.

And of these individuals, 101,240 of them live in the United States. The next closest competitor, China, is home to fewer than 30,000 despite the country’s enormous population advantage. The U.S. hosts three of the world’s top five UHNW cities (New York, Los Angeles and Chicago) and six of the top 10 (add on San Francisco, Washington, D.C. and Dallas).

Be Aware: $1M Is No Longer the Standard Nest Egg – Here’s How Much Most Americans Think You Actually Need To Retire

The Four Paths to Seven Figures

In writing for CNBC, financial expert and author Tim Corley outlined the results of research he conducted for one of his books. The results revealed that people tend to follow one of four paths to becoming millionaires.

The easiest way, and the only way that comes with something like a guarantee, is what Corley calls the saver-investor path. Around 1 in 5 millionaires in his study banked their first million in their mid-to-late 30s despite their middle-class incomes. They did so by living frugally and by saving and investing at least 20% of their income consistently from early on in their working lives.

The hardest path — followed by about 28% of millionaires — is the so-called dreamers path. These millionaires strike it rich by beating the odds at a high-reward, low-probability endeavor like becoming a successful actor, athlete, musician or millionaire business owner. The lifestyle is defined by long hours, lots of stress and years of toiling without a steady paycheck. When they hit, however, they hit big — their average net worth is $7.4 million, the highest in the study by far.

About 1 in 3 millionaires made their money through what Corley calls the company climbers path. Ascending the corporate ladder into executive territory lands the average climber $3.4 million after 22 years.

Finally, there’s the virtuosos path, which is Corley’s name for the tradeoff of money for knowledge and expertise. About 1 in 5 millionaires takes this route and earns $4 million after 20 years of doing so. Many of those years are spent learning and becoming one of the best in a highly competitive and complicated field like law or medicine, where they’re paid a handsome sum for their standout skills and knowledge.

The Industries That Make People Rich

If the status of millionaire isn’t a high enough aspiration for you, there’s no better time than now to be a billionaire — the world’s three-comma club now has a record-breaking 2,755 members, according to Forbes.

The 10 industries that produced the greatest proportion of the world’s billionaires, in order from fewest billionaires to most, are:

Read Next: The Richest Celebrity From Every State

Their Habits Are More Important Than Their Fields

While it’s true that many of America’s richest people come from the same industries, many more share the same habits, priorities and perspectives. According to Forbes, the following traits are common to the people whose bank accounts you envy: