After failing its mediation with creditors, the city of Stockton, CA is likely to file for bankruptcy in the coming days. If the Stockton bankruptcy does move forward, with a population of 290,000, it will become the largest city in the United States to seek federal bankruptcy protection.

The economic downturn, beginning with the recession in 2007, impacted the entire country, but the state of California took a large share of the struggles. The Stockton bankruptcy outcome was a result of a myriad of financial challenges that have loomed over the last few years.

The city has been hit hard by soaring pension costs and contractual obligations, along with high crime rates and the collapse of the housing market. Most recently, it has worked through $90 million in deficits through a series of massive cuts.

The option to file for bankruptcy has been on the table for the city for some time, but because the process is time-consuming and expensive, Stockton officials were exploring alternate options with creditors. Now, as time dwindles down, the likelihood of the city avoiding bankruptcy is growing slim.

City May File for Bankruptcy This Week

Stockton City Manager, Bob Deis, said recently that officials have little choice but to recommend that the city file for bankruptcy after failing to work out finance agreements with creditors to address the city’s $26 million budget deficit.

Under bankruptcy protection, city officials would retain power of the day-to-day operations and staffing, but a judge would make all decisions concerning the city’s debts, including how creditors should be paid, as well as how much and in what order.

Stockton is likely to take the route of Chapter 9 protection. The City Council voted 6-1 on Tuesday to adopt a special bankruptcy budget to address the city’s multi-million dollar shortfall if it files for bankruptcy as expected, by Friday. 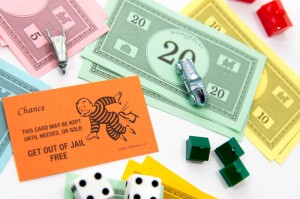 Why Bankruptcy Isn’t a “Get Out of Debt Free” Card