As part of her organizing philosophy, Marie Kondo teaches that less is more — but that lesson doesn’t necessarily apply to her impressive finances. The tidying coach, founder of the KonMari Method, author of “The Life-Changing Magic of Tidying Up: The Japanese Art of Decluttering and Organizing” and star of the Netflix show “Tidying Up With Marie Kondo” is now worth millions. Here’s a look at this successful businesswoman’s background, career and net worth.

Marie Kondo got her start in the world of organization as a Japan-based tidying coach who helped executives organize their homes, Forbes reported. Word spread about her skills, and she soon had a six-month waiting list for her services. Kondo realized that individually consulting with people about how to clean up their lives was not the best way to scale her business, so she wrote a book about her KonMari Method to help teach others her ways. The method is based on the idea that each item you own should “spark joy” — and if it doesn’t, it should be discarded.

Since writing her first book, “The Life-Changing Magic of Tidying Up: The Japanese Art of Decluttering and Organizing,” Kondo has written several more; launched the KonMari lifestyle platform to give fans of her method access to consultants, a newsletter, a mobile app and more; certified more KonMari consultants through a seminar and practice sessions; and landed her own Netflix show.

Find Out: How Much It Really Costs to Tidy Up Like Marie Kondo

Kondo released “The Life-Changing Magic of Tidying Up: The Japanese Art of Decluttering and Organizing” in 2014, and it has gone on to become a No. 1 New York Times best-seller with 8.5 million copies sold. She has subsequently released other titles including “Spark Joy: An Illustrated Master Class on the Art of Organizing and Tidying Up” (2016) and “The Life-Changing Manga of Tidying Up: A Magical Story” (2017).

Her books have now been published in 41 countries and regions around the world.

Add These to Your ‘Must Read’ List: 9 Best Investing Books for Beginners

On New Year’s Day 2019, Netflix launched the eight-episode series “Tidying Up With Marie Kondo,” which follows Kondo as she helps people clear their clutter and transform their lives. Although Netflix hasn’t released audience data, the show clearly struck a nerve with viewers who have been flocking to consignment stores with donations and calling professional organizers to get their own help tidying up, The Washington Post reported.

Don’t Miss: 20 Hidden Sources of Income Lying Around Your House

Kondo is the founder of the company KonMari, which connects people to certified consultants through an online database. She also hosts seminars that cost upward of $2,000 to attend, and are one of the first steps in becoming an officially certified KonMari consultant. Consultants pay an annual fee of $500 to keep their certification.

Keep reading about other great and unusual jobs. 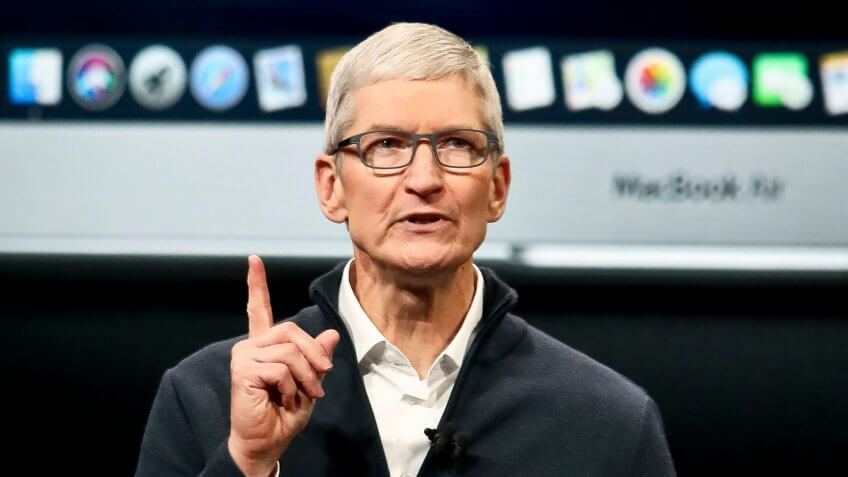 Tim Cook Reveals What He Does at 4 a.m. Every Day — It Has

Tim Cook starts his day by finding out what Apple users think.