News anchor Anderson Cooper has a net worth of $110 million, according to Celebrity Net Worth. That wealth is largely derived from his career in journalism, which dates back to 1992. Although he’s also a member of an old, wealthy New York family and has benefited from their connections, he hasn’t received a trust fund or inheritance.

Here’s a look at Cooper’s net worth as he celebrates his 51st birthday on June 3.

Anderson Cooper commands a salary of $12 million a year from CNN, according to Variety, making him one of the highest-paid newsmen in the country. Cooper currently hosts the CNN news program “Anderson Cooper 360°,” and has appeared on a number of other CNN shows, including “Anderson Live,” “CNN Newsroom” and “New Day.” Cooper also served as the executive producer of the HBO documentary “Nothing Left Unsaid: Gloria Vanderbilt & Anderson Cooper” in 2016.

In addition to that eight-figure salary, Cooper is also a successful author. He penned the best-selling “Dispatches From the Edge: A Memoir of War, Disasters, and Survival,” which tells the story of his life and career, and co-wrote a memoir with his mother entitled “The Rainbow Comes and Goes: A Mother and Son on Life, Love, and Loss.”

See What These Stars Earn: 25 Popular TV Shows With the Highest-Paid Casts

Cooper was born in Manhattan, New York in 1967, the son of writer Wyatt Emory Cooper and heiress and painter Gloria Vanderbilt. His early life was marked by tragedy as his father died during open-heart surgery when he was just 10 years old in 1978, and his brother Carter committed suicide 10 years later by jumping to his death from their mother’s 14th-floor window. Cooper would cite losing these loved ones as being part of what motivated him to pursue journalism.

After graduating from the Dalton School — a prestigious private school on Manhattan’s Upper East Side — in 1985, Cooper attended Yale and graduated with a bachelor’s degree in 1989. From there, he began his career as a fact-checker for Channel One, but he soon grew bored with the job and opted to spend a year living in Southeast Asia. He filmed footage during this year that helped him land the position of chief international correspondent for Channel One.

By 2003, Cooper was hosting his own show — “Anderson Cooper 360°” — and has remained a fixture of the network for over a decade, co-moderating a presidential debate in 2016 and even hosting CNN’s New Year’s Eve broadcast. His work has earned him 13 Emmy Awards in addition to a Peabody Award and an Edward R. Murrow Award.

Anderson Cooper and the Vanderbilt Fortune

Although the wealth on his mother’s side of the family has afforded him certain opportunities, Cooper isn’t going to receive an inheritance when his mother — who turned 94 in February — passes. In a 2014 interview with Howard Stern, Cooper emphasized that he didn’t believe in inheriting money, calling it an “initiative sucker” and revealing that his mother has long made it clear that he would not be receiving any sort of trust fund or inheritance from the family fortune.

Of course, Cooper has managed to compile about half the value of that legendary Vanderbilt fortune in just his first 50 or so years, so it’s possible he wouldn’t have much need for the family money anyway. 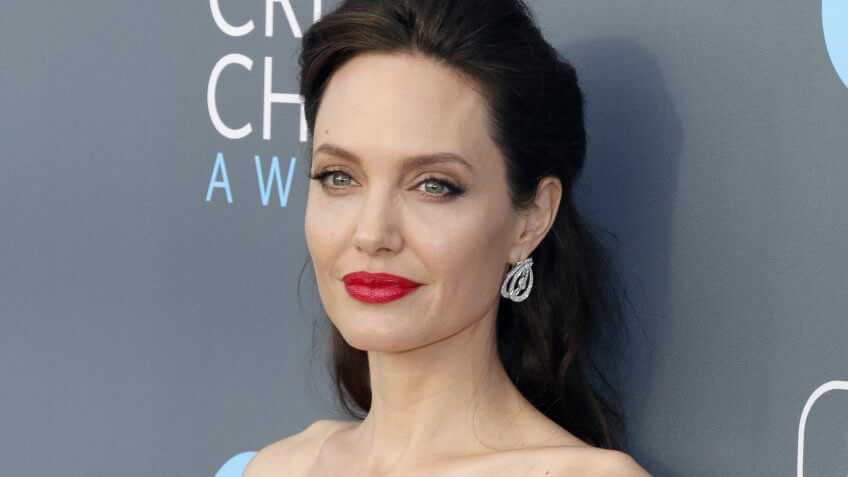 Angelina Jolie’s Shocking Net Worth After Her 20-Year Acting

GOBankingRates > Net Worth > Celebrities > Anderson Cooper Net Worth: His Fortune at Age 51