On March 25, Warner’s DC Extended Universe will kick into high gear with the release of the highly anticipated “Batman v Superman: Dawn of Justice” movie. Following the success of “Man of Steel,” DC Comics added Batman and Wonder Woman into the fold, and experts predict the movie will earn $154 million its opening weekend alone, with a cumulative take of $380 million.

Hoping to compete against Marvel Cinematic Universe, DC Extended Universe is betting a lot on “Batman v Superman: Dawn of Justice.” With a reported production budget of $410 million, it is competing with “Pirates of the Caribbean: On Stranger Tides” for most expensive movie ever made.

Many cast members in “Batman v Superman: Dawn of Justice” are veterans of the superhero genre, and roles in comic book movies have sent their net worths skyrocketing. Here is a look at the “Batman v Superman” cast, their finances and upcoming projects.

Although Ben Affleck is known for starring roles in blockbusters like “Armageddon” and the Academy Award-winning “Good Will Hunting” — which he co-wrote and co-starred in with longtime friend Matt Damon — he began accumulating his $85 million net worth in 1989, when he was paid $30 to appear as an extra in “Field of Dreams.”

Affleck earned $35 million in 2014 and owns two homes worth $27.5 million each with ex-wife Jennifer Garner. He commanded $10 million for each of his roles in “Hollywoodland,” “Pearl Harbor,” “Changing Lanes” and “The Sum of All Fears.” His $15 million earnings for the 2003 “Paycheck” was the biggest payout of his career.

Although he played Kenny Green on the TV series “Get Real” in 1999, Jesse Eisenberg’s net worth of $10 million can be attributed to the mainstream success he earned with his role in 2010’s “The Social Network.”

He has appeared in five movies that have taken in more than $100 million at the global box office, with two taking in more than $400 million and one earning more than $500 million. Cumulatively, his movies have earned $2.14 billion worldwide.

In “Batman v Superman,” Jesse Eisenberg plays Superman’s nemesis Lex Luthor. Later in 2016, the actor will appear in “Now You See Me 2” and an untitled Woody Allen project.

British-born Henry Cavill has a net worth of $14 million. Although his breakout role was on Showtime’s “The Tudors,” he is best known for his role in 2013’s “Man of Steel,” which earned $668 million at the global box office and netted him $14 million for his role as Clark Kent.

Amy Adams’ net worth of $35 million can be traced to her success at the box office and on “The Office.” She has appeared in 10 movies that have earned more than $100 million worldwide. The total earnings of her films top $3.14 billion at the global box office.

Adams, who owns a $3.17 million mansion in Beverly Hills with husband Darren Le Gallo, earned $13 million in 2014 alone. She has 54 credits dating back to her role in “Drop Dead Gorgeous” in 1999 and has been cast as Lois Lane, Clark Kent’s love interest, in the “Batman v Superman: Dawn of Justice” movie, as well as in “The Justice League Part One.”

Jason Momoa’s $4 million net worth can be traced to his success as both an actor and model. He won the coveted Hawaii’s Model of the Year award in 1998 before landing a role in “Baywatch: Hawaii” in 1999. He plays Arthur Curry/Aquaman in not only “Batman v Superman” but also “The Justice League Part One” in 2017 and “Aquaman” in 2018.

Related: 5 Most Popular Comic Book Franchises From The Avengers to Spider-Man

With credits dating back to 1991, Jeffrey Dean Morgan has earned major success on both the big and small screens — and he’s got a $4 million net worth to prove it.

His television career includes roles on “Grey’s Anatomy,” “JAG,” “Weeds,” “The Walking Dead” and “Texas Rising.” He plays Bruce Wayne’s father, Thomas Wayne, in “Batman v Superman.” His movies — which include the $185.3 million-earning “Watchmen” — have pulled in $546 million at the global box office.

Jena Malone began building her $4 million net worth with a role in “Chicago Hope” in 1996. In 1998, she earned $325,000 for her role in “Stepmom.” Among her biggest roles were in “The Hunger Games: Catching Fire” and “The Hunger Games: Mockingjay Part 1,” which earned $865 million and $755.4 million at the global box office, respectively. In all, her films have grossed nearly $2.17 billion worldwide.

It is rumored that her character has been cut from the theatrical version of “Batman v Superman: Dawn of Justice” but that she will appear in the R-rated ultimate edition scheduled for home release. She has three other projects due out in 2016: “Bottom of the World,” “Lovesong” and “The Neon Demon.”

Winner of the 2004 Miss Israel beauty pageant, Gal Gadot’s $10 million net worth comes from her success as both a model and actress. Her love of motorcycles and the knowledge of weapons she picked up during her two years of service in the Israeli army helped her land a role in 2009’s “Fast & Furious” and two additional “Fast & Furious” films. 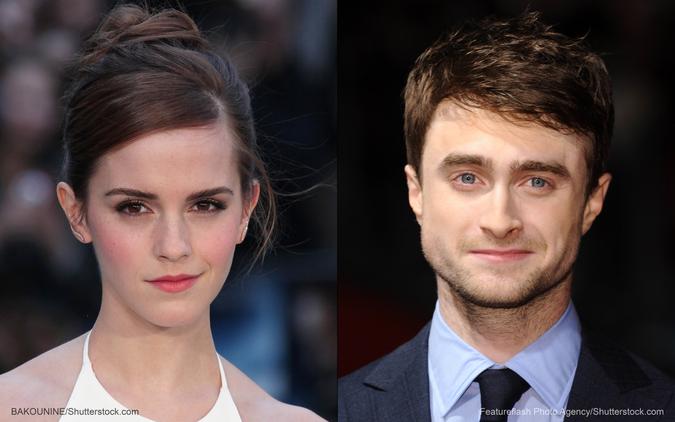 From 'The Philosopher's Stone' to 'Deathly Hallows,' see how much the top Harry Potter actors made.