Chip and Joanna Gaines’ Net Worth Upon Launch of Magnolia Network 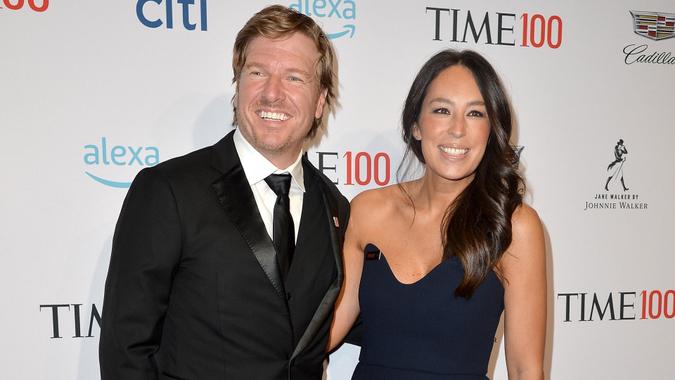 After a couple of years unofficially out of the media spotlight, home improvement gurus and loveable power couple Chip and Joanna Gaines have re-entered public life with gusto. Their Magnolia Homes construction and design business has grown to include their Magnolia Market shops, a restaurant, books, a magazine, a realty company, luxury property rentals and even a successful product line with Target.

See: ScarJo Sues Disney for Breach of Contract – How Much Is the ‘Black Widow’ Star Worth?
Find: How Much Is US Olympian Simone Biles Worth as Her Event Finals Status Remains Unknown?

This prolific, creative pair worked locally to makeover their hometown of Waco, TX, but ended up reality TV stars due to the surprise hit HGTV program “Fixer Upper” that launched in 2013. Fans were heartbroken when the Gaines’ left their show in 2017, citing that they wanted to focus on their family, marriage and other endeavors. However, not only did Chip (46) and Joanna (43) return to regular scheduled programming by the launch of their new Magnolia channel on July 15, but they announced even more ventures.

The Magic of “Fixer Upper”

When Chip and Joanna Gaines first appeared on HGTV’s “Fixer Upper,” the world took notice. Their charming personalities and witty banter won the hearts of millions of people. Watching them transform a dilapidated property into something beautiful made people feel good, and they were able to run with this opportunity to achieve even greater success.

Chip and Joanna reportedly earned $30,000 for each episode, as reported by E!, which did not include the fees they received from the families whose homes they renovated. So, they could take home upward of $510,000 in a single season, but that wasn’t the biggest benefit to their new-found fame. Becoming reality stars enabled Chip and Joanna to build their name recognition and promote their Magnolia brand. An example of how this was done is that they renovated their restaurant Magnolia Table on the show and it became a huge hit.

Chip and Joanna Gaines’ Net Worth

At the time of their hiatus from reality TV, Joanna and Chip were said to be worth around $10 million each, giving the power couple a combined net worth of $20 million. But now, just four years later, their empire has been valued to have the potential to become a billion-dollar industry.

The combination of the show, Magnolia properties and storefronts, book deals and many other exciting entrepreneurial endeavors have been reported to be valued at a whopping $750 million, if a recent insider source to OK Magazine is to be believed.

The Gaines had been running Magnolia Homes and Magnolia Market — a marketplace in Waco — since before the show began, but they’ve added to their net worth by expanding the Magnolia brand to include a number of new business ventures, including the Magnolia Seed and Supply.

The Magnolia empire began with Magnolia Homes, the Gaines’ renovation business and Magnolia Market, originally just a single storefront run by Joanna. The couple closed the original Magnolia Market to focus on raising their children and give more attention to Magnolia Homes. However, they reopened it in 2014 at a new location — the Magnolia Silos — in downtown Waco. The Market now includes a bakery, a garden and garden shop, and food trucks ready to feed hungry HGTV fans. The Market is also available to shop online.

Target has recently been expanding its home brand offerings — including a new 750-piece Made By Design collection that launched on June 23, 2018 — and the megastore’s collaboration with the Gaines for the Hearth & Hand With Magnolia collection has been part of its home collection push.

The multi-year collaboration launched in November 2017 with a 300-piece collection, with most items priced under $30. It is still going strong with new offerings regularly being added to their home and home office decor collection.

The Gaines have also gotten into the book business, with Chip releasing his autobiography “Capital Gaines: Smart Things I Learned Doing Stupid Stuff” in October 2017. The book is now a New York Times #1 best seller.

More: Where Do Americans Get Their Money Advice? Top Authors and Books

In April 2018, Joanna released the “Magnolia Table” cookbook, which features the classic, homestyle recipes served at their restaurant Magnolia Table. The book — which retails for $30 — sold 169,000 copies in its first week of sale, making it the best-selling cookbook of the last two years, Publishers Weekly reported.

Joanna’s design book “Homebody” came out in the fall of 2018. Her second cookbook “Magnolia Table, Volume 2: A Collection of Recipes for Gathering” was released on April 7, 2020. She has also published two children’s books titled “We Are the Gardeners” and “The World Needs Who You Were Made to Be.”

Chip and Joanna Gaines met when they were both working and living in Waco, and tied the knot in 2003. They have five children together — Drake, Ella, Duke, Emmie Kay and Crew.

Discover: What Is Gwen Stefani’s Net Worth?
Learn: Meghan Markle, Half of a Financially Fit Power Couple, Is Now Worth $50 Million or More

Although Chip and Joanna Gaines divorce rumors regularly circulate in the media, the couple has publicly denied that the claims are true. They have said that divorce “is not really an option” despite a “not perfect” marriage.