The 61st Grammy Awards honored country superstar Dolly Parton with a special tribute on Feb. 10. Miley Cyrus, Katy Perry, Kacey Musgraves and Maren Morris joined Parton on stage during the show. Parton was also named the 2019 MusiCares Person of the Year on Feb. 8.

Seemingly destined for fame from a childhood, Parton learned to play the guitar when she was eight years old, recorded her first single at age 13 and even sang at the renowned Grand Ole Opry. After graduating high school in 1964, she moved to Nashville to become a country singer, and the rest is history.

Take a look at Dolly Parton’s career and find out how she earned her fortune.

See More: Country Singers With a Net Worth of at Least $20M

Already larger than life, Dolly Parton’s net worth keeps on growing. In 2016, she added another $19 million to her fortune, according to Forbes — making her one of the richest female singers ever.

Like many other celebrities, Parton is a charitable star who gives back and has never forgotten her roots. In 1995, she founded Dolly Parton’s Imagination Library, which mails preschool children books each month. To-date, the program has donated more than 80,000 books to children in the U.S., Canada and the U.K.

She was also quick to step in when deadly wildfires ravaged her home state of Tennessee in late 2016. Parton launched the My People Fund, which will donate $1,000 per month for six months to those whose homes were destroyed by the fires.

Dolly Parton Songs: ‘I Will Always Love You’, ‘Jolene’ and More

Most people associate the smash hit “I Will Always Love You,” with Whitney Houston, but it’s actually one of Dolly Parton’s songs. Initially released in 1974, the song was on her “Jolene” album.

Written by Parton and originally performed exclusively by the country crooner, the song secured the No. 1 spot on the U.S. Billboard Hot Country Songs charts twice. Its initial ascent to the top was in 1974 when it was first released and it’s second in 1982 when she re-recorded it for “The Best Little Whorehouse in Texas” soundtrack.

In 1992, Whitney Houston recorded the song for the film “The Bodyguard.” Also a hit, this version soared to the No. 1 spot on the U.S. Billboard Hot 100 and spent 14 weeks there.

“The Bodyguard” soundtrack is one of the best selling albums in history, with more than 17 million copies sold. Additionally, Houston’s take on “I Will Always Love You” has sold more than 6 million singles– and Parton owns the publishing rights.

Immediately following Houston’s Feb. 2012 death, sales of the song surged to 735,000 tracks in a less than a one month span. This culminated in a $70,000 payday for Parton, according to The Hollywood Reporter. Total earnings from the song have not been publicly released, but Parton was expected to earn millions in royalties from Houston’s version. Several other singers have also covered “I Will Always Love You,” and Parton cashes in with every sale.

Many celebrities have their own business, but Dolly Parton has an amusement park. In 1986, she joined forces with Herschend Family Enterprises to transform the company’s existing Silver Dollar City theme park into Dollywood.

More than 30 years later, Dollywood is still going strong. The 150-acre park is the most-visited tourist attraction in Tennessee, with more than 75 million guests since its inception. It has approximately 2.5 million visitors annually, with one-day adult tickets priced at $67.

If you’re planning a visit to the park, be sure to check the website first, as Dollywood hours vary. It’s open roughly nine months per year and Dollywood’s Splash Country water park operates from Mid-May through Labor Day. VIP Dollywood tours are available, so plan ahead to make your visit extra special.

Don’t Miss: Theme Park Attractions That Are Totally Worth the Money

Also an accomplished actress, Parton has acted in nearly three dozen films, television shows and TV movies — garnering more than $300 million at the box office. Most recently, she starred in the 2016 NBC TV movie “Dolly Parton’s Christmas of Many Colors: Circle of Love.” Next up, she’ll lend her voice to an episode of the animated series “Lily’s Driftwood Bay.”

Parton has received several honors for her work. She was nominated for an Oscar in 1981 for Best Original Song for “Nine to Five” — from the movie of the same title — and again in 2006 for the song “Travelin’ Thru” from the movie “Transamerica.” Parton also received three Golden Globes nods for “Nine to Five,” and one each for “The Best Little Whorehouse in Texas” and “Transamerica.”

Five of her most successful films include:

The country songstress really knows how to draw a crowd. Dolly Parton’s 2011 “Better Day” World Tour included 50 stops from Knoxville, Tenn. to Melbourne, Australia, and sold nearly 275,000 tickets. It was her most successful tour yet, grossing $34 million.

Dolly Parton’s age isn’t slowing her touring schedule down one bit. In 2016, she kicked off her 60-city “Pure & Simple Tour” and released the new two-disc album “Pure & Simple with Dolly’s Biggest Hits.”

Fans were willing to pay top dollar for her first major U.S. and Canadian in more than 25 years. Prices varied by city, but ranged from $100 to $500 at Greenville, S.C.’s Peace Center. The $500 ticket price was the most expensive concert ticket ever at the venue. 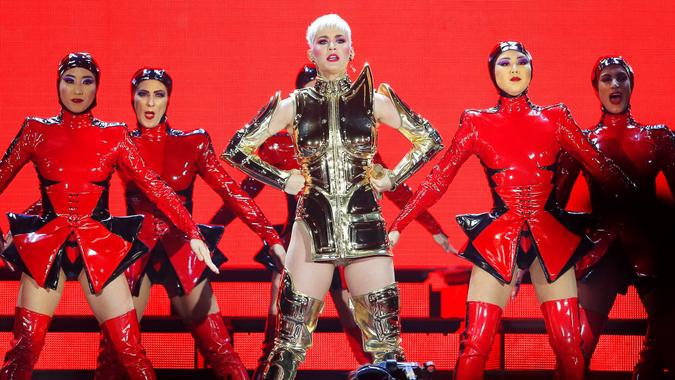 > Net Worth > Celebrities > How Much Is Dolly Parton Worth? A Look at the Country Superstar's Wealth