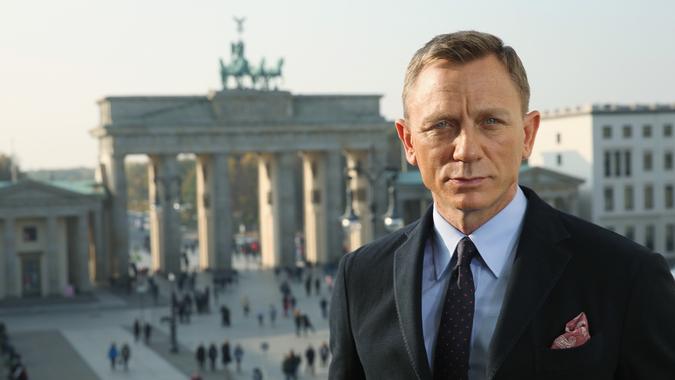 “No Time to Die,” the fifth and final installment of the James Bond films featuring Daniel Craig in the starring role, opens Oct. 8 in the United States. It made its premiere in London in September after an 18-month delay due to the coronavirus pandemic, and among those in the audience were Prince Charles, Prince William and Kate Middleton.

Moviegoers in London were clamoring to see the two-hour, 43-minute film amid “a nearly unprecedented level of demand” for tickets, according to The Hollywood Reporter.

In honor of Craig’s final turn in the starring role, here is a look at the wealth and careers of all seven men who have donned the tuxedo, sipped the martinis and driven the luxurious vehicles of James Bond.

How Much?: Celebrities Who Are Not as Rich as You Think

Nelson, an American actor, also had roles in several other shows, such as “The Twilight Zone” and “Murder, She Wrote,” and films including “The Shining.” Nelson died on April 7, 2007, at the age of 89. His net worth is unknown.

Also well known for his roles in “The Hunt for Red October,” “The Untouchables” and “Indiana Jones and the Last Crusade,” Connery’s acting career spanned five decades. Connery retired from acting in the early 2000s. He died in his sleep at his home in the Bahamas on Oct. 31, 2020, at age 90.

In 1969, George Lazenby joined the coveted list of Bond actors when he portrayed 007 in “On Her Majesty’s Secret Service” in 1969. Though that was his only film in the Bond canon, his success certainly didn’t stop — or start — there.

Before he ever picked up a pistol, Lazenby was the highest-paid model in the world for most of the 1960s. Post-Bond, he moved away from acting and pursued a variety of business and real estate investments, to which the majority of his $20 million net worth likely can be attributed.

Moore’s career stretched farther than his signature Bond role. He was also a model, television and film producer and voice actor. His career in entertainment — which began in 1945 as an extra in the film “Caesar and Cleopatra” — spanned 72 years until his death on May 23, 2017, in Switzerland at age 89. The British actor had been battling cancer, his family said in a statement on Twitter.  Moore’s net worth was $110 million at the time of his death, according to CelebrityNetWorth.

Classically trained Shakespearean actor Timothy Dalton portrayed bond in two films: “The Living Daylights” (1987) and “Licence to Kill” (1989). He has a net worth of $20 million. Before accepting the role of James Bond, he was approached about taking over for Sean Connery in 1968 but believed he was too young to play the character.

Though he is arguably best known for his Bond films, other Brosnan movies have been successful, including “The Thomas Crown Affair.” The 1999 film made $124.3 million worldwide. In 2008, Brosnan appeared in the movie adaptation of the musical “Mamma Mia!” He had three releases in 2021: a remake of “Cinderella,” “False Positive” and “The Misfits.”

See More: The 15 Highest-Grossing Actors of All Time

Daniel Craig’s acting career started in 1992, but it wasn’t until he stepped into the classic James Bond tuxedo for “Casino Royale” in 2006 that he was launched into the Hollywood spotlight. Since then, he’s starred in three other Bond films: “Quantum of Solace” (2008), “Skyfall” (2012) and “Spectre” (2015). His star turn in “No Time to Die” comes in the 25th official movie of the Bond series.

His $160 million net worth is largely due to his Bond role and highly successful spinoff video games. Craig also garnered attention for his roles in “The Girl with the Dragon Tattoo,” “Lara Croft: Tomb Raider” and “Road to Perdition.”

All net worths are attributed to CelebrityNetWorth.com unless otherwise noted.