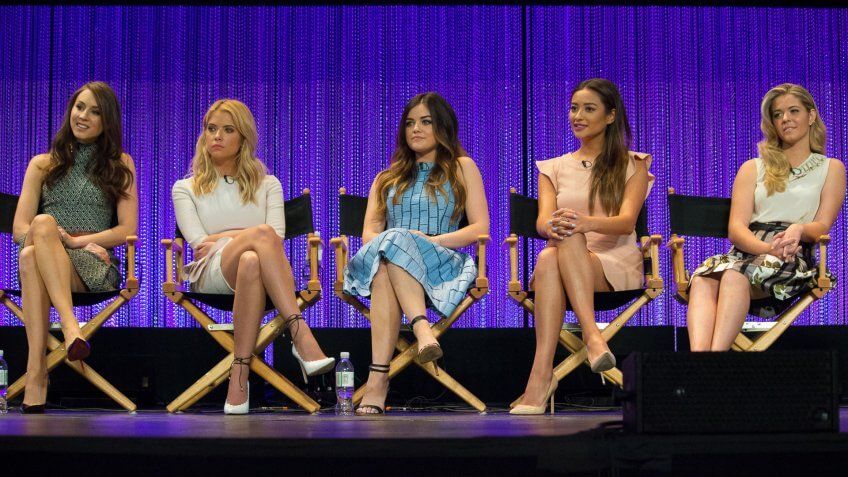 Season 7 of "Pretty Little Liars" returns to Freeform Tuesday, April 18, meaning fans are one step closer to learning the identity of Uber A. The season's remaining 10 episodes will be the hit drama's last.

Freeform's longest-running original series has contributed significantly to the fortune of its young cast. Prior to the show's return, check out how much the stars of "Pretty Little Liars" are worth. 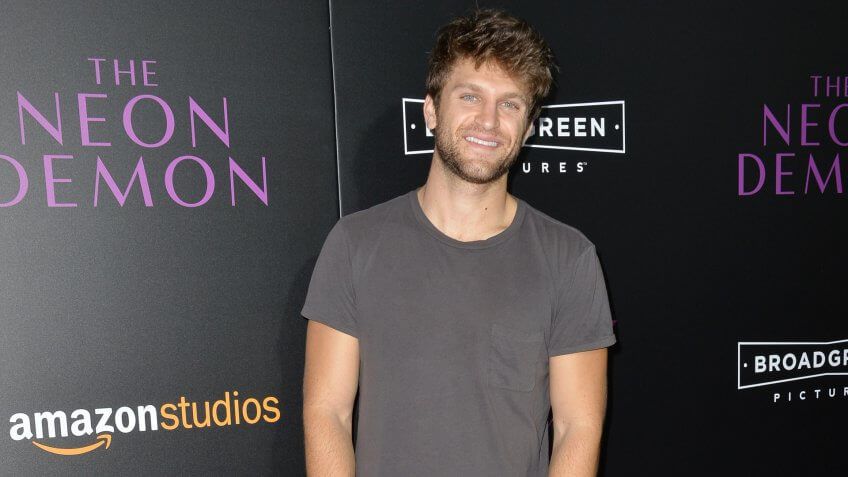 On "Pretty Little Liars," Keegan Allen plays Toby Cavanaugh — one half of "Spoby," with the other half being Troian Bellisario's character, Spencer Hastings. Allen told ABC News he hopes for a romantic, feel-good conclusion to "Pretty Little Liars," which is in contrast to star Lucy Hale's desire for a tragic ending.

Reliable figures for Allen's net worth are not available. 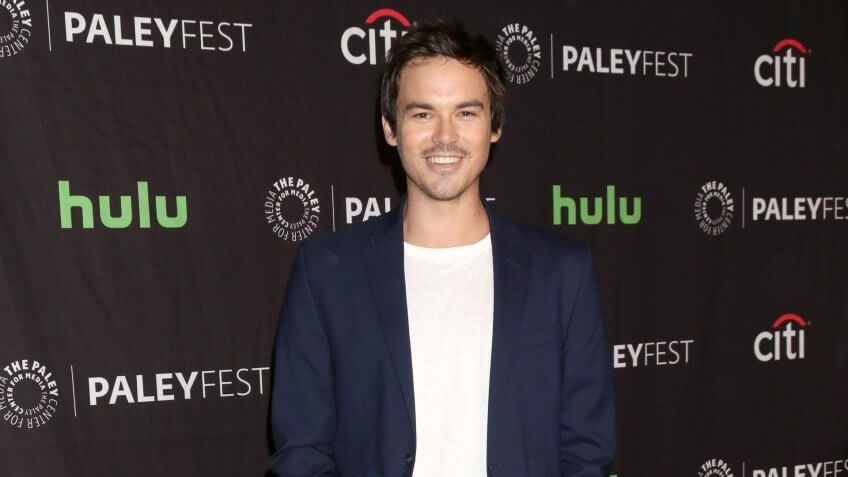 Tyler Blackburn resumes his role as Caleb Rivers in the second half of Season 7 of "PLL". He also played the same character in Freeform's "Ravenswood." Other television appearances include a starring role on the short-lived show "Wendy" and a recurring role on the soap "Days of Our Lives."

Blackburn stirred up anticipation for the return of "PLL" when he posted a risqué photo of himself at Coachella in April of last year. His net worth is not known.

Discover: This Is How Much It Costs to Be on 'The Bachelor' 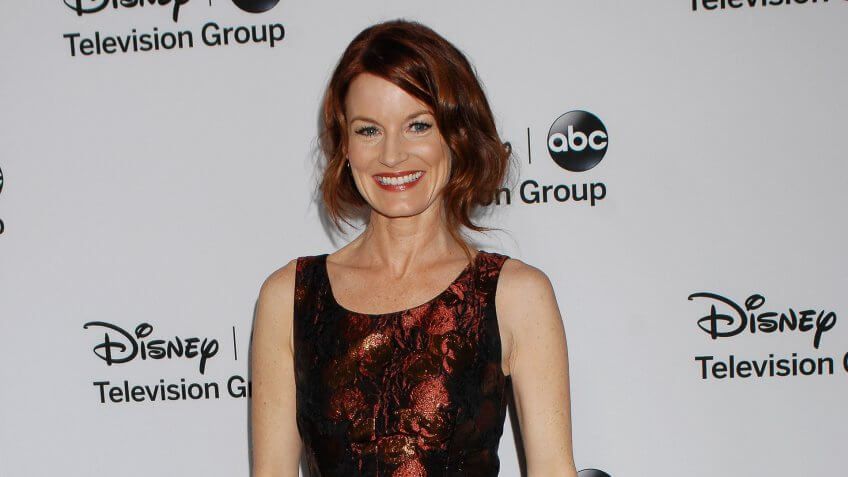 Laura Leighton plays Ashley Marin, mother of Hanna, on "Pretty Little Liars." Leighton is perhaps best known for her role as resident vixen Sydney Andrews in the '90s television hit "Melrose Place," a role she reprised for the show's short-lived run on the CW.

Leighton is married to fellow "Melrose Place" alum Doug Savant, who also starred in "Desperate Housewives." Reliable information on Leighton's net worth is not available. 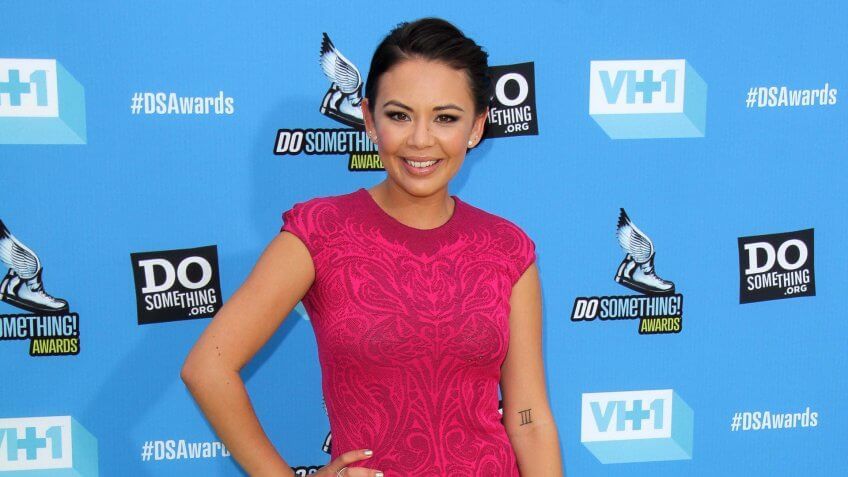 Janel Parrish made her debut as Mona Vanderwaal in the "Pretty Little Liars" pilot in 2010 and has appeared in every season since. In 2014, Parrish competed on Season 19 of the hit ABC show "Dancing With the Stars." She and partner Val Chmerkovskiy finished in third place.

Parrish fueled anticipation for the "Pretty Little Liars" final season when she let slip some details about Uber A in an interview with ET. Her net worth is $700,000. 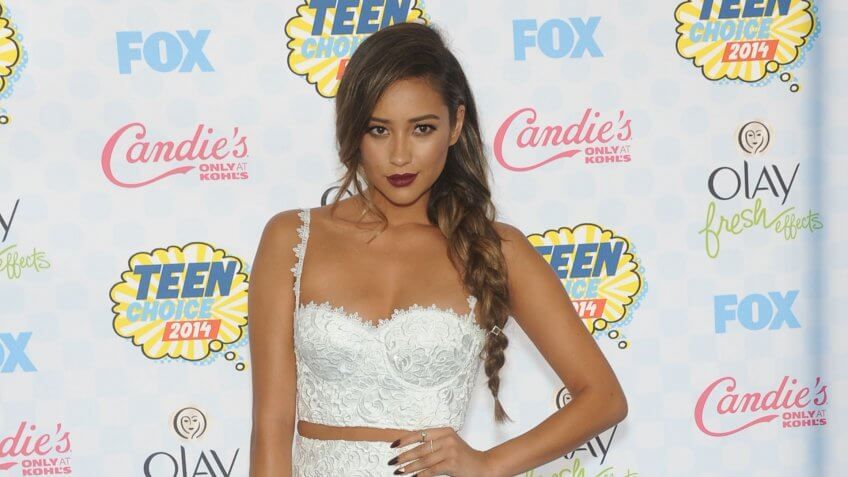 Shay Mitchell's character on "PLL" is Emily Fields. The actress, who started her career as a model, celebrated her 30th birthday earlier this month. Mitchell's first credited acting role came in 2010 when she appeared as Irina Weber on the TV series "Aaron Stone."

Shay Mitchell's net worth is $2 million. 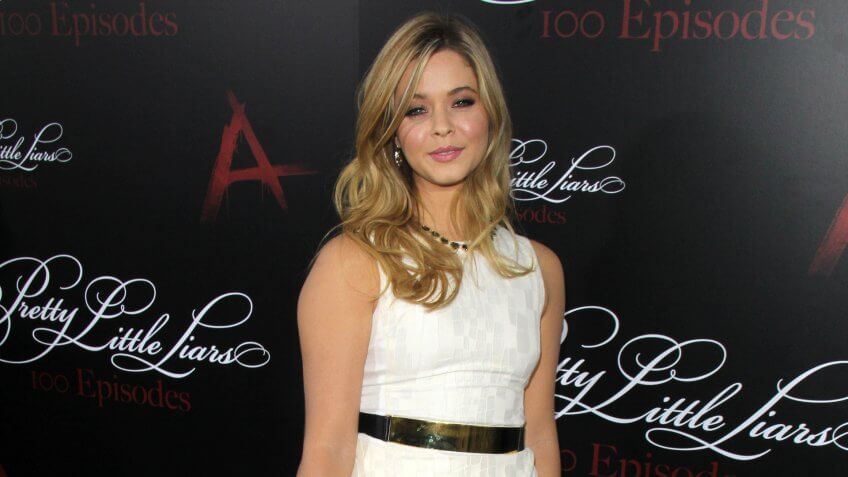 Sasha Pieterse, who plays Alison DiLaurentis on "Pretty Little Liars," started her career in South Africa. She was cast in the WB comedy series "Family Affair" at the tender age of 6.

Earlier this year, Pieterse starred in the Netflix film "Coin Heist," adapted from the popular young adult novel of the same name. At just 21 years old, she already has a net worth of $2 million. 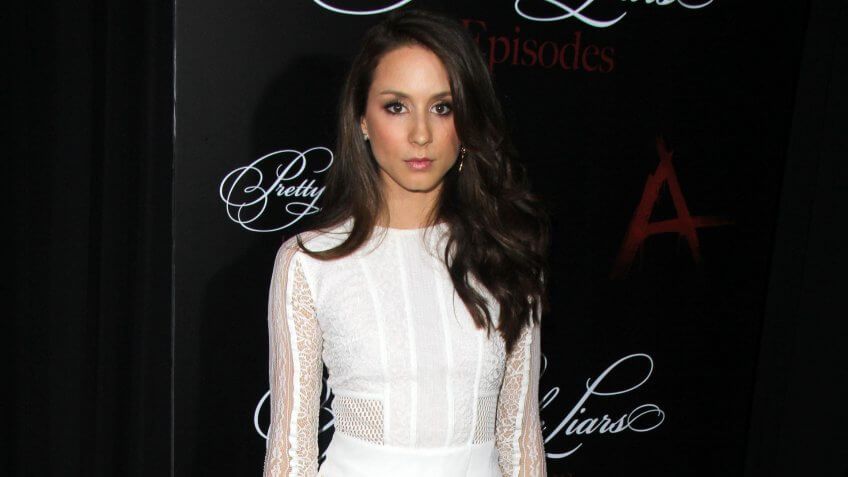 Troian Bellisario, who plays Spencer Hastings on "Pretty Little Liars," began acting when she was a toddler. She eventually landed a recurring role on "NCIS." Bellisario has also appeared in two episodes of "Suits" alongside now-husband and show star, Patrick J. Adams.

Bellisario has a net worth of $3 million. 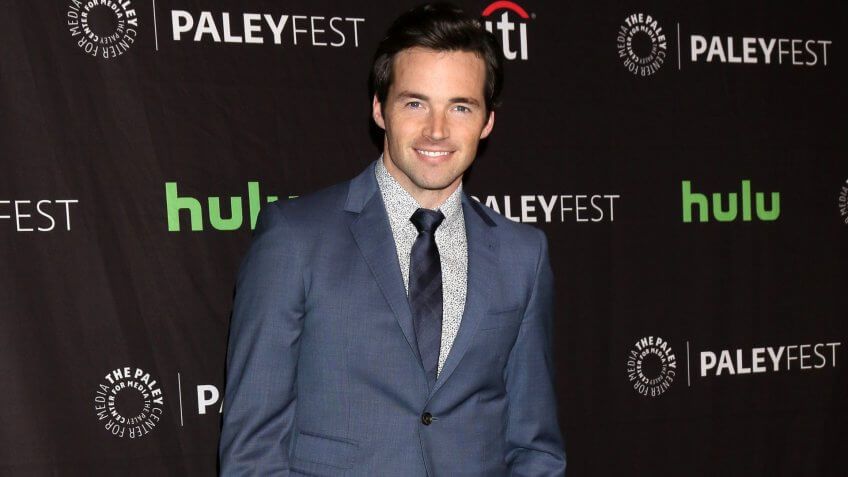 Born in Germany, Ian Harding is best known for playing Ezra Fitz on "Pretty Little Liars." Outside of the show, Harding had small roles in the films "Adventureland" and "Love & Other Drugs."

In the lead-up to "PLL" season seven, speculation arose that Ezra Fitz could be Charlotte's killer, a rumor the actor has encouraged. Harding's net worth stands at $3 million. 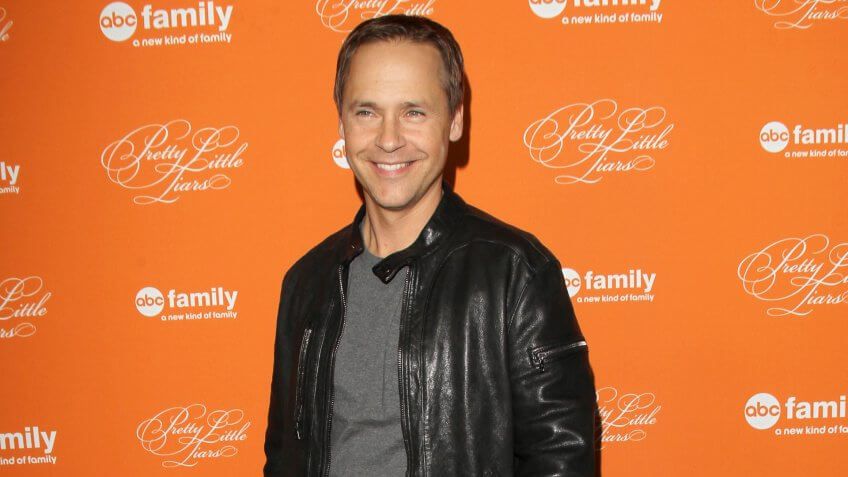 Chad Lowe was cast as Byron Montgomery in "Pretty Little Liars" in 2010. Many fans might remember Lowe as heartthrob Jesse McKenna in the popular '90s TV series "Life Goes On." He won an Emmy for the role and has held a prolific career in both television and film. Lowe is also the younger brother of '80s heartthrob actor Rob Lowe.

Chad Lowe's net worth is $4 million. 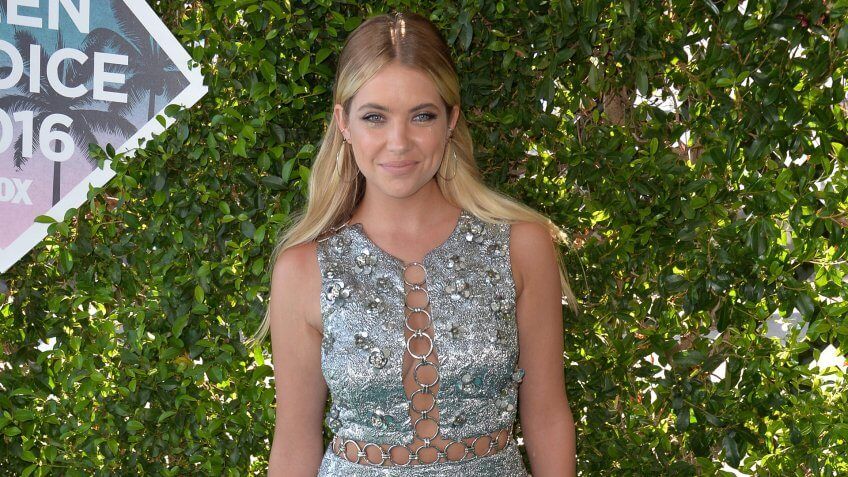 Ashley Benson returns as Hanna Marin for the second half of Season 7 of "PLL." Benson began her acting career in the early 2000s and has appeared in the movies "13 Going on 30," "Spring Breakers" and "Pixels."

Benson's net worth is $6 million. 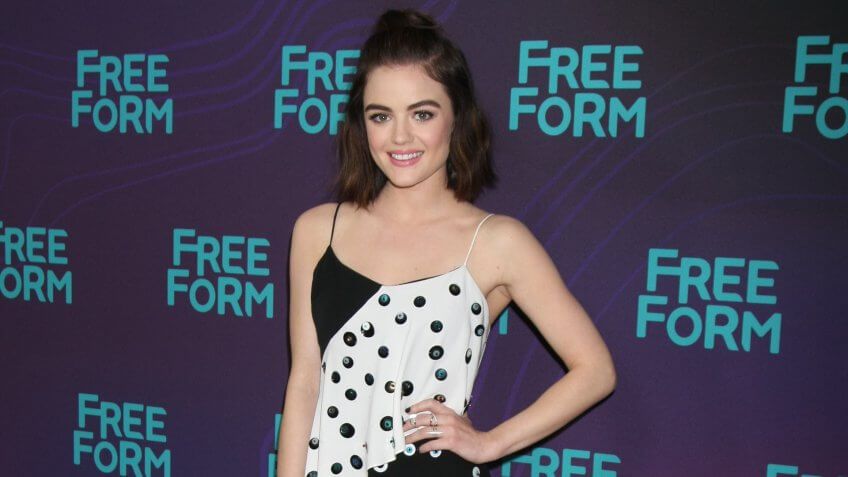 Lucy Hale plays Aria Montgomery in "Pretty Little Liars." Last year, Hale posed in an ELLE photo series inspired by Sarah Michelle Gellar's character in the film "Cruel Intentions." Not only is Hale a fan of the film, but director Roger Kumble directed a number of "Pretty Little Liars" episodes. 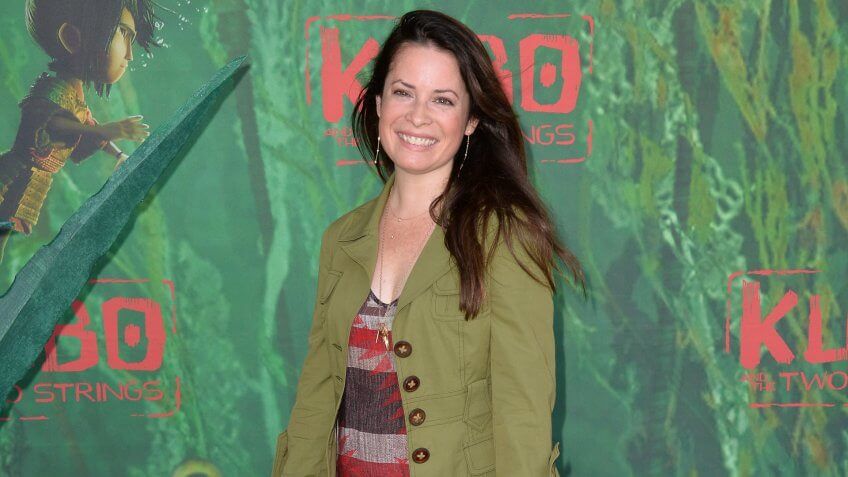 Holly Marie Combs joined the cast of "PLL" in 2010 as Ella Montgomery, mother to Aria. Combs is best known for her starring role on the hit TV series "Charmed." Prior to the witchy drama, she appeared on the TV series "Picket Fences."

With a net worth of $14 million, Combs tops the list of richest "Pretty Little Liars" cast members.

Up Next: These 'Big Bang Theory' Actors Are Paid $1 Million Per Episode

All net worth figures are according to CelebrityNetWorth.com. 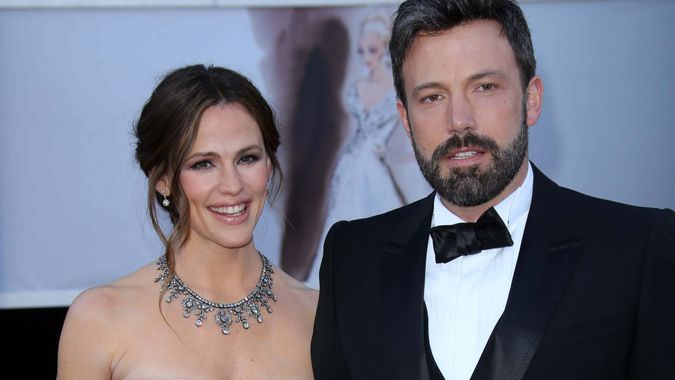 Ben Affleck Net Worth vs. Jennifer Garner Net Worth: Who Wins Out