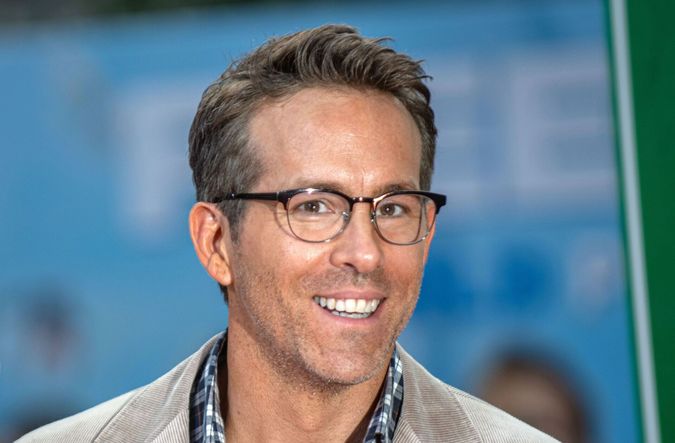 Ryan Reynolds, age 44, has made a serious impact in the entertainment industry since his beginnings on “Hilldale” — a 1991 teen soap produced in his native Canada — while raking in the fans and a lot of dough.

See: Most Successful Action Movies in the Past 10 Years
Find: 10 Highest-Paid Movie Roles of All Time

Reynolds’ box office mojo and keen business sense have led him to double his assets from $75 million to his current net worth of an estimated $150 million in just five years. In fact, he is only second to Dwayne “The Rock” Johnson on Forbes’ list of the highest-paid actors of 2020 — its most recent ranking.

What makes this even cooler is that Reynolds and Johnson are set to star in the upcoming Netflix film “Red Notice,” where both will take home at least $20 million.

The father of three, who is married to actress Blake Lively, age 33, received a star on the Hollywood Walk of Fame in 2016. Reynolds scored his first Golden Globe nomination for “Deadpool” — and proved he can do a backflip — in 2017. He has also expanded his entertainment work to writing and producing.

“Deadpool” was considered to be risky, as it’s an R-rated movie based on a comic book character. Reynolds’ base salary was only $2 million dollars, but he increased that amount ten times over with a backend deal, Celebrity Net Worth reported. In doing so, he became one of the top 20 highest-paid actors that year. While the exact earnings have not been fully revealed for the sequel, he could earned as much as $40 million all told.

See: Greatest Celebrity Products of All Time
Find: Building — Then Selling — Their Brands Paid Off Big Time for These 8 Stars

As a teenager, his first big break came with a role on “Hillside” — known as “Fifteen” in the U.S., where the series aired on Nickelodeon.

Before becoming a fixture on the silver screen, Reynolds also starred on the TV series “Two Guys, a Girl and a Pizza Place.”

See: How Much Is Owen Wilson Worth as He Joins the Marvel Cinematic Universe?
Find: 8 Rich Child Stars Who Stepped Away From Fame

See: Scarlett Johansson, Jennifer Aniston and 25 of the Richest Actresses of All Time
Find: 23 Celebrity Couples Worth Hundreds of Millions

Reynolds fell in love with Blake Lively while they were starring together in “Green Lantern.” They have been together since 2011 and were married in September 2012 at the exclusive Boone Hall Plantation in Mount Pleasant, S.C.

The couple are parents to three little girls: Daughter James was born in December 2014, followed by her sisters Inez (September 2016) and Betty (October 2019), according to IMDB.

See: 23 Athletes Who Love Giving Their Money Away
Find: Bill Gates and 15 More Rich People Who Won’t Leave Money to Their Kids

Reynolds visited Canadian fan Connor McGrath, who he met through the Make-A-Wish Foundation — an organization for which Reynolds had helped raise $25,000 — for three years before the 13-year-old succumbed to cancer in 2016. On one of his trips to see McGrath, Reynolds brought him a copy of the movie — allowing the young fan to be the first person to see it — and donated to the boy’s YouCaring campaign for an experimental cancer treatment and encouraged the rest of his fans to chip in.