The Largest (and Most Surprising) Salaries for 25 TV Actors 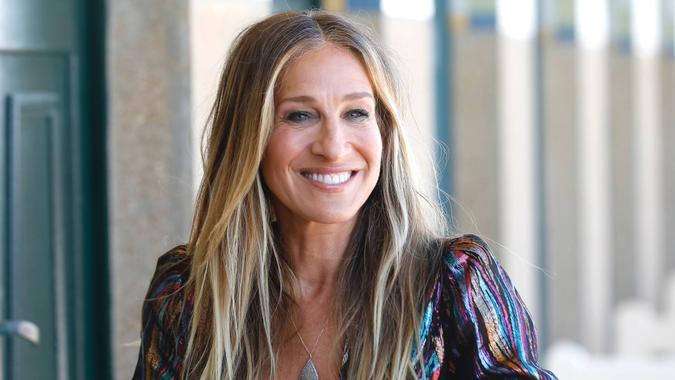 It’s no secret that many of your favorite television stars earn big bucks for their work. However, you might be surprised at exactly how many zeros are on their paychecks — for each episode.

Variety recently revealed the salaries of some of the biggest names currently gracing the small screen. Given their earnings, it’s likely many actors value their jobs as much as you enjoy watching the fruits of their labor.

Here’s a look at some of the largest and most surprising salaries for television actors right now.

Learn: Betty White, Cher and 48 More of the Richest Stars Over 70

Robert Downey Jr. is slated to star in the HBO drama series adaptation of Viet Thanh Nguyen’s novel “The Sympathizer,” according to Deadline. His first starring TV role is rumored to have earned him at least $2 million per episode — if not more.

Slated to debut on Amazon in 2022, Chris Pratt will star as James Reece in “The Terminal List.” Bringing home big money, he’s earning $1.4 million per episode for his work on the show.

Read: Samuel L. Jackson and 34 Other Celebrities Who Got Rich and Famous Later in Life

Known for hit films like “The Big Lebowski” and “True Grit,” Jeff Bridges will return to television after five decades in 2022 to star in the FX for Hulu series “The Old Man.” The beloved actor will play the role of Dan Chase and earn $1 million per episode for his work.

Originally a limited series, Showtime’s “Your Honor” — starring Bryan Cranston as Michael Desiato — will return as an ongoing drama series. The show’s second season has 10 episodes and Cranston will be paid $750,000 for each one.

Much to the delight of “Sex and the City” fans, HBO Max has rebooted the show into “And Just Like That.” Original stars Sarah Jessica Parker — i.e., Carrie Bradshaw — Kristin Davis — i.e., Charlotte York — and Cynthia Nixon — i.e., Miranda Hobbs — will reprise their iconic roles.

In 2021, Kate Winslet starred as Detective Mare Sheehan in the HBO limited series “Mare of Easttown.” Best known for her starring role in “Titanic,” the A-lister earned $650,000 per episode for her work on the seven-episode series.

Take a Look: Critically Acclaimed Movies That Bombed at the Box Office

‘Only Murders in the Building’

The new Hulu comedy series “Only Murders in the Building” debuted Aug. 31 — and two of its stars are earning top dollar. Hollywood icons — Steve Martin — i.e., Charles-Haden Savage and Martin Short — i.e., Oliver Putnam — are each taking in $650,000 per episode for the show’s 10-episode first season.

New Showtime drama “The First Lady” is slated to debut in 2022 with a star-studded cast who clearly know their worth. Leading ladies Viola Davis — i.e., Michelle Obama — Michelle Pfeiffer — i.e., Betty Ford — and Gillian Anderson — i.e., Eleanor Roosevelt — will each earn $600,000 per episode for show’s first season, which totals 10 episodes.

A series adaptation of the Sony PlayStation franchise, “The Mandalorian” star Pedro Pascal will star in the upcoming HBO series “The Last of Us.” Scheduled for a 2022 debut, Pascal will earn $600,000 per episode for his work as Joel in the show’s six-episode first season.

In his latest role, Alec Baldwin plays Dr. Robert Henderson in the Peacock original drama “Dr. Death.” The series contained eight episodes and Baldwin earned $575,000 for each one.

Did You Know?: The 28 Richest Actresses of All Time

Angela Bassett is Athena Grant in the Fox drama “9-1-1.” Entering its fifth season on Sept. 20, Bassett has starred on the show since its debut, and currently earns $450,000 per episode.

Starring Jason Sudeikis, Apple’s “Ted Lasso” is such a success the series was renewed for a third season before production began on season two. It’s unclear how much Sudeikis — who is both a co-developer of the show and its title character — currently earns, but he collected $400,000 per episode during season one.

Check Out: 35 Reality Stars You Didn’t Know Are Extremely Wealthy

Legendary television star Ted Danson’s latest role is playing Neil Bremer on the sitcom “Mr. Mayor”  — and he earns $400,000 per episode. The NBC sitcom debuted in 2021 and has been renewed for a second season.