After a year and a half of dating, Bella Hadid and The Weeknd have split. Rumors of a romance between the two began swirling in April 2015, when he asked the model to be part of the artwork for the cover of his “Beauty Behind the Madness” album. Hadid also starred in the singer’s music video for his hit “In the Night.”

Scheduling conflicts are the reason for the breakup, according to People. A source confirmed the split to the magazine, noting that the couple still loves one another and will carry on a friendship. Learn more about The Weeknd and Hadid’s career accomplishments and net worths.

The Weeknd Net Worth

Toronto native Abel Tesfaye has quickly risen the ranks to one of the biggest names in pop music. Notoriously mysterious, The Weeknd made his debut in March 2011, when he released the nine-track mixtape “House of Balloons,” on his website. After receiving an overwhelmingly positive response, he released another mixtape “Thursday” in August, followed by yet another, “Echoes of Silence,” in December 2011. After signing with Universal Republic, the three mixtapes, plus three new songs, were combined to produce the “Trilogy” album, released in November 2012.

The 25-year-old artist also has two studio albums –“Kiss Land” and “Beauty Behind the Madness”– and his latest “Starboy,” is scheduled to be released on Nov. 25. Fans have been buzzing about the much-anticipated “Starboy,” since September, when he leaked the album title and artwork. If its success mirrors his prior works, The Weeknd’s net worth will realize another surge. “Trilogy”has sold more than 2 million albums. His 2015 sophomore effort “Beauty Behind the Madness,” has realized more than 3 million album sales.

His wildly popular music is everywhere, so there’s a very good chance you’re familiar with The Weeknd’s work, even if you didn’t realize it. His song “Earned It” was featured on the “Fifty Shades of Grey” soundtrack and the hit single sold more than  5 million copies. Some of his other chart-topping hits include the multi-platinum “Can’t Feel My Face” and “The Hills,” which has reached a whopping 7 million in sales.

All this success has brought The Weeknd many high honors. In 2016, he won Grammys for Best R&B Performance and Best Urban Contemporary Album and was nominated for Album of the Year, Record of the Year, Best Pop Solo Performance, Best R&B Song and Best Song Written for a Motion Picture, Television or Other Visual Media. In 2014, he also received a Grammy nod for Best Rap/Sung Collaboration for the song “Remember You” with Wiz Khalifa. The busy artist is currently in the midst of a seven-week tour “The Madness” with Travi$ Scott, Banks and Halsey, which kicked off Nov. 3. This is just a prelude to his 2017 schedule, which includes a “Starboy” world tour.

The Weeknd’s net worth is valued at $30 million, according to CelebrityNetWorth.com. But Forbes estimates that the singer will pull in an additional $55 million in 2016.

Related: See How Much the Grammy’s Iggy Azalea and Taylor Swift Are Worth

A natural beauty, modeling is part of Bella Hadid’s DNA. Her mother, former “Real Housewives of Beverly Hills” star Yolanda Hadid has a long history in front of the camera, and after taking a break to raise her children, announced her return to the industry in July 2016. Bella’s older sister, 21-year-old Gigi Hadid, ranked No. 5 on Forbes’ list of the World’s Highest-Paid Models 2016, with $9 million in earnings for the year, thanks to gigs with Maybelline and Tommy Hilfiger. Even her younger brother, 17-year-old Anwar Hadid, has joined the family business, as he signed with IMG — the same modeling agency that represents his sisters — in February 2016.

The model signed with IMG in 2014 and the 20-year-old has taken the industry by storm. She’s currently preparing to walk in her first Victoria’s Secret Fashion Show–alongside Gigi– which airs Dec. 5 on CBS. Bella has also graced the cover of a slew of magazines, including Vogue Paris, British GQ and American Glamour. In 2016 alone, she strutted the catwalk for fashion designers such as Versace, DKNY, Ralph Lauren and Givenchy. Hadid has also been featured in ad campaigns for Balmain, Calvin Klein, Marc Jacobs and Topshop.

Stunning good looks and a dedicated work ethic are quickly catapulting Bella to supermodel status with an estimated net worth of #3 million, according to CelerbityNetWorth.com. In fact, she was named British GQ’s Model of the Year, in September, further proving she’s unstoppable. 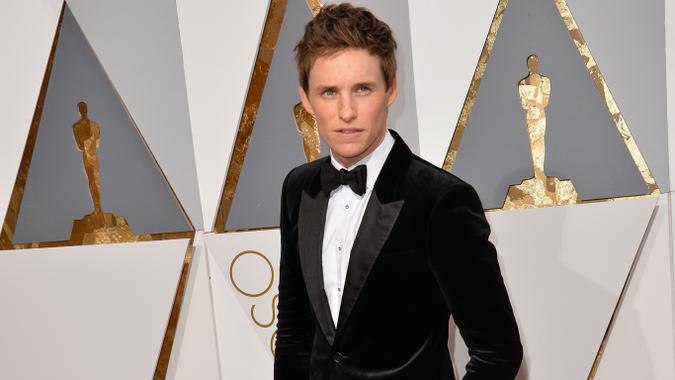 ‘Fantastic Beasts and Where to Find Them’ Movie Cast Net

From Eddie Redmayne to Katherine Waterston, see how much the cast of the new Harry Potter film is worth.

> Net Worth > Celebrities > The Weeknd Net Worth vs. Bella Hadid Net Worth: What Went Wrong?