How much — or little — you know about Social Security can have a huge impact on your post-retirement finances. That’s especially true if you’re among the approximately 50% of households age 55 or older who have no retirement savings, according to the U.S. Government Accountability Office.

To better understand how well-versed Americans are about the ins and outs of Social Security, GOBankingRates polled 1,000 individuals on six questions to test their knowledge. Each question was assigned a point value, with multiple-choice questions weighted according to how many correct answers respondents had to choose. Responses were analyzed to provide an overview of the sample at large, plus a more granular look at responses by age and gender.

Americans Need to Brush Up on Their Social Security Knowledge

Given that 64 million Americans will receive Social Security benefits in 2019, it makes sense that people would be pretty well informed about how the system works. But that wasn’t the case for the 96% of those surveyed who failed to achieve a passing score of 60%. In fact, on questions for which “I don’t know” was an answer, an average of nearly 44% of respondents selected it, and in each case, it was the most common answer.

Respondents were on solid ground when it came to understanding what you must provide when applying for Social Security benefits. But a question about spousal benefits threw nearly all participants for a loop.

Perhaps most surprising was how few respondents knew the earliest and latest age at which you can start collecting Social Security benefits. Fewer than 25% got that right.

As one might expect, the older respondents answered this one correctly more often than the younger respondents did, and the oldest group had the highest percentage of correct answers overall. But despite being farther from retirement, 18- to 24-year-olds and 25- to 34-year-olds scored better than respondents between the ages of 35 and 54.

Although the difference by gender was small, with 23% of women and nearly 26% percent of men answering the question correctly, this was the largest gap between male and female respondents of any question in the survey.

Survey Question: True or false: You can start your Social Security benefits as early as age 60 or as late as age 72.

Respondents fared better on a question about the average monthly Social Security benefit for retirees, with 39% choosing the correct answer: $1,001-$2,000 per month.

Respondents ages 65 and older scored highest, with 51% choosing the correct answer, and respondents ages 55 to 64 came in second with nearly 44% answering correctly.

Incorrect answers among younger respondents suggest that a significant number of them overestimate the average benefit, and as a result, might not be saving enough for retirement during their peak earning years. Among the 35- to 44-year-olds and 45- to 54-year-olds, about 28% and 26%, respectively, thought the average benefit was over $2,000 per month.

Make a Retirement Savings Plan: How to Create a Budget

This question had the second-largest gender-based spread for correct answers, with just under 2% more men answering correctly. Still, both men and women answered correctly less than 40% of the time.

Women may have a less optimistic view of what their retirement years will look like financially — and with good reason. Although women comprise about 56% of all Social Security beneficiaries ages 62 and older and 65% of those ages 85 or older, their average annual benefit in 2017 was $3,688 less than men’s — $14,353 vs. $18,041.

Americans Largely Understand What Is Needed To Apply For Social Security

On a positive note, the survey results suggest that Americans are pretty clear on what they need to provide when they apply for benefits. For this multiple-choice question in which all provided answers were correct, 74% of respondents knew they’ll need their Social Security number, the month they want their benefits to begin and their earnings from last year and this year to apply for Social Security benefits.

There was no statistical difference between correct male and female responses to this question, and at least 70% of each age group answered correctly. Again, 35- to 44-year-olds scored lower than younger respondents, suggesting that this age group is particularly vulnerable to making incorrect — and perhaps expensive — assumptions about their Social Security benefits.

Many Are Not Quite Up to Speed on Social Security Disability

Today’s 20-year-olds have more than a 25% chance of becoming disabled before they reach age 67, the Social Security Administration reported. However, the 18-24 age group was the least likely to know that you can receive Social Security benefits if you’re disabled as long as you worked in jobs covered by Social Security. Even 13- to 17-year-olds scored better on this question — 30% vs. 26% answered correctly.

Respondents in the 55-64 and 65-and-over age groups were nearly tied, with 33% and 35%, respectively, answering correctly. Slightly more men than women answered correctly, at 32% and 30%, respectively.

Although the overall correct-answer results were very similar for men and women, women were more likely to believe that spouses can’t receive benefits, again indicating that women have a less optimistic view of retirement finances. Men, on the other hand, were more likely to think the spouse can collect at any age.

Correct answers followed a predictable pattern across age groups, with 13- to 17-year-olds scoring lowest and each subsequent group scoring the same as or higher than the one immediately preceding it. But with only 3% of the 65-and-older group answering correctly, it seems likely that older Americans are leaving benefits on the table.

Working While on Social Security

Just 2.5% of respondents gave completely correct answers to the question, “Can you work while you receive Social Security benefits?” They were given six answers, including, “I don’t know” and asked to select all that apply.

About 40% of respondents understood that working while on Social Security might reduce benefits. But only 9% knew that you can work and still receive either retirement or survivors benefits.

At the risk of assuming Americans are more familiar with retirement benefits than they are with survivors benefits, it’s possible that widowed individuals in particular are at risk of shortchanging themselves. They could be working longer than they need to because they don’t know they can collect or they might not be working at all. Therefore, many may be missing out on needed income, specifically because they fear losing their benefits.

Slightly more women than men answered this question correctly at just 2.7% and 2.3%, respectively. Reviewing results by age, the 65-and-older group scored highest, but just 6% got full credit. Whereas nearly 52% knew that earnings could decrease benefits, just 22% knew workers can receive either retirement or survivors benefits. This is especially concerning, because nearly one-quarter of Americans were widowed by age 65, according to 2016 U.S. Census Bureau data.

Learn What You Need To Know About Receiving Social Security

The primary takeaway from the GOBankingRates survey is that Americans are woefully unprepared to take full advantage of the Social Security benefits they’ve earned. The fact that Social Security benefits amount to about 33% of the average elderly American’s total income underscores the importance of understanding how much you’re entitled to collect.

A good way to start is by creating a “my Social Security” account on the Social Security Administration site. The account provides a convenient way for Social Security recipients to manage their accounts. And more importantly, it allows you to view your Social Security statement and an estimate of your future benefits. From there, you can explore other parts of the site to learn about all of Social Security’s programs and how they fit into your retirement planning.

Daria Uhlig is a personal finance, real estate and travel writer and editor with over 25 years of editorial experience, including past positions with The New York Times Co. and Oxford University Press, where she was a long-time contributor to The Oxford English Dictionary. Her work has been featured on The Motley Fool, MSN Money, AOL, Yahoo! Finance, CNBC and USA Today. 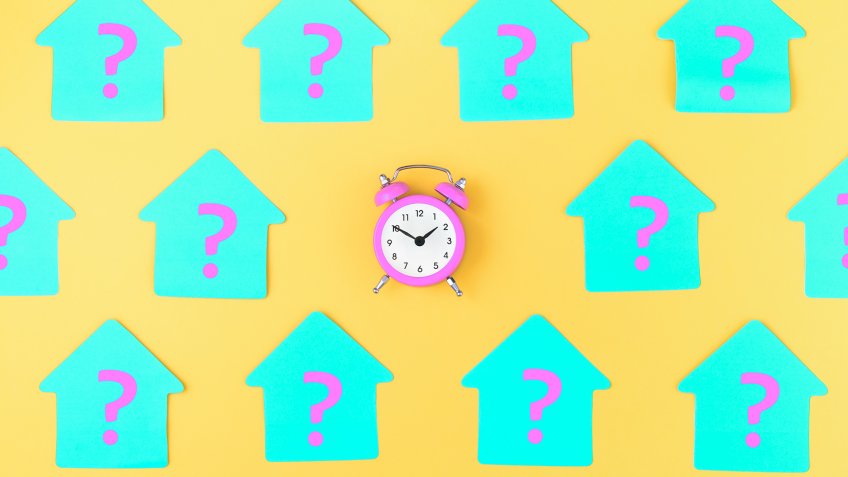 Ask Yourself These 10 Questions Before Signing Up for Social Security

Make the most of Social Security by knowing these answers.