If you’ve started saving for retirement, you’re ahead of the game. According to GOBankingRate’s 2017 Retirement Savings survey, about one in three Americans have no retirement savings, and 55 percent have less than $10,000 in retirement savings.

Among those who have started saving for their golden years, many take a “set it and forget it” approach to retirement planning. That means they automatically have specific percentages of their new contributions allocated among different investments.

Such an approach is simple and doesn’t require you to continually revisit your investments. However, these plans carry a number of risk factors. Understand these dangers so you’ll know how to invest well.

If you’re not reviewing your asset allocations periodically, it could be years or even decades before you realize money isn’t being invested the way you intended.

Nicholas Fuller, a principal at Scottsdale, Ariz.-based Fuller Wealth Management, said he has seen many clients using the default plan of a money market account, which isn’t the right option for them. Because they had set it and forgotten about it, the clients were missing the opportunity to earn higher rates of return by investing in a wider range of assets.

Don’t fall into the same trap. Review your investment portfolio at least annually, so you can catch these errors and keep your investments on track, especially as you add more money to your 401k plan.

If you’re still using the same assumptions about investing that you did a decade ago, your investments might not be doing as well as they once did. The reasons you initially picked a fund might no longer be applicable, said Bill Van Sant, a certified financial planner, and senior vice president and managing director at Souderton, Pa.-based Univest Wealth Management.

For example, some people pick funds based on a fund’s expected return. Others choose a fund because they like the manager. However, expected returns can vary, and a manager can retire or be replaced, said Van Sant.

Also, the economy can change. Although an industry might be great today, keeping 10 percent of your investment portfolio in that industry for the next 20 years means you might miss out on other industries with better growth potential.

You Take on Excess Risk by Never Rebalancing Your Portfolio

Just because your portfolio starts out nicely balanced doesn’t mean it will stay that way, especially over a period of several years or more. When a portfolio gets out of whack, it can increase the amount of risk the investor is taking on, said Melinda Kibler, a certified financial planner, enrolled agent, and client service and portfolio manager with Palisades Hudson Financial Group’s Florida office in Fort Lauderdale.

“Without rebalancing the portfolio, the investor could have more exposure to equities and more volatility than they felt comfortable with initially,” said Kibler. “In addition, when an investor does not rebalance their portfolio, they are missing out on the benefits of selling when the investments are high, and buying when they are low.”

No golden rule exists for how often you should rebalance, but some experts say doing so annually strikes a good combination of keeping you protected and keeping trading costs low.

You Contribute Too Little Because You Don’t Update Contribution Amounts

For example, if you’re just starting out and can only afford to save 2 percent of your salary, that’s better than saving nothing, especially if your company matches your 401k contributions. However, as you start earning more, increase the percentage of the salary you save to grow the nest egg more rapidly.

“Your contributions earlier on in a career tend to be worth more because there are more years that are in the retirement plan,” said Van Sant. “If you can give yourself a retirement raise earlier on — if it’s doable with your budget — it tends to more valuable over the long term.”

Instead of setting it and forgetting, look at a plan every one to two years. That way, “it won’t be as challenging to meet long-term goals,” he said.

You Don’t Update Your Portfolio as Retirement Plans Change

If you are in your 20s and someone asks when you want to retire, you might answer with a specific age. However, a lot can change — for better or worse — between the time you start your first job and the last day of your working life.

Although things can change, it’s important to tailor your retirement portfolio to particular goals. Target date funds can help get you to retirement, but these funds don’t take into account how long you will need to live off the money in retirement.

If you retire at age 50 — assuming you have sufficient funds — you might keep a larger percentage of your assets in the stock market than if you retire at 80. That’s because a younger retiree needs his retirement savings to last longer.

Related: 50 Things Every 50-Something Should Know About Retirement

You Miss Out on Better Investments by Not Monitoring Investment Performance

Although you can make educated estimates of how various investments will perform over time, it’s rare that the market plays out exactly how you expect it to over a long period. The amount you will have saved for retirement can change dramatically if your average returns are lower — or higher — by just a percentage point or two over many years.

For example, $100,000 generating returns of 8 percent over 30 years grows to more than $340,000. If you only achieve a 6 percent rate of return, you will only reach a little more than $280,000 in that same time period — a $60,000 difference. Monitoring your investments annually helps you determine whether you’re on track for the retirement you want, or if you need to adjust your contribution rate.

In addition, a fund that starts out as a good fit for an investor can undergo changes in objective and style over time, “leaving an investor unhappy with the investment results, or paying more for the investment than they initially anticipated,” said Kibler.

You Don’t Revise Investments as Your Risk Tolerance Declines

When you’re younger, having a poor asset allocation — such as all of your money in a broad stock fund — isn’t the end of the world because in the event of a stock market crash, you still have decades for the market to recover.

“But, say now that you ‘set it and forget it’ and fast forward to your ‘retirement red zone’ — within five years (of retirement) — and you’re still 100 percent in that stock. You could take a huge hit if another market downturn happens like it did in 2008,” said Van Sant. As you get older, you may want to rethink how you actually invest in order to safeguard such funds, he said.

Fuller also said that as you get closer to retirement, you might want more protection. For example, Fuller said that someone today might be perfectly fine with having 90 percent of their money invested in U.S. stocks. However, if that person sets such an allocation and forgets about it, the lack of diversification could become more dangerous over time. This could lead to detrimental results in a bear market, because it doesn’t leave you with enough global allocation, Fuller said. 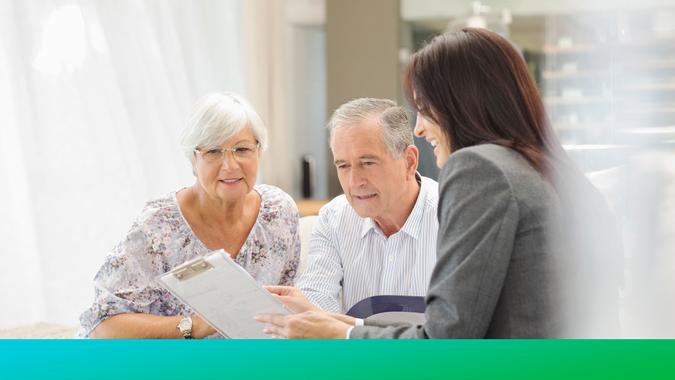 The right investment decisions can set you up for a retirement free of worry.