Retirement planning for millennials and Generation Y is no picnic compared to earlier generations. For starters, those in this group aged 18 to 34 are dealing with larger financial burdens than their parents, such as higher debt loads from college loans, credit card debt and rapidly rising rent. According to The Project on Student Debt, the class of 2013 owed an average of $28,400 in federal and private loans.

And while expenses have gone up in recent years, wages have remained relatively stagnant. However, despite these challenges, there are some basic strategies that millennials can follow to get their retirement savings on track. Here’s your guide to maximizing your retirement income:

1. Harness the Power of Compound Interest

The Difference in Retirement Savings at Different Starting Ages

The flip side of compound interest is also important to consider. For Gen Y participants who accumulated student loan and credit card debt, compound interest can add just as significantly to your payment balances. It’s best to pay these off as soon as possible. Admittedly, it’s difficult to balance the needs of contributing to a retirement account and paying off student or credit card debt, but financial planners agree that reducing one balance while building the other is a good idea.

Maximizing your contributions to any retirement account, such as a 401k or Roth IRA, is one proven strategy to build retirement wealth. This is especially important whether you are a business owner or employee. The combinations of tax benefits, matching contributions and the power of compound interest over time are both excellent ways to capitalize on a tested method of preparing for retirement.

In 2015, the IRS increased the contribution limit for 401k plans to $18,000 to help participants reach their retirement savings goals. While the limits on the various tax-deferred retirement accounts are straightforward, there are some exceptions for specific cases.

3. Contribute the Most You Can to a Roth IRA

As demonstrated in the chart below, investing in a Roth IRA can make a significant difference in retirement savings. Since there are no tax deductions for contributions to a Roth IRA, all future earnings are sheltered from taxes. A Roth IRA provides exceptional tax-free growth opportunities.

Benefits of Compounding Interest in a Roth IRA Vs. Traditional IRA

5. Beware of High Fees on Mutual Funds and Other Investments

Fees and expenses charged on your investments are important to keep an eye on. High fees have a corrosive effect on any investor’s net return. For example, an investor with a $100,000 401k portfolio can pay a 1.5 percent management fee to an advisor and a 1.4 percent annual fund expense charge, handing over almost 3 percent of their portfolio in total expenses annually. Nobel Prize-winning finance professor Burton Malkiel estimated that, over time, fees of just 3 percent can devour up to 50 percent of an investor’s returns, as cited in the book “How 401(k) Fees Destroy Wealth and What Investors Can Do To Protect Themselves.”

The detrimental effect of fees was also illustrated in a May 2015 New York Times article, which cited an audit of New York City pension accounts. The audit found that over the past 10 years, five pension funds — which cover 715,000 city employees, including teachers, police officers and firefighters — paid out more than $2 billion in fees to money managers and “have received virtually nothing in return,” according to New York City Comptroller Scott M. Stringer.

Read: How to Improve Your Investments and 401k by Cutting Fees

Passively-managed funds and exchange-traded funds (ETFs) that use indexes can significantly reduce your fees and improve your bottom-line return. You’ll know how much you’re paying in fees for your 401k plan and get a projection of how much those fees might eat into your potential returns by logging on to Brightscope, a site that rates 401k plans and offers free reports about fees on about 30,000 plans.

You can also research your company’s 401k plan yourself by requesting the “Summary Plan Description” from the human resources department or plan administrator. The SEC website also has information on calculating mutual fund fees.

So, how do you know if your plan’s fees are too high? Christine Benz, director of personal finance for Morningstar, said investors should be on the lookout for 401k plans with administrative expenses above 0.5 percent.

7. Consider Buying a House … If You Can

One way to build wealth is by owning real estate. Ownership allows you to build equity, access home equity loans and much later, have the option of a reverse mortgage to take out equity as you approach retirement.  While home prices are localized and can fluctuate greatly during recessions, home prices have been on the upswing since 2000.  Buying a house requires a down payment, as well as money for closing costs, taxes, insurance, moving and immediate improvements. Still, it is a better alternative than renting, and it is good for building long-term wealth, if you can swing it.

8. Figure Out Where You Want to Retire

Most advice on retirement planning for millennials focus on the basics of portfolio construction and other financial considerations. But there is also another important aspect of retirement that only gets marginal coverage, and that’s finding a place you can retire happily.

Various indexes, such as the World Happiness Report, now rank nations by criteria such as stress, physical health, livability, job and physical security. Gen Y might consider studying these indexes to find alternative places to retire to outside of the U.S. This could make the option of retiring early more viable than ever. Yes, there are Social Security, Medicare, tax and other health care considerations, but global internet access, including electronic funds transfers, affords more opportunities than ever to spend your later years elsewhere. 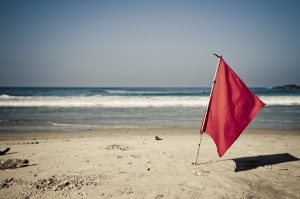