Retire Before 65? Survey Reveals Surprising Number of People Believe They Can 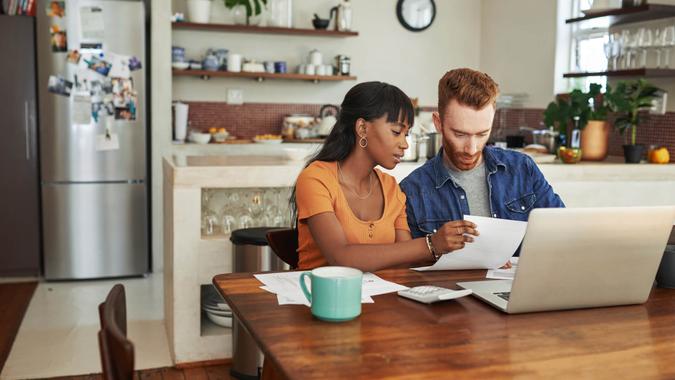 It’s been one heck of a year, but a pandemic and a corresponding economic downturn haven’t fazed the hopes of millions of Americans when it comes to retirement. New research from GOBankingRates surveying 1,000 people, found that over one-third of Gen Zers, Millennials, and GenXers, respectively, believe that they will be able to retire before the age of 65. Men are more likely to hold this conceit, with 32.11% of them confident about a pre-65 retirement, versus 25.12% of women.

The wave of optimism around early retirement seems overconfident considering that the current standard (as in government approved) age for retirement is 66 years old — not 65. That age is set to climb higher for future generations or retirees, and it looks like Gen Z will be hit especially hard given that, at present, anyone born after 1960 won’t be eligible for Social Security benefits until they turn 67. Is one-third of the population living in a fantasy, or are their dreams perfectly achievable?

It’s a bit of both. The fantastical element comes into play when you factor in all the facets that go into a safe and sound retirement.

“Most people do not understand the risks that arise during retirement: longevity risk, loss of purchasing power, policy risk (i.e. taxes laws changing), interest rate risk, and so on,” said Debra Taylor, CPA/PFS, JD, CDFA, founder and lead wealth advisor at Taylor Financial Group. “Most also do not understand how Social Security and Medicare work and that there are serious limitations to both programs, particularly going forward.”

But the optimism around an early retirement isn’t completely irrational as the F.I.R.E movement continues to pick up steam. The philosophy behind F.I.R.E (which stands for “Financial Independence and Retiring Early”), focuses on maximizing savings, cutting corners and voraciously building assets so that by the time you retire at an early age, you will have about 25 times your annual living expenses, which should enable you to work only when you feel like it and to quit salaried jobs altogether.

Those practicing F.I.R.E and other investment techniques to ramp up assets and future passive income, could — maybe — position themselves for an early retirement.

“The outlook [in this survey] is rosier than in prior studies, but I don’t believe the outlook is unachievable,” said Xavier N. Epps, CEO and founder of XNE Financial Advising, LLC. “The S&P 500 has seen an average return of roughly 16 percent annually for the last five years. People are saving more money than ever before: in 2020, the personal savings rate in the U.S. reached 13.7 percent, 1970 was the last time the savings rate reached 13 anything (13.2 percent to be exact), and the gig-economy is creating more opportunities to earn more and work less as well as smarter.”

Get Real: 10 Myths About Early Retirement

Another major factor contributing to optimism around retirement is the rising awareness that you really can get rich off of stocks if you play your cards right. In other words, playing the market isn’t just for mom and dad anymore, a movement that gives young people a new sense of control over their financial futures.

“Anytime you take a penny stock like (GameStop: GME) from $5 or so a share and blow it up to $300 a share, best believe there’s a growing investor community that’s creating a new class of investors,” said Epps. “As odd as it sounds, more information and access to technology are producing more opportunities to disrupt nomenclature in the stock market.”

To keep activity positive for all investors, Epps said that, “Adaptability by institutional investors will be needed. Most of the generations mentioned [in the survey] have some to a lot of familiarity with new players like Coinbase Global Inc, which is 2.5 times larger in value than the trading platform it trades on (NASDAQ is valued at $26 billion versus COINBASE with a $64 billion valuation) speaks volume about cryptocurrency space which has yet to be fully leveraged.”

Bear in mind that though there’s ample reason for optimism around early retirement, there’s contributing factors that none of us can control: luck and the state of the economy.

As we learned from the pandemic, when the going gets tough, the toughness crushes jobs. In 2020, millions of Americans were forced into early retirement because COVID hammered their industries. This cohort of folks probably weren’t too excited about calling it a day from their careers a couple years early. Additionally, stocks aren’t invincible. An investment that is savvy one day could collapse the next. You don’t just generate money by buying shares, you gamble it, hopefully as intelligently as you can.

Additionally, nest eggs can be easily plowed through by no choice of your own. If you, heaven forbid get a devastating disease like cancer, you could wipe out your savings just to cover the cost of treatments. Your house could burn down in an area where wildfire insurance isn’t easily or cheaply attained. The list of potential pitfalls goes on, but the point is, life happens, and sometimes it ruins everything you planned for. The pandemic gave us no shortage of lessons there.

Watch Out: 14 Key Signs You Will Run Out of Money in Retirement

So, if you’re one of the one-third of Americans who want to retire early, you shouldn’t be held back by the “what ifs,” but you should do everything you can to educate yourself on how retirement works. To do so thoroughly, you may want to invest in a consultation with a financial advisor.

“Those that are concerned about being prepared for retirement typically seek the services of a financial advisor and the data shows that those pre-retirees are happier, more content, and feel better prepared than those who do not have an advisor,” said Taylor. “But, some say that ignorance can be bliss, which is what I believe is going on with those do-it-yourself investors.”