Retiring to Portugal? Here’s What You Need to Know 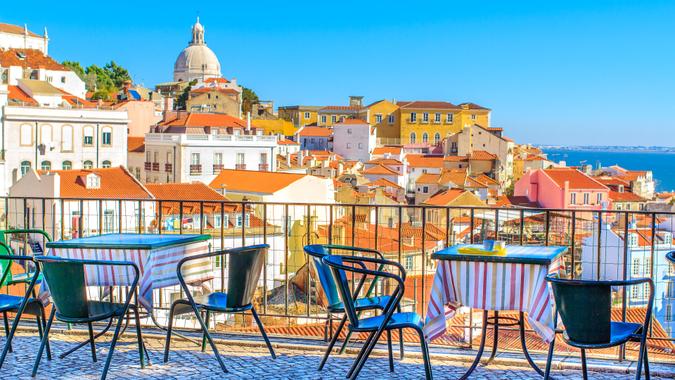 Swayed by the low cost of living, a supportive health care system, wonderful weather and excellent tax incentives, Portugal has long been a destination for retirees the world over. Add in the country’s safety and friendly reputation, it is no wonder that it has increasingly become a haven for many Americans over the last few years as well.

Be Aware: 6 Reasons You Won’t Get Social Security
Read: Jaw-Dropping Stats About the State of Retirement in America

The total of U.S. residents in Portugal is now 6,921, which represents a 45% hike from last year. Influenced by the favorable factors above, Portugal is a popular retirement target because its resident visa requires less income than many of its European counterparts. Portugal offers various visas, but Americans who plan to move there usually get either the Golden Visa program (if they’re high-net-worth individuals) or the residence D7 visa from the Servico de Estrangeiros e Frontieras (SEF).

U.S. expatriates are a very small but growing population in Portugal. Numbering less than the expat demographics from Brazil, the UK, Cape Verde, China, India, Italy and others, more and more Americans have been looking to the Mediterranean treasure. Of Portugal’s 10.2 million population, 60,000 are from other countries, 11% of which are from the U.S. The American communities are not well-established, but that might be one of the tipping points for bringing you to Portugal in the first place.

One of the most appealing aspects of spending time in Portugal is its affordable living costs. And consumer prices with rent are about 40% lower than in the U.S., according to Numbeo, the world’s largest cost-of-living database. Not surprisingly, the more you go outside of the main cities, the living costs are cheaper, with capital city Lisbon more expensive than just about anywhere else in Portugal. Public transport options outside the cities are also cheap and efficient.

Portugal’s Non-Habitual Resident tax regime (NHR) is a huge incentive to move to Portugal and offers tax exemptions on foreign pensions and other incomes. In addition to the non-existence of wealth tax, or of inheritance/gift tax for close relatives, the NHR regime essentially grants qualifying individuals the possibility of becoming tax residents whilst legally avoiding or minimizing income tax on certain categories of income and capital gains for a minimum period of ten years.

Health care is available to all foreigners and is virtually free. U.S. health insurance and Medicare will not cover you in Portugal, however, so most Americans buy private insurance, which is cheaper than in the U.S. and provides better access to doctors and services than its public counterpart. Premiums will cost between $55 and $320 a month, but you must make sure you buy what you need as some policies do not cover pre-existing health conditions.

Common sense dictates that if you are in a foreign country with its own language, you should beware of people trying to take advantage, especially in complex negotiations, and of fraudsters. Towns and regions have different degrees of complexity to their bureaucratic processes. It could be a breeze, or it can be maddening to an outsider (even one who has lived there for years).

But these warnings are not unique to Portugal and if you are planning to uproot intercontinentally and take in all that a permanent move to Portugal has in store, you will be up for any Portuguese adventure that gets thrown at you.