Your twilight years should be a time of relaxation or adventure. But your plans to finally watch “The Wire” after putting it off all this time can be thwarted by the costs of living. And those costs are going to vary from state to state. If you have money concerns, you might not be able to score your retirement paradise in Hawaii, but what are the less costly alternatives?

GOBankingRates conducted a study that measured the cheapest places to retire based on the cost of living, the percentage of seniors in each city, safety and more. If you’re worried about making your money last in retirement, check out these states that offer more spending power to retirees.

See the Full Study: 50 Cheapest Places to Retire Across America

The Buckeye State leads the way in having the most cost-efficient locales for retirees, if not in quantity then in quality. Cleveland and Toledo rank in the top two positions for the 50 cheapest places to retire, according to the study. Furthermore, Ohio has four cities in the top 20 cities for cheap retirement.

Cleveland offers its residents the lowest overall annual expenditures, at $38,147. Toledo trails behind it by about $500.

The Top 6 Cheapest Places to Retire

Here are the five states with the cheapest places to retire in:

Check out some of the insights on these dollar-saving destinations gleaned from GOBankingRates’ study.

Cleveland boasts the cheapest houses, not just in terms of cost — the median home value is just around $55,000 — but in maintenance. Living in Cleveland means you’ll pay only around $4,500 in housing expenditures. For context, Nashville, Tennessee, which comes in at No. 50 for the cheapest places to retire, saw people paying more than $22,000 to upkeep their homes. These factors, along with relatively low costs in other categories such as healthcare and groceries, make Cleveland a dream destination for budget-conscious retirees.

Check Out: This Is the Salary You Need to Afford the Average Home in Your State

Toledo has the second-lowest median home value in the study, although at $69,100, it’s quite a jump from Cleveland. Still, relatively inexpensive costs of living plus a high concentration of seniors living here make this an ideal city for retirement.

New York’s lone city on the list nabs the No. 3 spot for cheapest places to retire thanks to its low healthcare costs and other various expenses. It also marks the first city in the study where annual overall expenditures total $40,000 or more.

GOBankingRates found that Fort Wayne’s cost of living index was about 17 percent below the national average, but you need to have some pretty deep pockets to live here. The median home value is $131,700.

Like Fort Wayne, Indiana, Greensboro’s median home value is six digits at $146,400, despite being one of the cheapest places to live due to its relatively cheaper expenses — nearly all of which are cheaper than Cleveland.

Don’t Miss: This Is What a Comfortable Retirement Will Cost You in Every State

Memphis’ homes are much cheaper than either Fort Wayne’s or Greensboro’s, but you will pay a bit more for living costs. Healthcare, for example, totals around $8,600 annually, which was one of the higher figures found in the study.

Where Should You Retire?

The study found these places to be the cheapest places for retirement based on factors that include the city’s median home value, total overall expenditures and a variety of costs, including groceries, utilities and healthcare.

However, though these places will leave more money in your wallet, your final destination should be beneficial to your retirement goals.

For example, though GOBankingRates found that Cleveland was the cheapest place to retire overall, it has a higher grocery bill than Greensboro. If you’re a big eater, you might want to consider North Carolina as your retirement destination. Alternatively, both Fort Wayne and Greensboro afford residents cheaper transportation, if you want to be out and about (but for the price of those houses, you’d want to be home anyway).

Click to see more places where you don’t have to be a millionaire to retire. 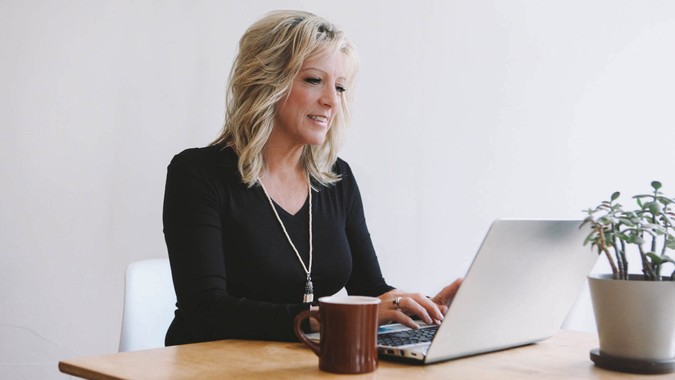 When You Want to Retire but ‘Golden Handcuffs’ Keep You

Perks like a pension can also be a problem for retirement.