The traditional idea of career progression and wealth accumulation is that you work hard, save money and then retire in your home country. If all has gone to plan, you will hopefully have enough funds to live comfortably throughout your golden years.

During my upbringing, this approach was never challenged by my hardworking family or in the mainstream media. It wasn’t until I started traveling internationally that I became aware of alternative ways to retire that could be more affordable and enjoyable.

It’s never too early to think about your future and start planning for your retirement. As you review your options, consider these three benefits of retiring abroad.

Your Money Can Go Further

The U.S. dollar is one of the top 10 strongest currencies in the world, and as the “world reserve currency,” it can be traded directly with almost any other denomination. This means that the dollars you worked so hard for can go a lot further in many countries than they would in the U.S.

In fact, the cost of living in the U.S. is higher than in many other countries, and the U.S. is ranked as the 15th-most expensive country to live in, according to Movehub.

Rather than struggling to scrape by, you could live a richer life on less money by retiring in a country with a lower cost of living. My boyfriend and I lived in Vietnam for $12 per person, per day, in a modern studio apartment that was fully furnished and just two blocks from the beach. I saw many retirees living throughout Southeast Asia, and enjoying the good life, food and culture.

You Can Choose a Better Climate

The majority of people retiring in the U.S. head for the southern “sun belt” for its milder winters and more frequent sunny days. But have you ever thought about heading even further south? I first started to think about this when I was living in the Canary Islands, Spain, where I saw many northern Europeans coming for holidays and early retirement to enjoy the sunshine and lower cost of living.

Mexico might be the most well-known alternative for retirement, with almost 850,000 U.S. citizens living there. However, there are many other attractive and affordable options: Panama, Nicaragua, Ecuador and Belize all offer incentives to foreign retirees to move there, such as resident visas and discounts on public transport, utilities and taxes.

Check Out: These Expensive Vacation Destinations Are Affordable Retirement Options

By choosing to retire in a country with a lower cost of living and a better climate, you will be able to enjoy your days to the fullest. That extra cash could be used for extra indulgences, like dining out, recreational activities and spa treatments that you might not have been able to afford in your home country.

Read More: I Am My Parents’ Retirement — How This Affects My Savings Strategy 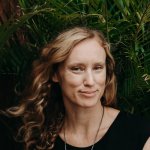 Chantell Collins is a nomadic Content Creator and Digital Marketing Strategist with an MBA specializing in entrepreneurial management. She runs Budget Travel Babes (BTB), a blog, and an online community of over 60,000. BTB helps value-conscious women go from dreaming of adventure to doing it with budget tips, budget trips, and work + travel opportunities. You can find her on Instagram @budgettravelbabe. Maximizing Retirement: Where $500,000 Will Last You the Longest

Here are the most affordable states for your nest egg.

> Retirement > Planning > Why I Am Considering Retiring Abroad