I remember when I first discovered the FIRE (Financial Independence, Retire Early) movement. A new world of options and opportunity had unfolded before me that I never knew existed. I was amazed to find out that there were “normal,” everyday people who were able to save and invest enough money over the course of their careers that they reached financial independence and, in some cases, retired early.

As I learned more about the movement, I realized that there was a common underlying theme when it came to most people who had either reached financial independence or who were well on their way to it. None of them had actually stopped working and “retired” in the traditional sense. Even if they said they were retired, it was really just a term they used to describe retiring from a corporate job or career they didn’t actually enjoy. Most of these “early retirees” just ended up working on the things that gave them joy. Some of them were even able to monetize their passions.

Before I first started this journey myself, my husband and I were not intentional with our finances. We were saving the minimum amounts in our retirement accounts and were not focused on building wealth. Once we realized the kind of life we could have by pursuing FIRE, we followed a budget, maxed out all of our available retirement accounts and focused on growing our net worth. Over the course of two years, we were able to save and invest $169,000 in our various retirement and investment accounts. This is something we could have never imagined doing before starting this journey.

Because we have started with the goal of financial independence and early retirement in mind, we are in such a better place financially than we would have been if we didn’t start at all. Now we have financial security and more options in life. In fact, because we don’t have any consumer debt and have enough saved up, I can choose to take a break from my job and follow my passions if I want, something that wasn’t a viable option before I started down this path.

More on Retirement Planning: How Much You Should Have in Your Retirement Fund at Every Age

As I travel along the FIRE journey, the things that I’ve been able to accomplish have put me in such a better position and have brought me so much more control over my life. That’s because every step of the journey required me to get my finances in order by paying off consumer debt, building up an emergency fund and growing my investment accounts — all important steps to building a life free from financial issues and worries.

Discover: How Long $1M in Retirement Lasts in 50 US Cities

The ability to choose what you want to do and not be controlled by bills and a paycheck is why I believe that the journey to financial independence should be something that everyone goes on, regardless of whether or not you actually want to retire early. The light at the end of the tunnel is not just simply about having enough money, it’s about having more than enough options. 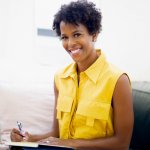 Jamila Souffrant is a Certified Education Instructor (CFEI) writer, podcast host and founder of JourneytoLaunch.com & The Journey To Launch podcast where she helps people eliminate debt, save money and reach their goals of Financial Freedom & Independence.
Jamila is considered a go-to financial thought leader in the personal finance field and is the resident financial expert on a weekly segment on News12, the most watched local TV news-station in NYC and has been featured in other notable media outlets such as ESSENCE, Refinery 29, Money Magazine, CNBC, CBS, Business Insider and more. The Journey To Launch Podcast was also named one of "27 Podcasts You Need To Start Listening To" by BuzzFeed, listed among "The Best Personal Finance Podcasts of 2020" by Business Insider and won Personal Finance Podcast of the Year at the 11th Annual Plutus Awards. I Retired at 43: Here’s What I Would Have Done Differently

There are things to consider on your path to early retirement.

> Retirement > Planning > Why I Believe Everyone Should Join the FIRE Movement