axim that nothing ever stays the same applies to the Social Security system. Each year, the government makes Social Security changes, such as revising guidelines about how to file for and receive benefits.

In the coming year, you’ll see more Social Security tweaks. It pays to stay abreast of them when doing your financial planning. However, 2017 might also hold bigger changes than usual, as President-elect Donald Trump and congressional Republicans weigh on Social Security. Here are Social Security changes to prepare for in 2017.

On the campaign trail, candidate Trump vowed to save Social Security. But the president-elect has yet to detail his plans for America’s retirement system. The only certain changes for Social Security are those already on the books.

The good news for 2017 is that Social Security benefits will increase under the cost-of-living adjustment (COLA). The bad news is that the COLA for 2017 is only 0.3 percent, which is not likely to impact a retiree’s standard of living. If you receive monthly benefits of $1,000, expect an additional $3.

The Social Security program is underfunded. The Social Security Board of Trustees reports that the current fund will be depleted by 2034. That makes political action on the issue virtually certain. But what can Americans expect from the new administration?

Few details emerged during the presidential campaign, although Trump did tell the country, “Our goal is to keep the promises made to Americans through our Social Security program.” For retirees, it is not clear what path Trump intends to take to fulfill that commitment. It’s also unclear whether the Republican-controlled Congress will be on the same page with the new president.

Brannon T. Lambert, retirement expert at Canvasback Wealth Management in Raleigh, N.C., suggests that changes to Social Security will likely include proposals Republicans have made over the past decade to solve the funding problem. These include:

While there is no guarantee that these will be part of Trump’s Social Security plan, it makes sense to keep an eye on any coming proposals and to build up other retirement resources.

See: 9 Reasons You Won’t Be Able to Retire When You Want

Of all potential Social Security changes, raising the full retirement age has been one of the most frequently discussed. All Republican candidates for president except Trump supported the idea. Although raising the age wasn’t mentioned in speeches by Trump, it might be part of his Social Security plan.

Proponents argue that Social Security benefits should be reserved for people without adequate means. They claim that shifting benefits away from wealthy Americans would leave a greater benefit for lower-income retirees. Opponents point out that Social Security is an insurance program. All who experience the insured event — either retirement or disability — should have the right to receive benefits.

Implementing a means test would have the downside of increasing the administrative cost of Social Security.  As presently set up, the Social Security program spends less than 1 percent on administration costs, said Diane Archer, founder of JustCareUSA.

Trump consistently has said he would not cut Social Security benefits, but lawmakers have already floated the idea, said Dave Littell, professor of taxation at The American College of Financial Services in Bryn Mawr, Pa. Littell references the bill introduced by Texas congressman Johnson that solves the Social Security funding problem entirely by making reductions in benefits. Although not officially a part of Trump’s Social Security plan, it has a Republican following.

In addition to raising the retirement age, Johnson’s program also would make the following changes:

Johnson’s bill does not add any new revenue to the program, but instead relies on benefit cuts. So, make sure you’re saving enough.

Littell, however, does not believe Social Security changes in 2017 will include benefit cuts. “This is a hard issue to tackle, as Americans like Social Security,” he noted. “The last attempt to change Social Security benefits was the privatization plan of George Bush, who couldn’t get it passed with a Republican Congress like we have now.”

Benefits could also be slashed under a new proposal by Republican Rep. Tom Price of Georgia, whom Trump named for secretary of Health and Human Services. Price’s plan proposes long-term debt limits. Failure to meet these limits would trigger automatic, across-the-board cuts to federal benefit programs, including Social Security.

Under the bill, members of Congress would not have to negotiate a way to achieve their fiscal goals. They would simply have to vote in favor of reducing the national debt. When the debt bumps against those levels, automatic cuts in Social Security and similar programs would be triggered.

Find Out: How Much Money Do I Need to Retire? 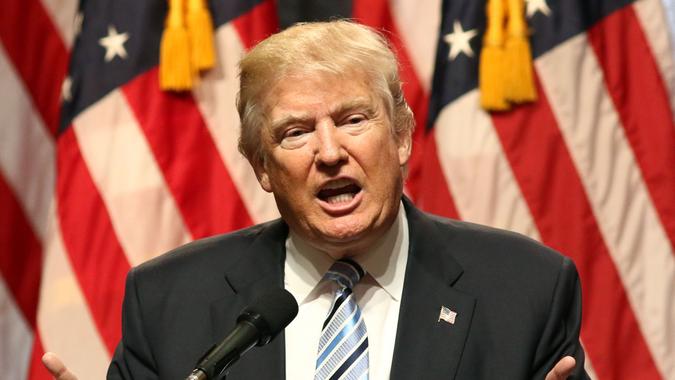 The impact of President Trump on Social Security remains to be seen.