Social Security Taxes Could Be Eliminated via Proposed ‘You Earned It, You Keep It’ Act 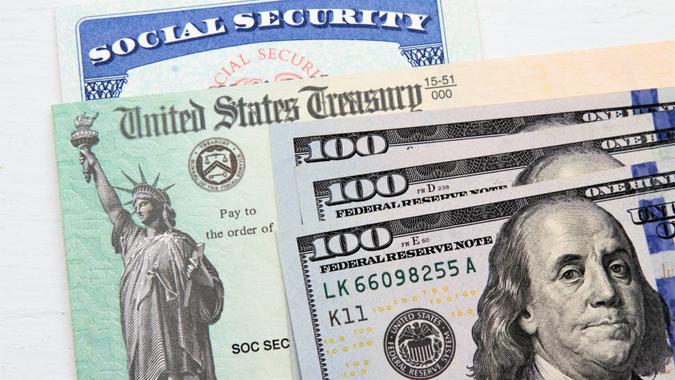 A new bill making its way though Congress is pushing for an end to federal taxes being taken out of Social Security benefits, starting in 2023. Proposed by Rep. Angie Craig (D.-Minn.), the You Earned It, You Keep It Act would eliminate federal government taxes on Social Security payments.

Social Security: New Bill Could Give Seniors an Extra $2,400 a Year
Find: 7 Surprisingly Easy Ways To Reach Your Retirement Goals

“Social Security is a promise we have made to the American people — if you work hard and play by the rules, the dignity of a secure retirement will be within your reach,” Craig shared in an Aug. 16 statement on her website. She added that this move “would allow seniors to keep the benefits they rightfully earned after decades of working and contributing to the American economy.”

Craig also argued that the enactment of this legislation would be a solution to help combat rising inflation for those living on fixed incomes. A recent survey by The Senior Citizens League — conducted from January through February of this year — found that 49% of respondents said they have had to use their savings to adjust for inflation, and that many have no savings at all.

The Minnesota representative’s proposal comes at a time when fears of Social Security’s potential insolvency are growing. As previously reported by GOBankingRates, the 2021 annual report from the Social Security board of trustees noted that the program’s reserves will be fully depleted by 2034-2035 if nothing is done to further invest in it.

You Earned It, You Keep It Act Could Prolong Social Security Solvency, But Increase Taxes For High Earners

Craig’s proposed act recommends paying for the revenue deficit caused by removing taxation from Social Security benefits by raising the cap on relevant (combined OASDI, or Old Age, Survivors, and Disability Insurance) taxes for anyone earning more than $250,000 annually, per a press release. As SmartAsset notes, however, should this legislation pass, high earners could see an increase in taxes owed as a result.

These provisions in the You Earned It, You Keep It Act could enhance the long-term outlook for Social Security’s solvency, with projections from the Social Security Administration’s Chief Actuary, Stephen C. Goss, suggesting a potential additional 25 years of solvency.

Craig has also been behind a few other pieces of inflation-era legislation, introducing two recent bills that were passed in the House: the Year-Round Fuel Choice Act and the Strengthening the Agriculture and Food Supply Chain Act. She has also introduced the Affordable Insulin Now Act to cap out of pocket costs on the necessary diabetes medication.

As of now, the You Earned It, You Keep It Act is on the floor but has not had much traction yet. SmartAsset suggested that if the House were to host a majority of Republicans after the November mid-terms, the more fiscally conservative party could potentially kill the bill.