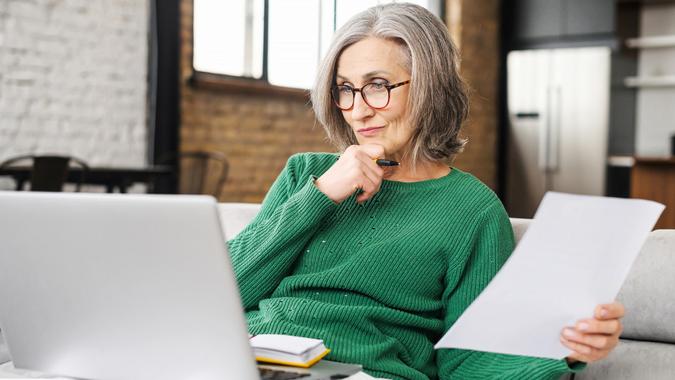 Treasury Secretary Janet Yellen has been warning Congress for months about the potential impact of not raising the debt limit, with one of the inherent consequences being delayed Social Security checks.

While the funds are still there to pay beneficiaries, regardless of debt ceiling negotiations, Yellen wrote that “nearly 50 million seniors could stop receiving Social Security checks for a time” if the government is unable to pay its bills.

However, Social Security experts have chimed in, claiming that Congress will find a way to make sure checks go out on time.

Alicia H. Munnell, director of the Center for Retirement Research at Boston College, wrote that if the Treasury doesn’t have enough cash on hand due to paying other non-Social Security bills, it cannot issue new debt because of the debt ceiling, which could possibly delay Social Security payments.

Related: Yellen Says Minting a Trillion Dollar Coin Is Not A Viable Option To Raise the Debt Ceiling

Despite the debt ceiling predicament, Munnell wrote that Congress does not want to be responsible for millions of people not receiving their Social Security benefits and will more than likely pass legislation to make sure checks go out on time.

Meanwhile, others have said that running up against the debt ceiling could still lead to delays. “If a debt ceiling and a shutdown were to happen at the same time, benefit checks would still go out,” Jason Fichtner, vice president and chief economist at the Bipartisan Policy Center, said to CNBC. “They might be delayed, but new claims could not be processed.”

Fichtner also noted that there are dedicated trust funds that can only be used to pay Social Security benefits, which are entirely independent of the debt ceiling. They can prioritize Social Security payments,” Fichtner said. “They can do it legally, and they will do it.”