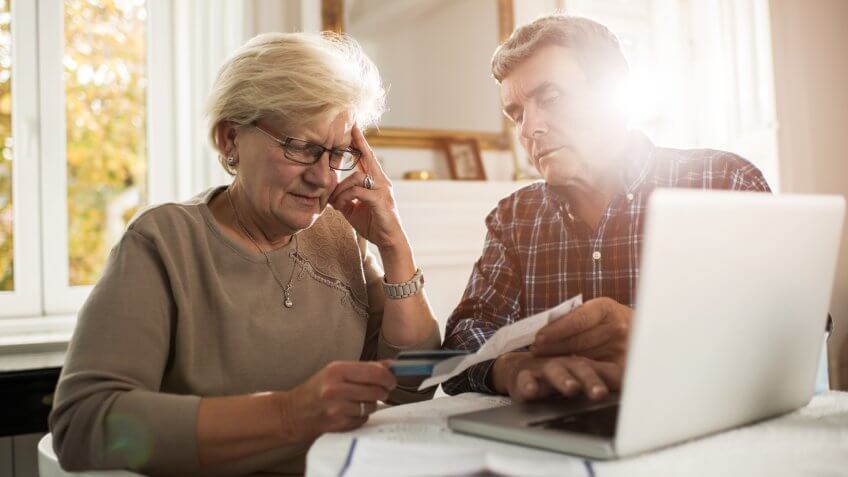 Social Security is the nation's taxpayer-funded retirement system, and most workers pay into the plan through paycheck deductions. Many Americans have no personal retirement savings and intend to live on their Social Security benefits — and little else — when they stop working.

If you are among these folks, retiring on Social Security might be more difficult than you think. Social Security payments are relatively small and might not even cover the basics, let alone emergency expenses. That's why experts recommend you use the benefits to enhance — not finance — your golden years.

Click through to find out how to prepare yourself for retirement with these Social Security facts. 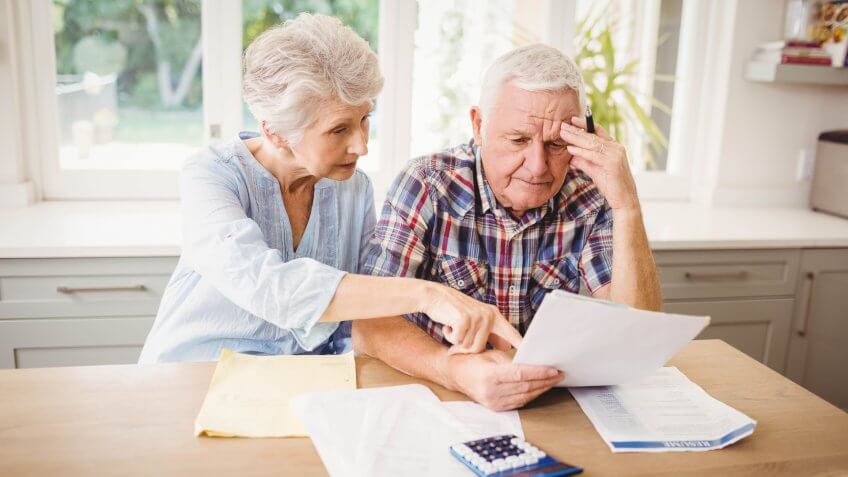 Social Security retirement benefits are not intended to fund a lavish lifestyle. The average monthly benefit for all retired workers in 2018 is $1,404, according to the Social Security Administration. Although it might seem possible to squeak by on that amount, retirement is more expensive than you expect.

If your monthly check is $1,404, your annual income will be $16,848 per year. Such an income is above the federal poverty level for a single person, but it's still not much. To survive on that income, you'll need to find low rent and set yourself a strict grocery budget — and that's before considering utilities, transportation, healthcare costs and bank fees. Carefully think through the various expenses you consider necessities and try to slot them into your retirement budget.

Click to discover hidden fees you need to avoid in retirement. 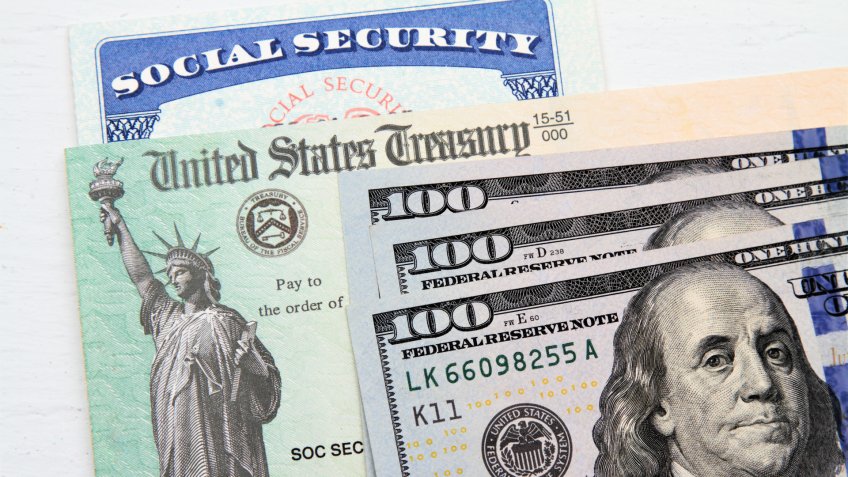 2. It’s Better to Use Social Security as a Supplement

Once you've budgeted for necessities, make a list of possible emergency situations you might encounter: a dead car battery, an injured pet or even spilled coffee on your computer keyboard. The bare-bones retirement check just won't spread that far.

Even the Social Security Administration counsels people not to try to retire on their benefit checks alone. On its website, the SSA says, "Social Security replaces about 40 percent of an average wage earner's income after retiring, and most financial advisors say retirees will need 70 percent or more of pre-retirement earnings to live comfortably." You'll do far better if you supplement Social Security benefits with pensions, savings, investments and an emergency fund.

Must-Read: 39 Ways to Save for Your Emergency Fund 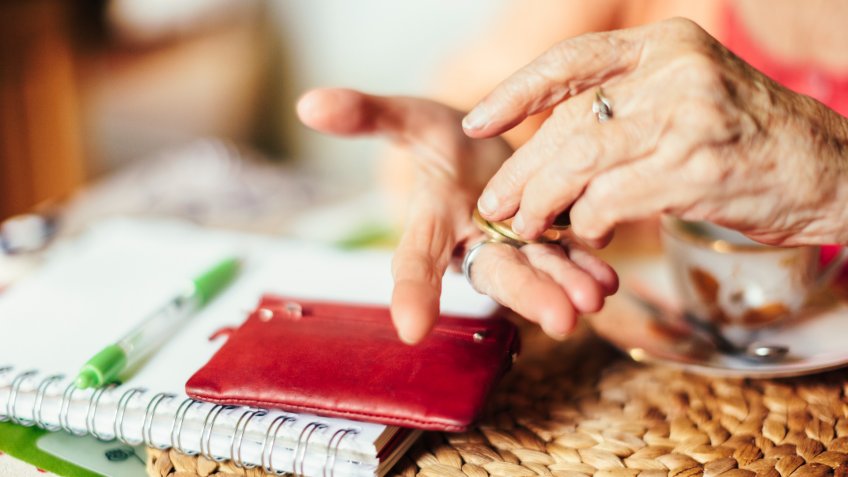 There are many unsettling truths about Social Security. Among them is the fact that as expenses go up, the increased cost of living eats into what your benefits can buy.

The December 2016 COLA increase was only 0.3 percent, which leaves the average retiree with just about $5 more a month. The COLA adjustment that took effect in December 2017 was 2 percent, the highest rise in six years.> 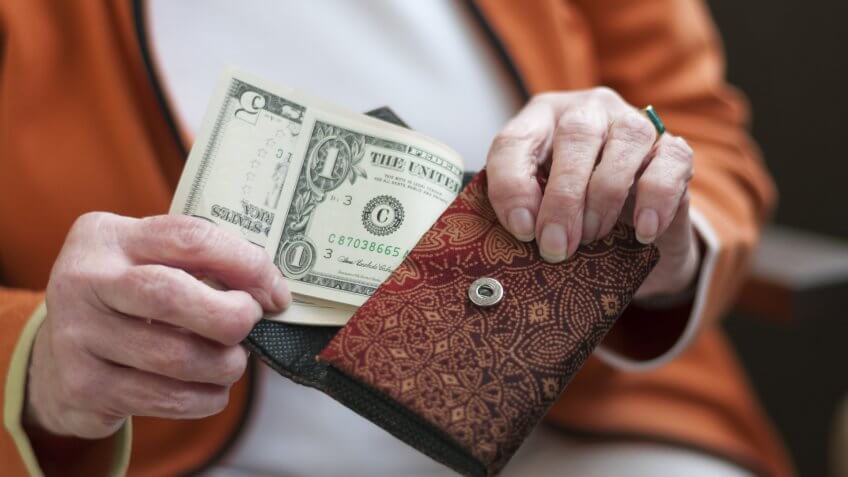 To determine its cost-of-living adjustment, the SSA uses an inflation measure called the Consumer Price Index for Urban Wage Earners and Clerical Workers, or the CPI-W. To get the next year's COLA, the agency averages out the monthly CPI-W figures for July, August and September and compares that average with the same period for the prior year.

Some claim this method doesn't incorporate costs that hit retirees the hardest, like out-of-pocket healthcare costs. These folks have proposed a modification of the COLA method, but it hasn't happened yet. 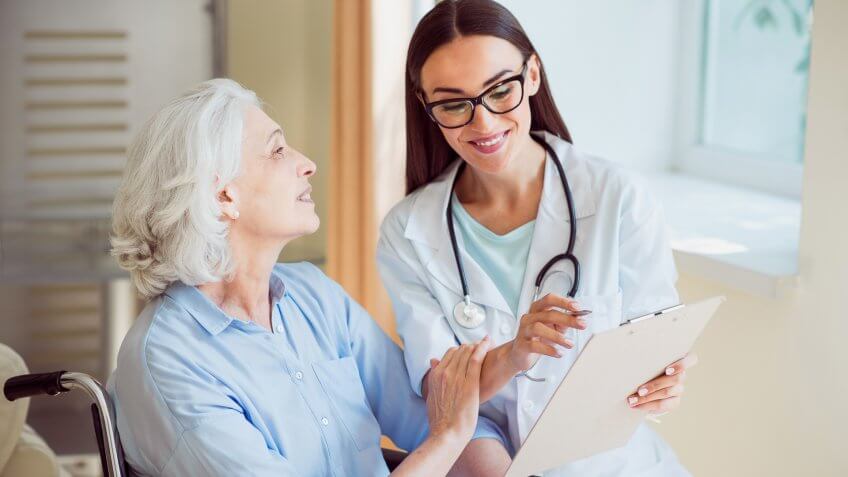 5. Healthcare Changes Could Bite Into Your Social Security Check

Medicare is a national health insurance program that started in 1966. Seniors who pay into the system are eligible for Medicare when they turn 65.

Medicare covers only part of healthcare expenses for those enrolled, however. Recipients are responsible for the rest of their healthcare costs. These costs vary depending on what kind of care a person requires. Premiums for Medicare Part B coverage are rising in 2018, so a good chunk of that 2 percent COLA will likely be spent on Medicare premiums. These cost increases can be difficult for retirees who live on nothing more than Social Security.

Some lawmakers, mainly fiscal conservatives, have expressed concern about the growing costs of Medicare and want to move away from the current “fee for service” Medicare model. Those lawmakers would like recipients to use private health plans, to which the government would contribute only a fixed amount. Recipients would have to pay the balance, which could be difficult for those depending on Social Security in retirement.

Related:What You Need to Know About Medicare in Retirement 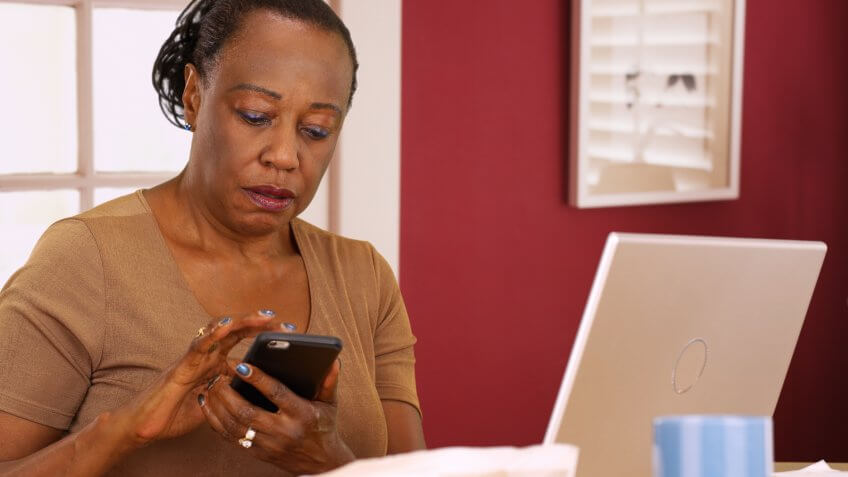 6. Social Security Taxes Can Eat Up Your Benefit Amount

Depending on how much you earn, Uncle Sam might want a share of your Social Security benefits. To determine whether any of your benefits are taxable, compare the base amount for your filing status with the total of one-half of your benefit added to all your other income except tax-exempt interest.

If you decide to retire abroad to get more bang for the buck with your benefit amount, check out the foreign tax rules. Some countries tax the Social Security benefits of expatriate Americans differently than the U.S. does. 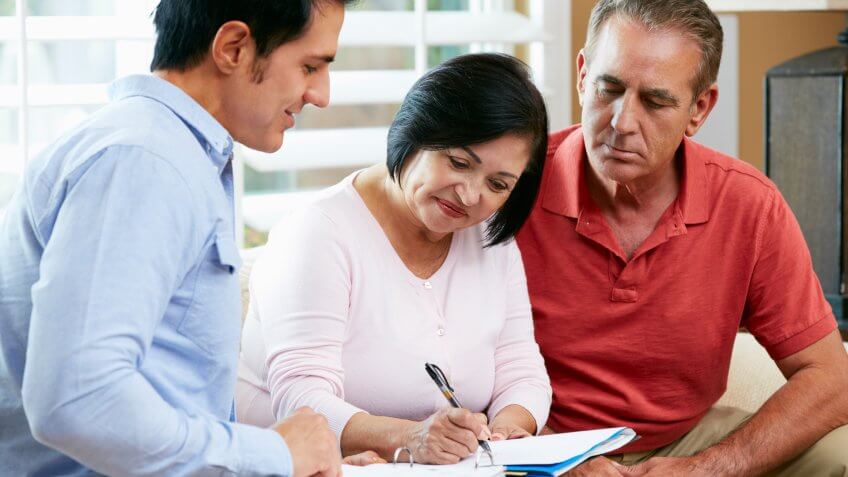 When you decide to retire on Social Security benefits alone, you are betting that the program won't experience any cuts or be eliminated altogether during your lifetime. How likely that is depends on how many years you have left before retirement, as well as the political climate at that time.

President Donald Trump has said he will leave the Social Security system as is, but other Republicans disagree. Mick Mulvaney, the director of the Office of Management and Budget, has advocated cutting Social Security's annual budget and raising the full retirement age to 70.

Given the uncertainty, it pays to keep up with legislative proposals. If you know what is coming, you can prepare and plan for changes to Social Security. 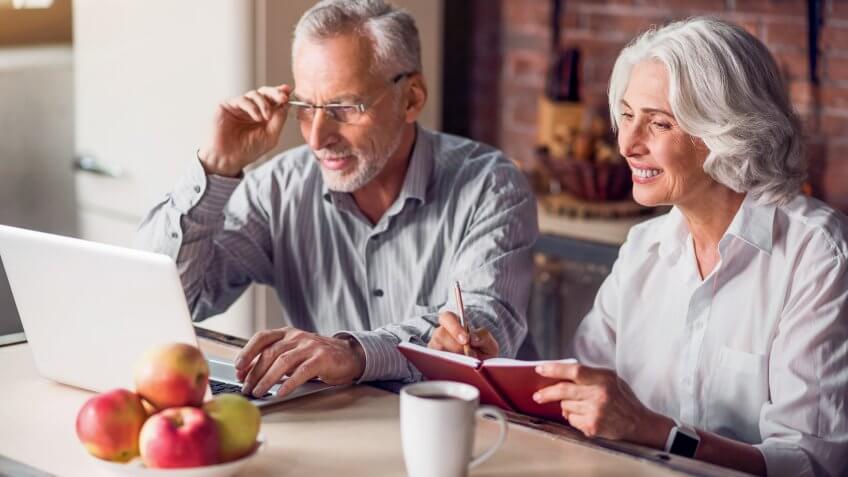 8. Don’t Rely on the SSA Alone for Advice

Brannon T. Lambert, wealth manager at Canvasback Wealth Management in Raleigh, N.C., said planning for retirement is difficult enough when there are a variety of income sources available. It's even more challenging if you intend to use Social Security benefits as your lone source of retirement income.

Lambert suggested doing your own research rather than relying on neighbors, friends or family when you are forging a retirement strategy. Also, don't rely on the advice of Social Security Administration employees. Although you might expect an SSA agent to be knowledgeable, that's not always the case.

Accepting an incorrect assessment of whether you're eligible for a benefit can cost you tens of thousands of dollars in benefits in the future. It is far better to take the time to study and understand your options. 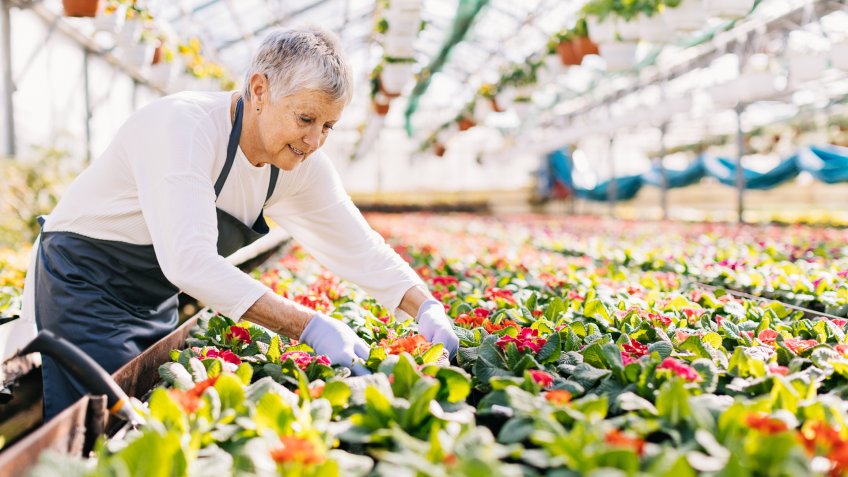 If your budget for early retirement includes working part-time and getting Social Security benefits, you could take an unexpected financial hit. Once you reach your full retirement age, however, your benefits are no longer affected by any working income. 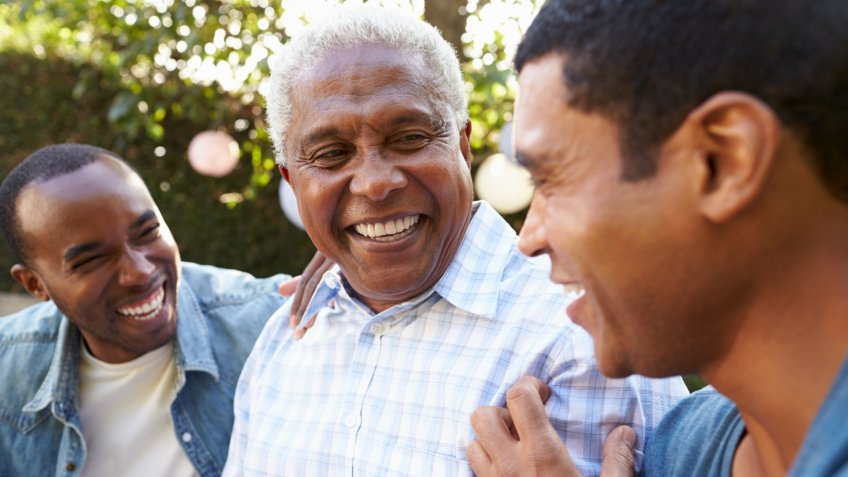 If leaving a financial inheritance to your children or other beneficiaries is important to you, it's going to be very hard to leave any assets to them if you're relying on Social Security alone. As previously stated, Social Security benefits are often insufficient to cover all living expenses, much less to build savings to leave to future generations.

Up Next: Best Places to Live on Only a Social Security Check 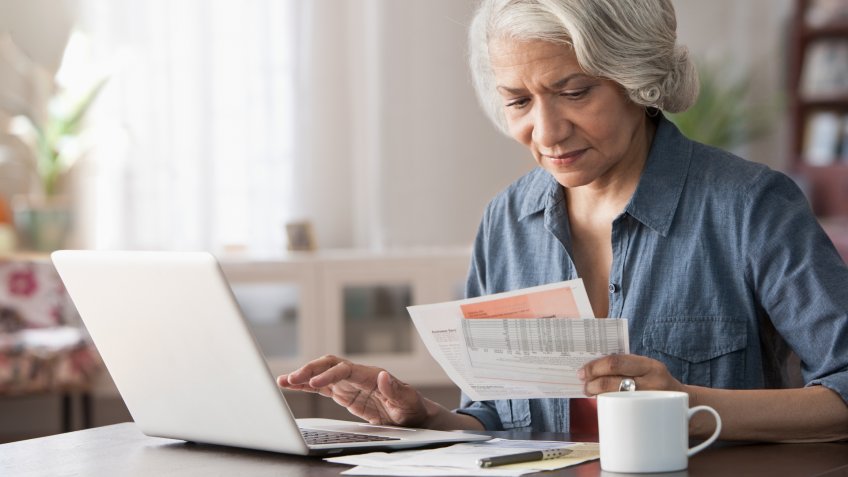 Here’s What Social Security Will Look Like in 16 Years

See what your future social security payment will look like.