What Restaurants and Coffee Shops Are Open on July 4? 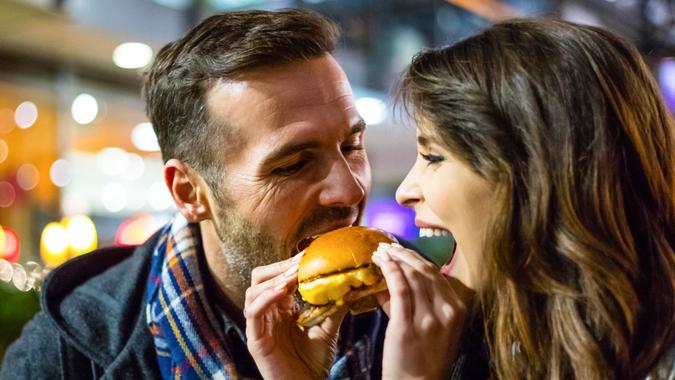 In case you were wondering about America’s culinary habits on the Fourth of July, here’s a number for you: An estimated 150 million hot dogs will be consumed on Uncle Sam’s birthday this year, according to the National Hot Dog & Sausage Council. That’s enough frankfurters to stretch across the United States more than five times — back and forth from Washington, D.C. to Los Angeles.

Not everyone will join in this tradition, however. With this year’s July 4 falling on a Monday, more than 40 million Americans plan to hit the road over the long weekend — away from their back yards and grills. They and many others will be looking to chow down in a restaurant, fast-food joint or café.

Most national and regional restaurant chains will be open on July 4, along with most local, independently owned eateries. Their hours might be different, and certain locations might be closed, so it’s a good idea to call ahead before heading out.

Here’s a list of restaurants and coffee shops that will be open on the Fourth of July, based on various media reports.

Read: 7 Ways To Host a Fourth of July Party on a Budget