During the heyday of China’s Tibetan mastiff craze, the dogs were viewed as prized status symbols among the country’s elite due to their rarity and pure bloodline. The breed’s fluffy, lionesque manes and intimidating size made them an attractive breed for Chinese luxury pet owners on the hunt for the perfect dog. Breeders would say the dogs had “lion’s blood” in their lineage. There was even a report of a Tibetan mastiff being passed off as an African lion at a zoo in China’s Henan Province, according to National Geographic.

If You Can’t Afford This Dog: 30 Least Expensive Dog Breeds

Tibetan mastiffs, which long-ago guarded Tibetan royalty, became a notoriously pricey breed. In 2011, one 11-month-old red mastiff by the name of “Big Splash” reportedly sold for $1.5 million dollars. In 2014, a wealthy Chinese businessman reportedly coughed up nearly $2 million for a 200-pound Tibetan mastiff at a “luxury pet” fair.

Sadly, China’s boom-to-bust cycle of high-demand luxury items quickly turned the popular Tibetan mastiff into a passing fad among the country’s elite. Nowadays, the average asking price for these once-desirable dogs runs closer to $2,000, but many breeders are willing to sell them for far less, according to The New York Times.

During the peak of the mastiff’s popularity, greedy breeders started to mate pure Tibetan mastiffs with other dogs, which turned away any new potential owners. Crossbreeding and temperament concerns have led to the breed’s unpopularity, with numerous cities in China even calling for a complete ban on the dogs.

Traveling With Your Pet? The 10 Most Affordable Pet-Friendly Airlines

The decline in popularity has led to hundreds of abandoned mastiffs in Tibet — as well as a report of 20 Tibetan mastiffs that were rescued from a truck on its way to a slaughterhouse in northeast China to be sold $5 a piece. The dogs’ only value was in their meat and fur.

Adopting a shelter pet instead of buying a trendy — and expensive — breed can improve your health and wellness. Plus, it saves lives and money. It’s good for your wallet and your soul. 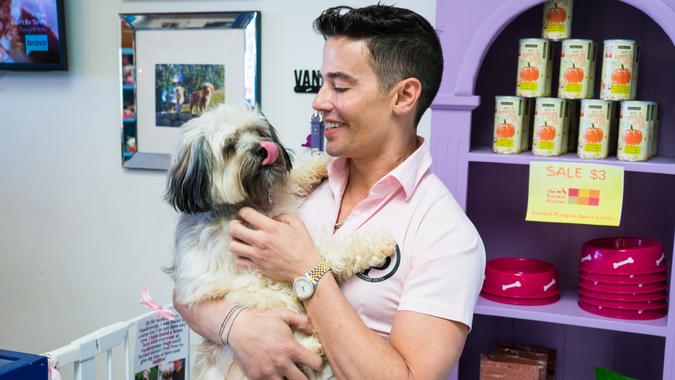