The Happiest Place on Earth is turning 60 years old this year, and while the park’s official birthday isn’t until July 17, Disney fans can celebrate early. Disneyland recently announced it is hosting a 24-hour birthday party on May 22, 2015.

To celebrate the 60th anniversary of this massive cultural phenomenon, which also happens to be one of the most expensive and profitable theme parks in the U.S., we rounded up 15 financial facts you probably never knew about Disney.

Which Disney theme park location was named an affordable summer vacation destination in 2014? Find out here >>>

1. The theme park reportedly took an initial investment of $17 million to get up and running.
That was in 1955 — today those numbers would be closer to $148 million!

3. 11,000 tickets were sold on the park’s opening day.
However, counterfeit tickets resulted in 28,000 people showing up.

7. A one-day, one park Disney theme park ticket for those 10 years old and over costs $99.
That’s nearly twice the price of a ticket in March 2004.

8. It also costs $17 a day to park your car in the Disneyland parking lot.
It costs even more for oversized vehicles, motor homes and tractors without trailers ($22).

9. Disneyland park princesses make a reported $16 an hour.
A former “Snow White” told Business Insider in 2013 that she was initially making $13.50 an hour.

11. Disney’s 11 parks around the world were responsible for a third of the company’s $45 billion in revenue in 2013.
That theme parks also provided 20.7 percent of its $10.7 billion operating profit, according to Forbes.

14. It is estimated that the Disneyland Resort spends between $41,000 and $55,000 a night on its fireworks display.
However, those figures have not been confirmed by Disney. 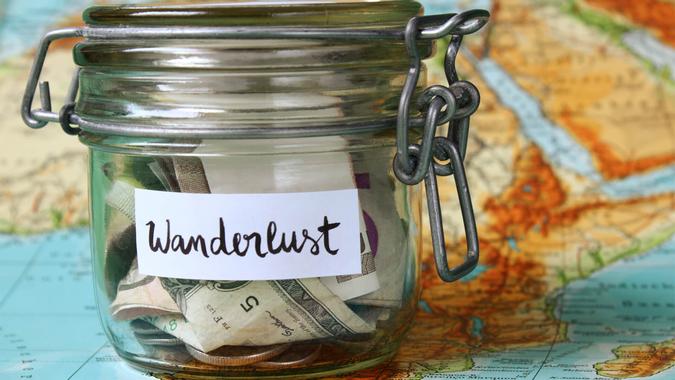 Jeff Yeager’s 10 Ways to Save Money on Travel