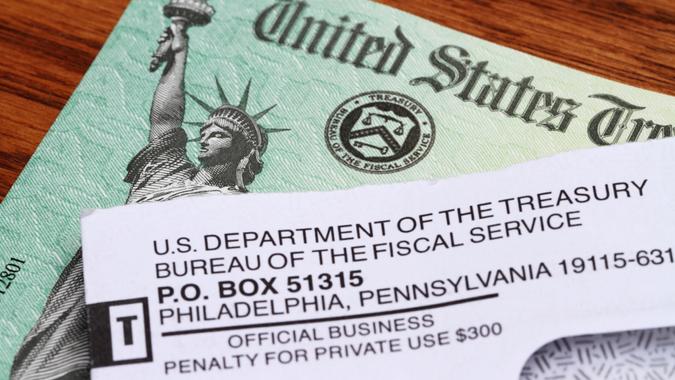 The IRS is hustling to get tax refunds on unemployment benefits to thousands of Americans by the end of the year as the agency continues to dig its way out of a mountain of backlogged returns.

Many taxpayers still haven’t gotten their refunds at this late date, partly because of the backlog of unprocessed returns, and partly because the number of unemployment tax refunds is especially high this year. The reason has to do with a provision in the American Rescue Plan Act that waived federal tax on up to $10,200 of unemployment benefits collected in 2020, CNBC reported. That was the same year that the unemployment rate in the United States hit its highest point since the Great Depression.

Many people who qualified for the tax break filed their returns before President Joe Biden signed the bill into law on March 11, which means they might have overpaid their federal taxes and were owed a refund. The IRS has identified more than 16 million Americans who might be eligible for the tax break. It has already sent nearly 12 million refunds worth more than $14 billion, and it plans to send another batch of refunds before the end of the year.

That’s no easy job, considering that the IRS still had 6.7 million unprocessed individual returns as of Dec. 4. The backlog has been a problem all year, but it’s not the only one.

As GOBankingRates previously reported, the IRS had to send out millions of “math error” notices during the first half of 2021 to taxpayers who made computation errors on their returns. Most of the errors involved federal stimulus payments. There are concerns that the same thing will happen next year for recipients of child tax credit payments.

See: Get a Jump on Your Taxes with These Tips from the IRS for 2022
Find: IRS Announces More Self-Help Apps Available With ID.me Login

The number of returns that required “special handling” reached a historical high of 9.8 million on May 1, CNBC noted, but that number had fallen to 61,000 by Dec. 4.

If you have questions about your tax refund, visit the IRS’s Refund FAQ page.