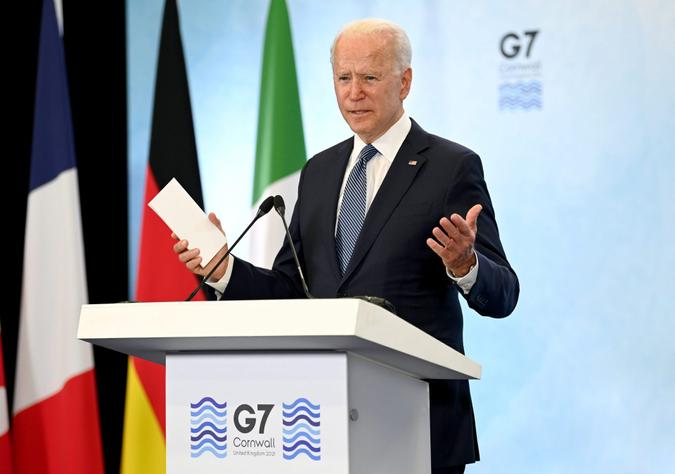 Global leaders met at the G7 summit in the English county of Cornwall over the weekend to discuss and coordinate solutions for important global issues. Summit leaders are in support of President Joe Biden’s proposal for a global minimum tax of at least 15%, White House national security adviser Jake Sullivan wrote on Twitter on Friday.

See: G7 Finance Ministers Meeting Ends With Heat On Facebook, Google and Amazon with Global Minimum Tax
Find: Interest Rates May Need to Go Up – Yellen’s Comments And How They Affect You

“America is rallying the world to make big multinational corporations pay their fair share so we can invest in our middle class at home,” Sullivan tweeted.

G7 leaders will endorse @POTUS proposal for at least a 15% global minimum tax. America is rallying the world to make big multinational corporations pay their fair share so we can invest in our middle class at home.
— Jake Sullivan (@JakeSullivan46) June 11, 2021

This decision comes as no surprise after G7 finance ministers were in favor of a tax rate of at least 15% during a June 5 meeting, as GOBankingRates previously reported. Leaders also agreed that the tax rate would be on a country by country basis.

CNBC noted that Biden’s Global Minimum Tax plan aims to guarantee that globalization and trade are for the benefit of working Americans and not just the ultra-rich and multinational corporations. For other nations, the purpose of the GMT is to end corporate tax cutting by some multinational businesses trying to transfer profit and tax revenues to low-tax countries. The White House proposed the 15% minimum corporate tax rate in May.

Industry lobbyists believe Facebook and Amazon stand to benefit from the 15% agreement if the deal dumps digital services taxes, reports Reuters. According to the Tax Foundation, digital services tax is a levy on selected gross revenue streams of large digital corporations.

The Washington Post explained that by putting a tax rate floor beneath multinational corporations, it could help the Biden administration raise the corporate tax in the U.S. to 28%.

“Fundamentally, the goal for all of us is to make sure companies that are multinationals are paying their fair share of taxes,” Deputy Treasury Secretary Wally Adeyemo said in an interview, as reported by The Washington Post. “Anything we can do to close the gap is going to be a boon to the American economy and business.”