Americans put millions of dollars in foreign accounts each year for a number of reasons. If you have friends or family abroad, do business overseas, have dual citizenship or plan to move, you might need a bank account outside of the country in which you currently live. Find out everything you need to know about offshore banking, plus how to open a multi-currency or foreign banking account yourself, so you can receive and send money internationally with ease.

What Are Offshore Accounts For?

Offshore bank accounts might be useful for you if you live abroad, travel often, do business abroad or plan on retiring abroad.

Keep in mind that some banks require a minimum deposit to open, and might charge additional fees to maintain.

There are secure alternatives to traditional offshore accounts, such as TransferWise’s Borderless account, which can be opened online in a matter of a few clicks.

Related: How to Wire Money Internationally

How Much Money Do Americans Have in Offshore Bank Accounts?

Why Do Americans Have Money in Offshore Bank Accounts?

Survey respondents were asked to choose from the following reasons why they had money in a foreign bank account:

Those who selected “other” were invited to provide their own reason, and several respondents said that they were born in a foreign country and had kept their original bank account when they moved to the U.S.

How Can Someone Transfer Money Into an Offshore Bank Account?

There are several ways to transfer money from the U.S. to an offshore bank account, including:

Keep in mind that the different options have different fees associated, even if these are not explicitly stated. A bank might not charge an outright fee that you’d see on your bank statement, but they usually offer you a poor currency exchange rate, which is how they make a profit from your transfer. The real exchange rate, or the mid-market rate, is the midpoint between the buying and selling price of a currency and is available from independent sources such as Reuters and Google. If you’re given a different exchange rate than the one you see from these sources, you’re being charged a hidden fee.

Wire transfer services, such as Western Union, also mark up the exchange rate. An online money exchange tool like PayPal charges a transaction fee, and also profits by offering you a lower exchange rate than the mid-market rate. TransferWise, on the other hand, is a great alternative to PayPal. TransferWise is an online money transfer company that transfers your money internationally cheaply. It charges a fair fee upfront and always gives you the mid-market rate.

If you are considering opening a bank account abroad, you have several options. You can either open an account by visiting a bank branch or you can open an account online. There are multiple providers who can offer these, but each option has its requirements and limitations. Here’s information on how to open an offshore bank account from four major providers:

TransferWise’s Borderless account allows you to deposit money in different currencies without being charged multiple bank fees. You can send, receive and manage your money in 27 different currencies using a single account for free, and the only fee you are charged is when you move money between currencies. TransferWise offers the real exchange rate for any currency transfers you make. You get the same level of security that you would at a traditional bank. With a Borderless account, you get local bank details, which means that you can get paid as if you were a local. For example, if you’re based in the U.S. and work as a freelancer for a company in the U.K., with your TransferWise Borderless account you will have local U.K. bank details to use when you get paid. In this way, you avoid international transfer fees and exchange your money when you want.

TransferWise Borderless bank accounts are currently available in 39 U.S. states and Washington, D.C. Set up and open your free account online. Setting up an account is free and can be done completely online. You will need to upload a photo ID to verify your identity that contains the following information:

Passports, national ID cards and photo driver’s licenses are all acceptable forms of ID. In most cases, verification takes two business days or less. Once your account is set up, you can immediately add money, convert money or send money.

How to Open a Foreign Bank Account With HSBC

To open a bank account abroad with HSBC, the bank suggests visiting your local bank branch to discuss options. You can also begin the process of opening a bank account abroad through HSBC’s International Banking Center via telephone or personal internet banking. However, you might have to pay a fee for some International Banking Center services if you are not an HSBC Premier customer. To open an account in a foreign country, such as the U.K., you will need to provide a passport or national ID card as proof of identity, as well as your address. HSBC has locations in 67 countries and territories in Europe, Asia, the Americas, the Middle East and North Africa.

How to Open a Foreign Bank Account With Citibank

Depending on the country you would like to open an account in, Citi might be able to help facilitate the process without you physically being in that country. In some cases, you can even receive your banking card and PIN while you are in the U.S. If the option to open an account from the U.S. is not available in your desired country, Citi can schedule an appointment for you at a local bank in that country. Citibank has 1,800 banks overseas.

To apply for an offshore account with Citibank, you will need to complete an application form and provide:

If all documents are filled out completely and correctly, your account will be opened in no more than five business days.

How to Open a Foreign Bank Account With Wells Fargo

Wells Fargo provides a range of products and services to corporate customers around the globe through affiliated banks, but they do not have offices outside of the U.S. You must have an account in the U.S. to be a Wells Fargo customer; you cannot open a Wells Fargo bank account abroad.

What Are the Tax Implications of Having a Foreign Bank Account?

Depositing money into foreign accounts could save you on taxes, depending on the tax laws in the country. Some countries, such as Bermuda and Netherlands, are known as being tax havens because of their low or nonexistent tax rates.

However, you must disclose income you receive from abroad and information about your foreign bank accounts when filing taxes in the U.S. if you are an American citizen. If you do not, you could face substantial penalties, interest, fines or even imprisonment.

This content is not provided by Citibank. Any opinions, analyses, reviews or recommendations expressed in this article are those of the author alone and have not been reviewed, approved or otherwise endorsed by Citibank.

Data is subject to change. For the most up-to-date information on an institution or its accounts, visit its website. 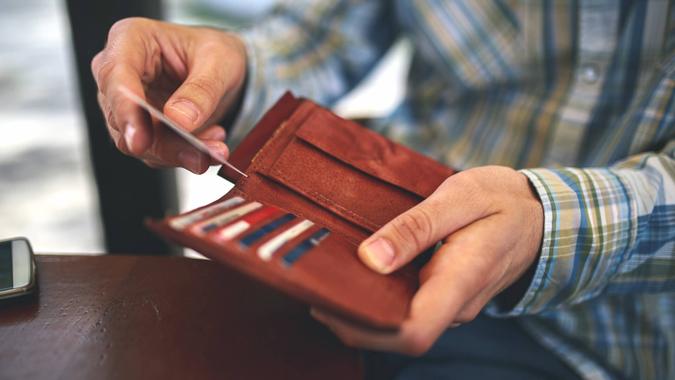 50% of Americans Are Cheating — on Their Bank