Has the Pandemic Hurt Your Credit Score? 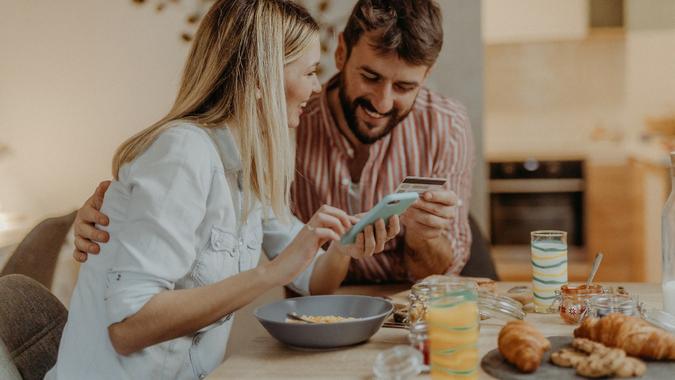 If your credit score has declined over the last couple of years, it might be tempting to blame the COVID-19 pandemic. But based on the available data, the pandemic might not have played that big a role.

See: What is the Highest Credit Score Possible and Is It Achievable?
Find: Looking To Diversify In A Bear Market? Consider These 5 Alternative Investments

A separate study from the Urban Institute, also published this year, found that the median credit score for all adults with a credit record was 709 in August 2021, the most recent data available. That compares to 693 in February 2020, before COVID-19 began its rapid spread around the country. About 20% of adults with a credit record had a subprime credit score in August 2021, down from 25% in February 2020.

Meanwhile, delinquencies for credit card accounts actually fell during the first year of the pandemic, according to research published in early 2021 by the National Consumer Law Center.

The main reason credit scores improved even in the face of shuttered businesses and rising unemployment is because credit card utilization rates decreased during the pandemic, according to a report from the Federal Reserve Bank of Boston. Credit utilization is the percentage of the amount of credit you owe vs. your total credit limit across all cards and loans.

One reason credit utilization ratios might have fallen during the pandemic is that many Americans used federal stimulus checks to pay down debt. This could help explain why households with lower credit scores saw higher increases than households with high credit ratings.

Another factor was this: During long stretches of the pandemic, there just weren’t that many things to spend money on — particularly in terms of discretionary purchases. Many stores and restaurants were forced to close during COVID-19 lockdowns, and travel came to a near standstill. With no place else to put their money, many Americans put it toward savings or debt reduction.

All of which means credit scores could weaken now that pandemic restrictions have been lifted and the economy has opened back up again. The hospitality industry — hotels, airlines, restaurants and the like — has seen a major uptick in business this year compared with pandemic numbers. This means many consumers are running up their credit-card bills.

The wild card is how high inflation and a looming recession will impact spending moving forward. If consumer confidence sinks, there could be a leveling off in spending, experts say, which would likely have a positive impact on credit scores.