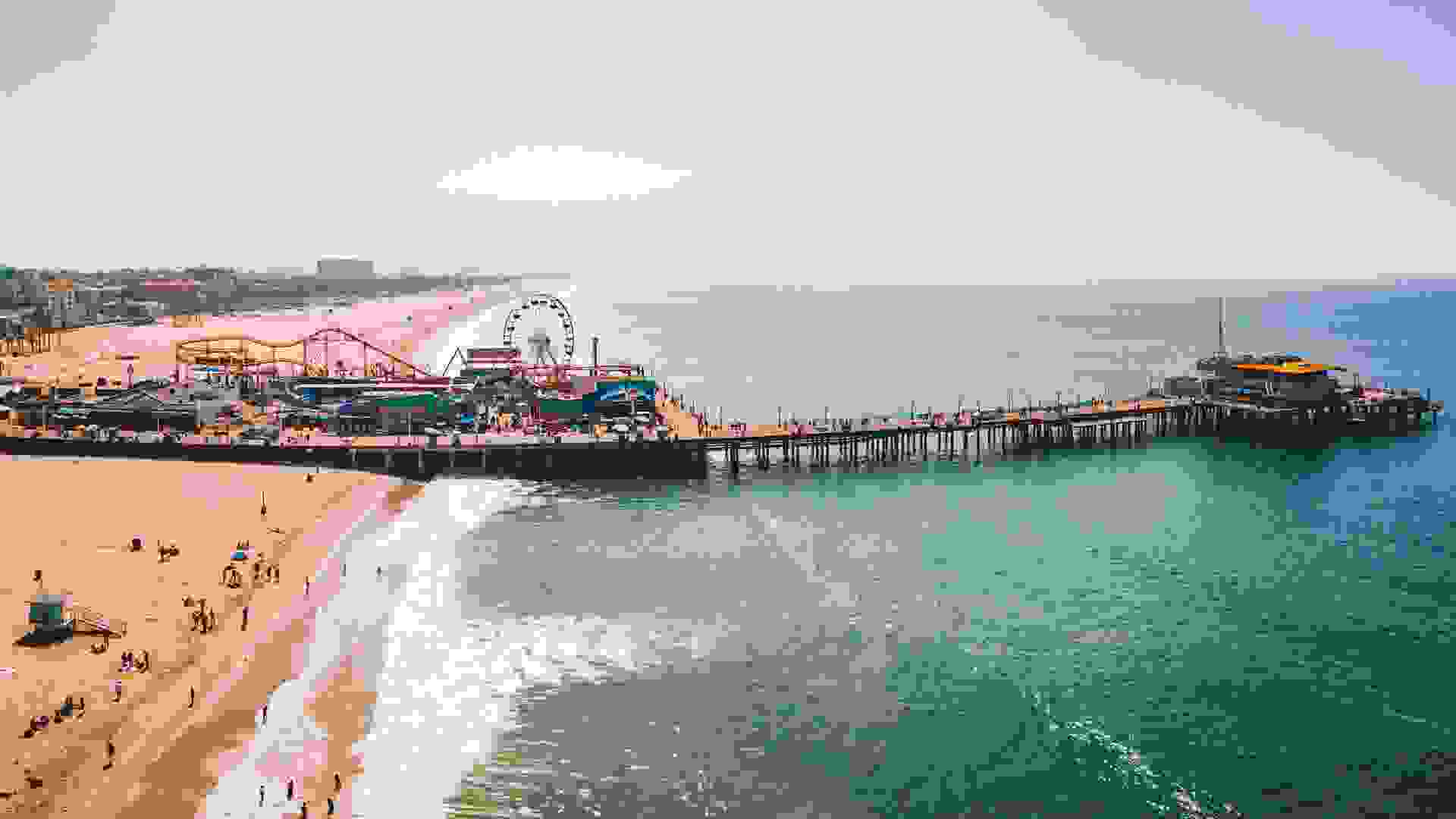 Climate change is likely to have severe impacts on the overall economy. For example, NOAA projects $106 billion of property will be underwater by 2050 and the construction of new power generation could cost people up to $12 billion per year. The economic cost is already cropping up; Sean Harper, CEO of Kin Insurance pointed out that the average cost of homeowner’s insurance increased from $508 in 2000 to $1,248 in 2018.

However, the U.S. is a big country, and not every city will be impacted equally. Some cities will face major crises, while others will likely see much less severe impacts. As you might expect, coastal cities face the greatest threat in general. However, being seated hundreds or even thousands of miles from an ocean doesn’t guarantee immunity from climate change impacts.

While the sea-level rise is the biggest threat to many coastal cities, unbearable heat waves and droughts could ravage middle America, too. And, of course, increasingly frequent wildfires are a concern for the West Coast.

As we go through this gallery, we’ll take a look at both coastal cities as well as those nowhere near large bodies of water. And, indeed, the impact of climate change will be felt far and wide. 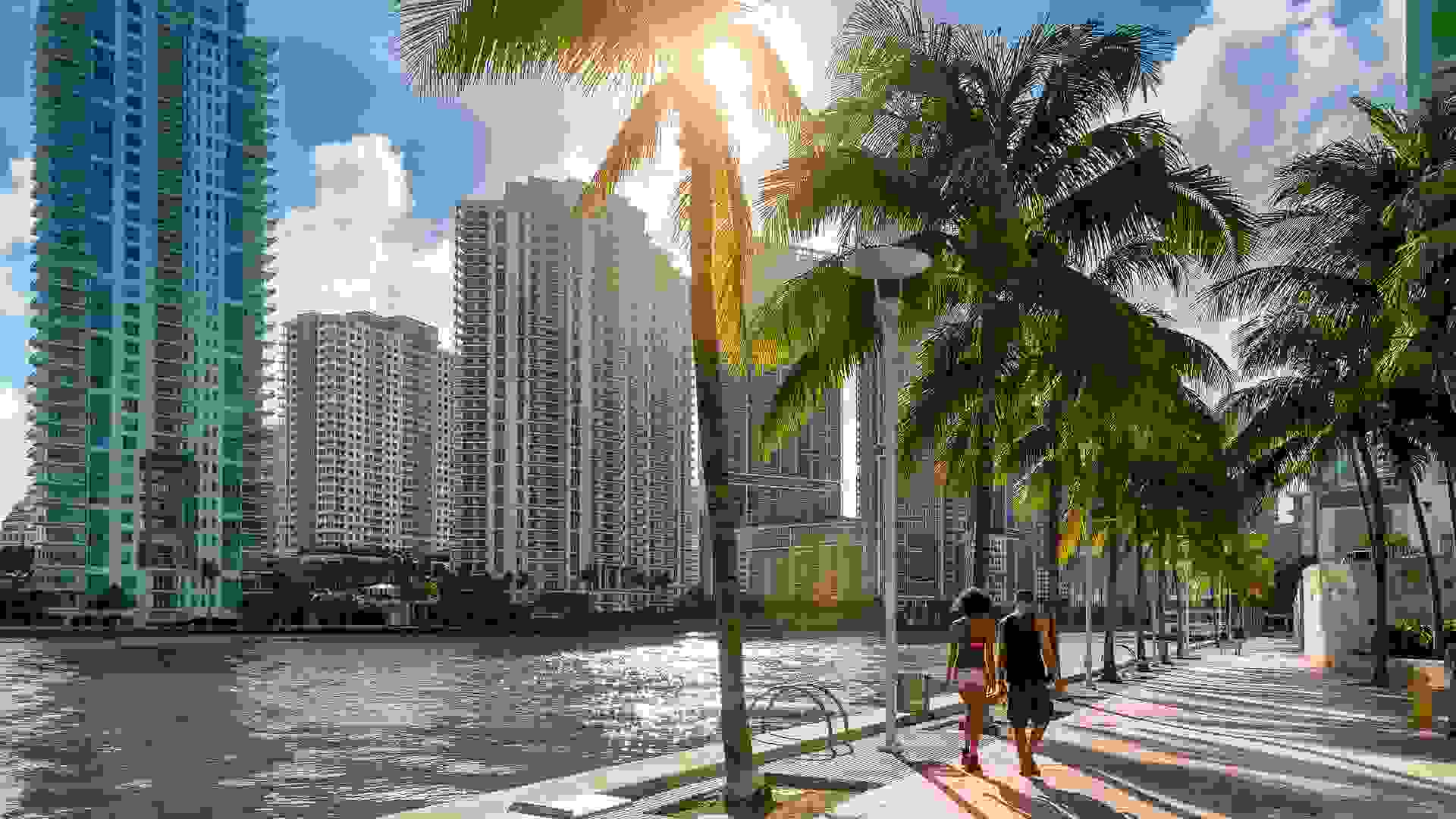 Like Harper pointed out, homeowners insurance is only increasing and when it comes to Miami, it is oftentimes the first city people think about when they think about climate change, which means housing there could see some problems.

Gimlet Media’s How to Save a Planet podcast highlighted the cognitive dissonance swirling around current and upcoming real estate projects in the city. Despite the concerns around climate change, construction is full steam ahead.

Another estimate predicts that Miami could experience sunny day flooding on as many as 100 days by 2050. However, one Weather.com report ranked cities in terms of greatest climate risk and considered factors such as sea-level rise, extreme drought and urban heat islands. That report ranked Miami No. 19 nationally.

See: Climate Change Is Hurting Home Values in These Cities 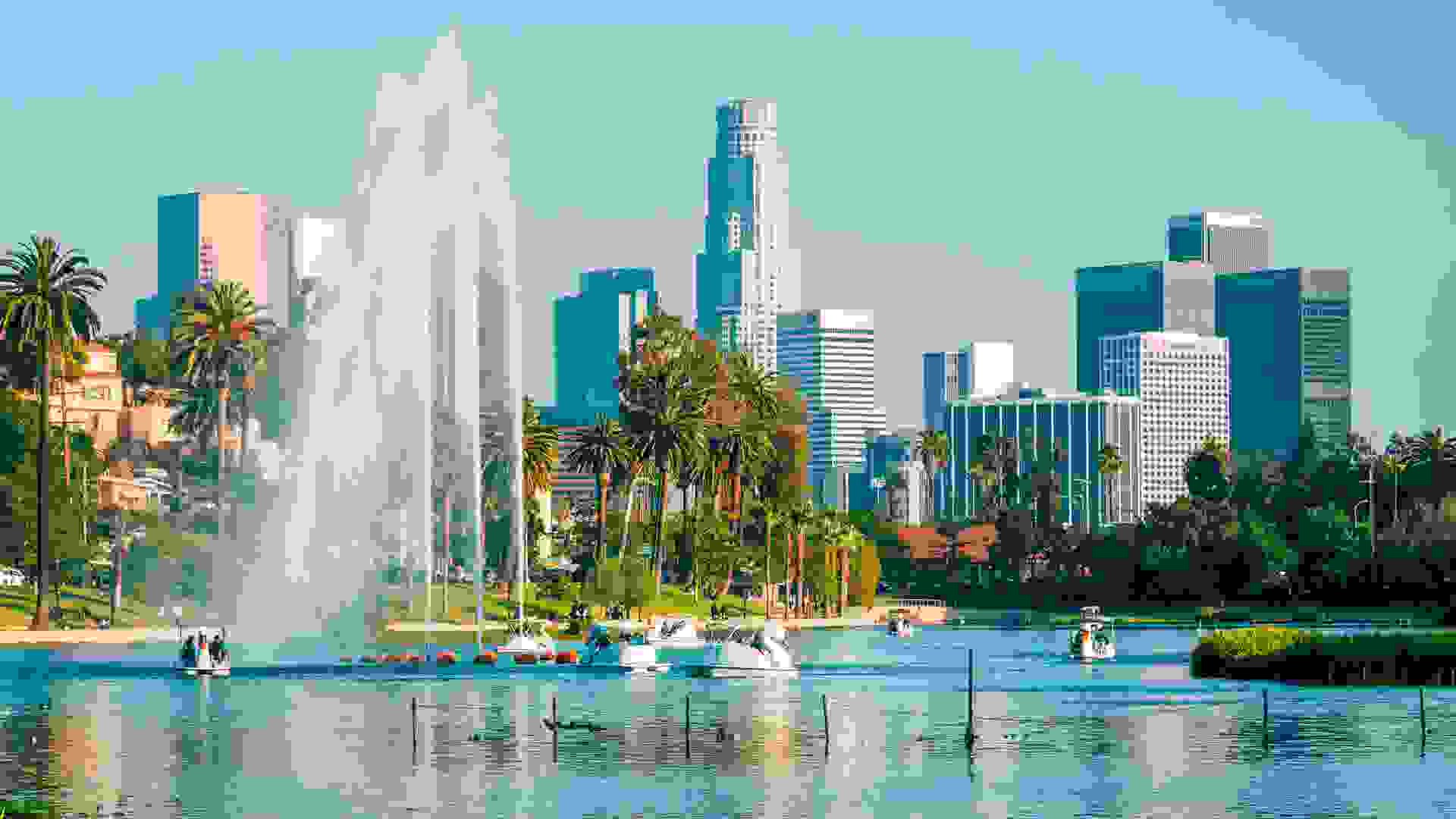 Los Angeles has a number of risk factors when it comes to climate change. Among the problems it could soon face are rising sea levels, wildfires and higher temperatures. Thanks to higher sea levels, the area’s numerous beaches could be the first to be threatened by climate change. Los Angeles County published a report that projects some beaches could be 100% underwater by 2100. However, as the website notes, there is a lack of certainty about just how high sea levels will rise. Nevertheless, if these projections align with reality at all, the impact on both the city’s residents and their homes as well as its tourism industry could be significant.

Check Out: What Homes Will Be Worth in Your State by the End of 2021 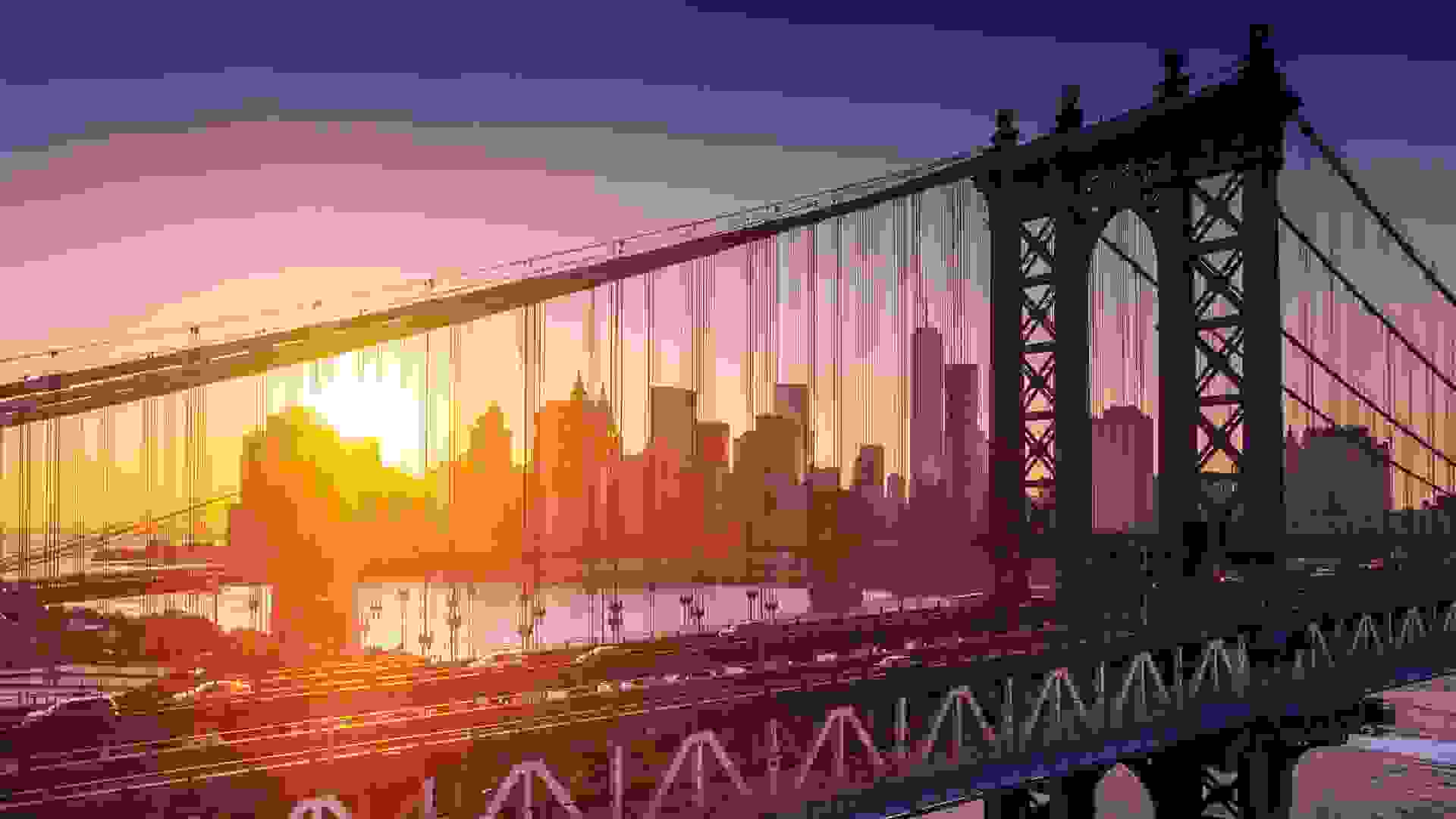 The Big Apple may be the financial capital of the country and perhaps the world, but no amount of money can insulate it completely from climate change. In particular, the city is vulnerable to more frequent hurricanes and increasing precipitation. Of course, New York is also close to the Atlantic; things are even worse for Manhattan because it is an island. In addition, sea-level rise along the coasts presents a significant threat. New York state projected that sea levels could rise by as much as 75 inches by 2100 in the Lower Hudson region, which could have a major impact on homes there.

More: Houses Are Selling the Fastest in These 10 Real Estate Markets 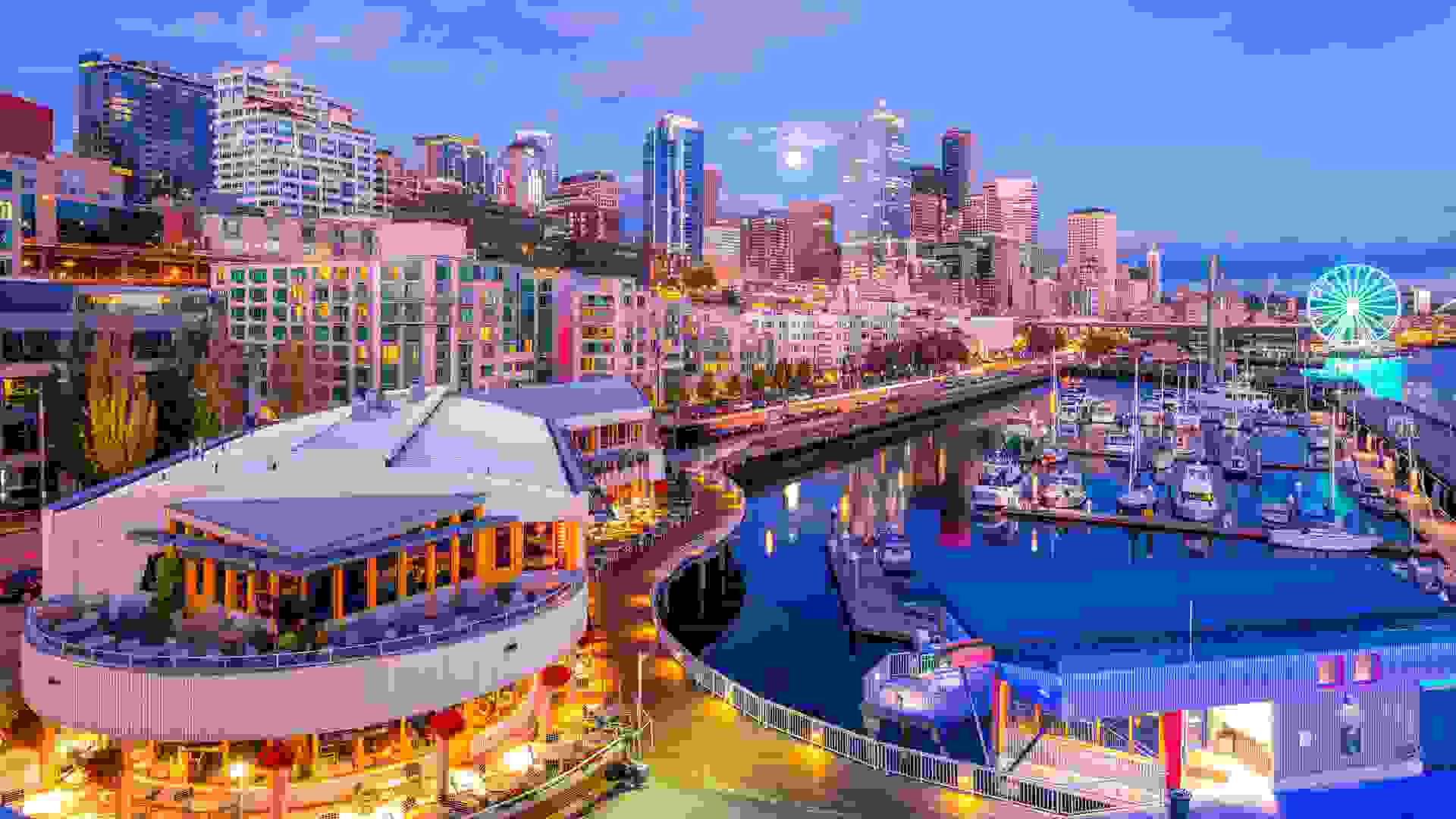 Given its proximity to the Pacific, Seattle has its share of climate risks. For instance, the city of Seattle projects the city will experience 28 inches of sea-level rise by 2100. However, the city is already feeling the effects. “In the Seattle market we’re already seeing the impacts of climate change and the real estate markets,” says Matt Van Winkle, broker-owner and attorney at RE/MAX Northwest. “Seattle recently completed a new downtown tunnel and seawall that was engineered considering future rising water levels. Climate change and the changes of water levels have resulted in engineering challenges and expenses that likely would have been significantly less a decade ago.”

Read: 50 Cities With the Most Overpriced Homes 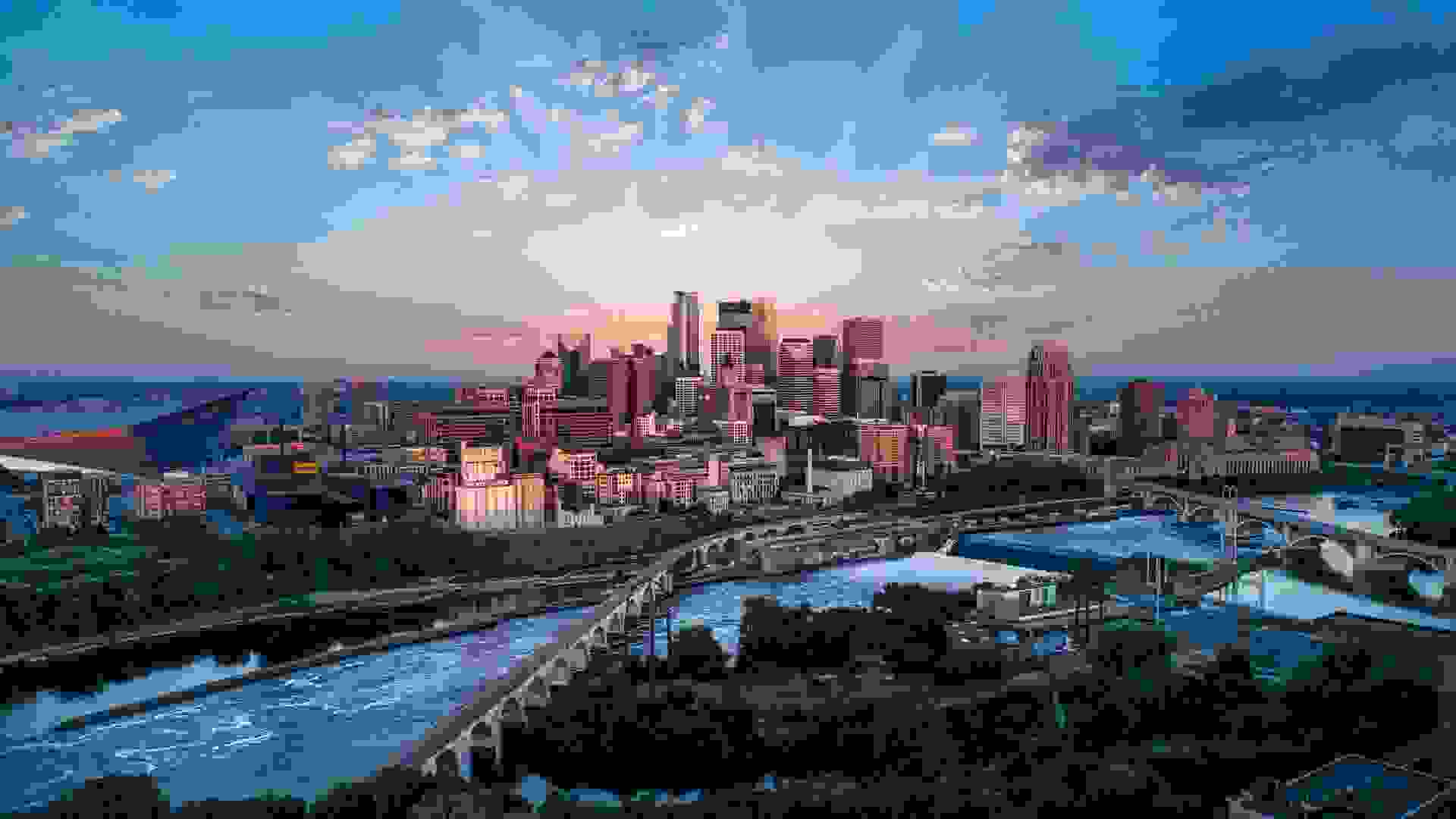 Minneapolis may not be a city that immediately jumps out as having a high level of climate risk, but there are a number of factors that threaten the Twin Cities and the housing there. Among those risks are both increases in precipitation and drought. Rainfall has already increased by 35% on the city’s wettest days over the past half-century, a trend that will only continue. In addition, the urban island effect makes Minneapolis much hotter than surrounding rural areas. While the city does have a sustainability plan, it will face significant challenges going forward.

See: 20 Key Signs That Your House Is Losing Value 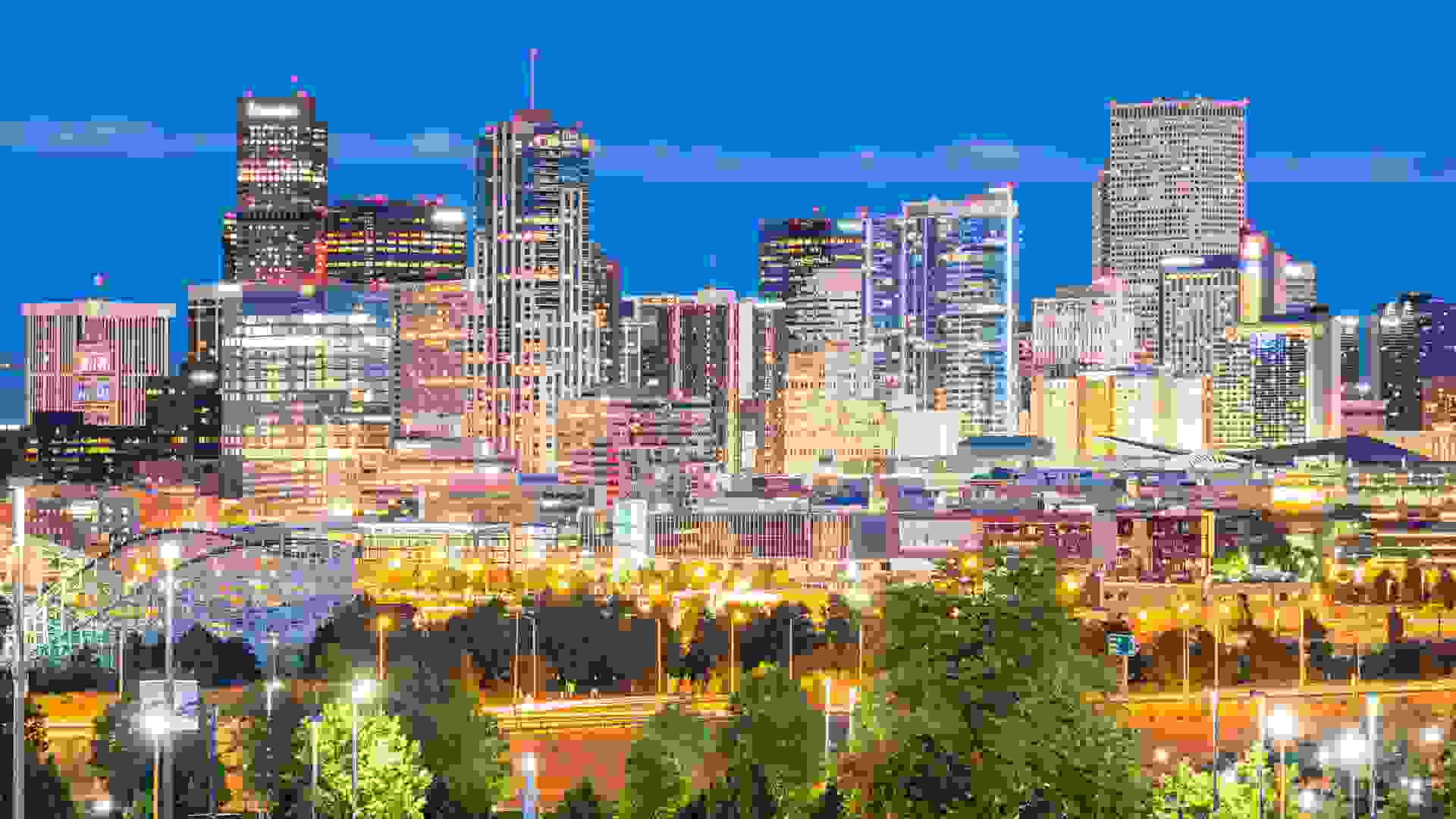 Denver is another city that faces some significant risks despite being nowhere near the ocean. In reality, the risk for Denver would be very serious if that were the case. Nevertheless, Denver has the third hottest urban island in the U.S. What does that mean? It results in an urban area that is as much as 23 degrees hotter than surrounding areas — a staggering difference. With the climate continuing to warm generally, heat in the city could become dangerous. 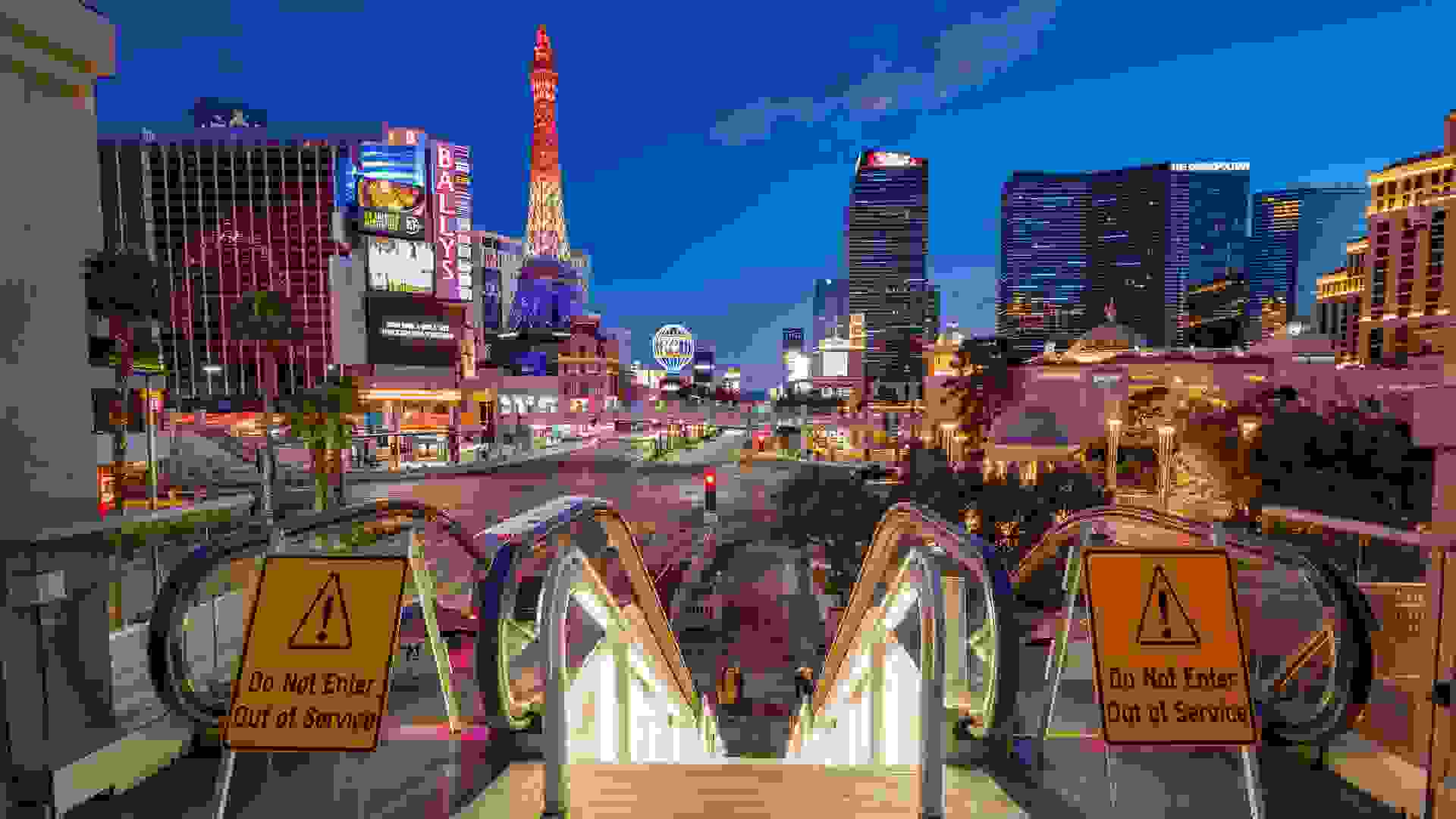 Las Vegas will be under increasing pressure due to climate change for exactly the reason you might expect: rising temperatures. And with higher temperatures comes an increased incidence of drought. As if the risks were not already great enough, Vegas has the largest urban island effect of any city in the country. The state of Nevada projects several climate change impacts with a high level of confidence: heat and heatwaves, loss of snow and wildfires. It goes on to outline several public health risks, including degradation of water quality, local species extinction and health impacts due to heatwaves. 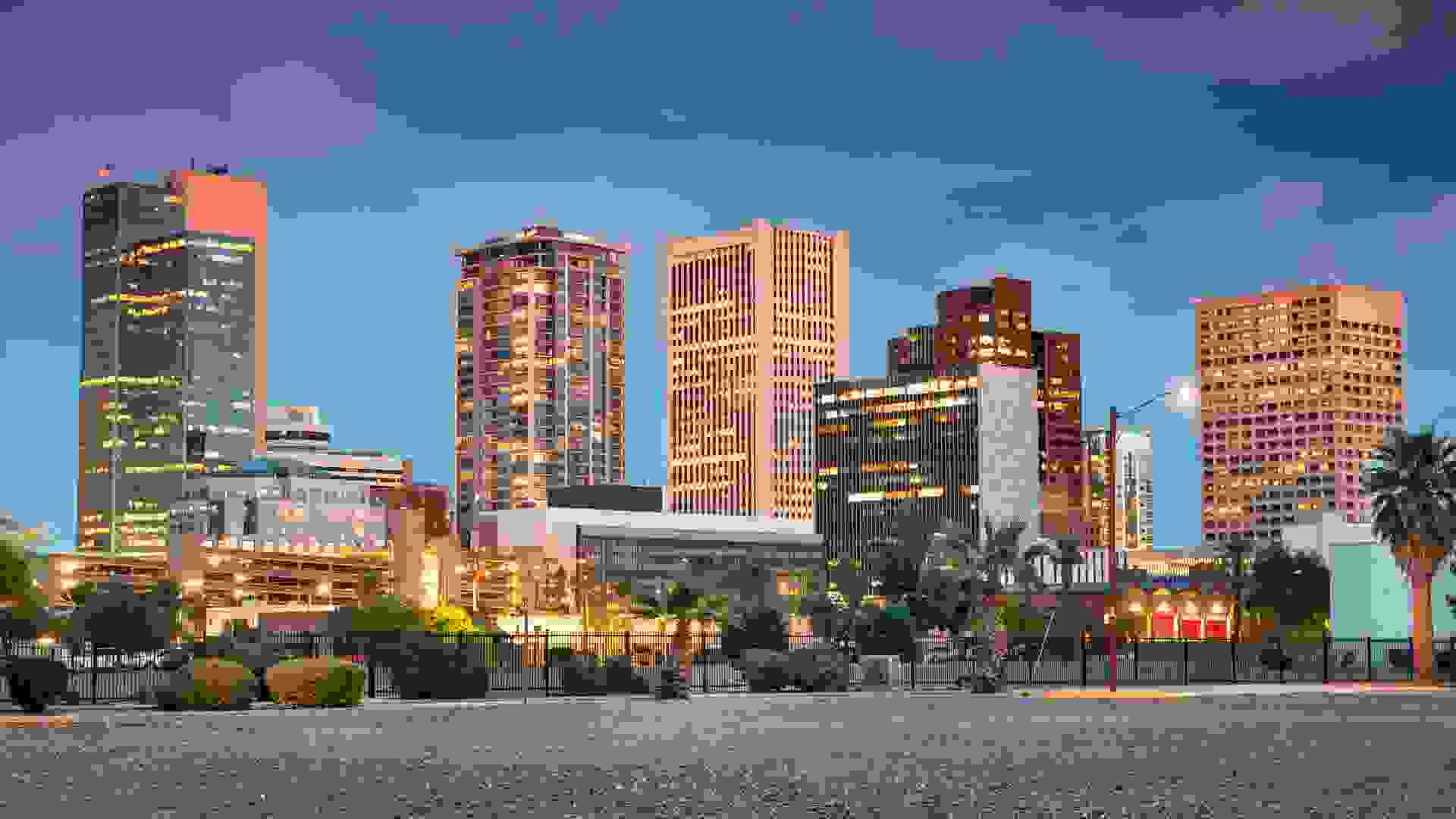 Phoenix is another city that is threatened due to the fact that it is already hot and will only get hotter due to climate change. In fact, six counties in Arizona may be unlivable in the next 30 years, including Maricopa County, where Phoenix sits. In particular, counties in Arizona face risks due to heat, crop yields, wildfires and economic damage. Pinal County, Arizona, is the second most at-risk county in the country according to this report. Arizona is already breaking heat records for 110- and 115-degree days, and it could experience at least 95-degree heat for half of the year.

Read: This Is the Salary You Need To Afford the Average Home in Your State 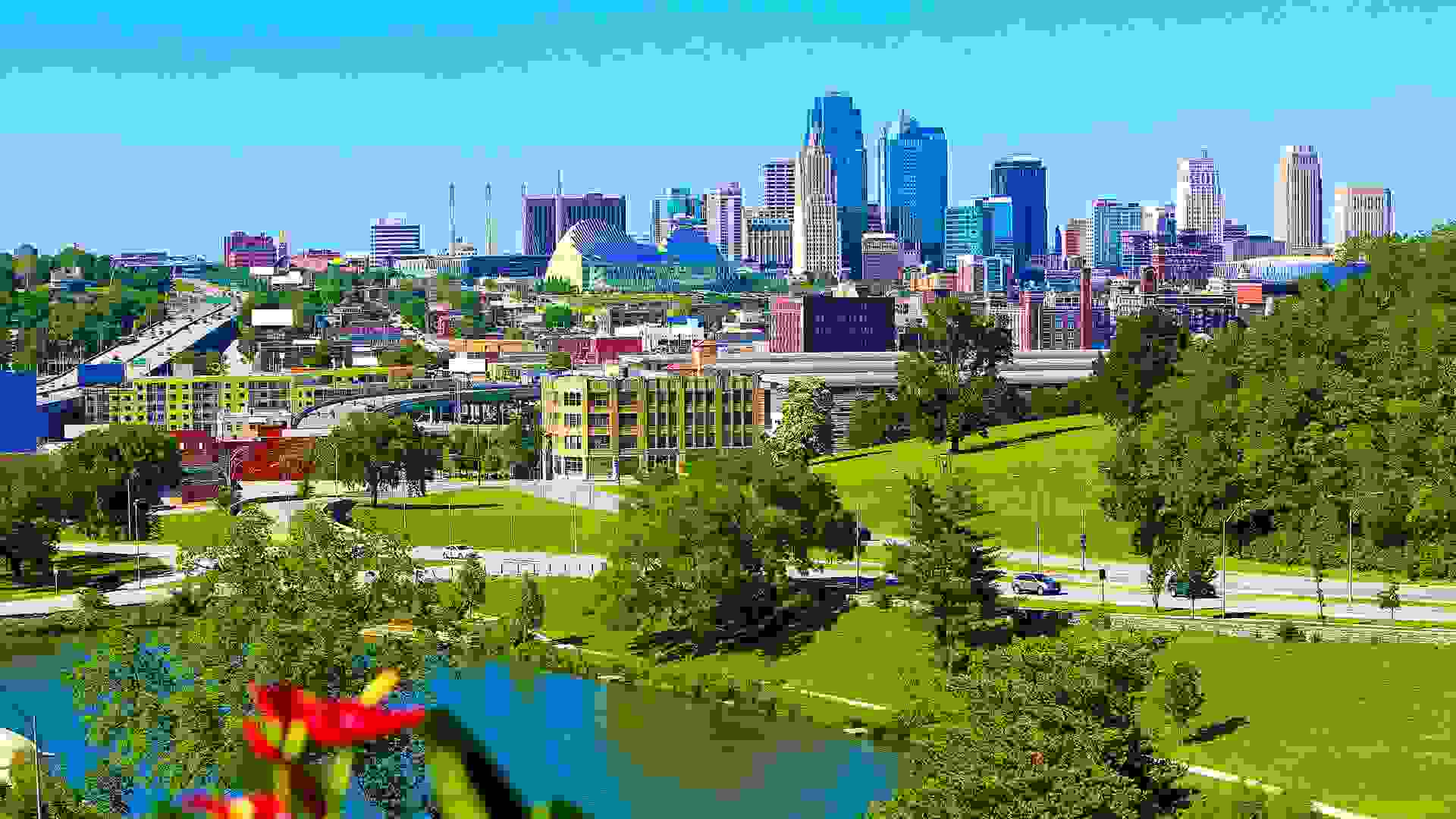 Kansas City faces no risk due to sea-level rise, but it is still vulnerable to several complications due to climate change. As is the case with other midwestern cities, drought and heatwaves pose the biggest threat here. According to ClimateLOOK, Kansas City is projected to see an average annual increase of 4 degrees Fahrenheit by mid-century. By the end of the century, that figure could climb to as high as 8 degrees. Accordingly, the number of days over 105 degrees will increase from less than one to more than five per year. These are just a few of the main figures, but many other impacts are expected in Kansas City related to higher temperatures.

See: 10 US Cities With Plenty of Jobs and Cheap Housing 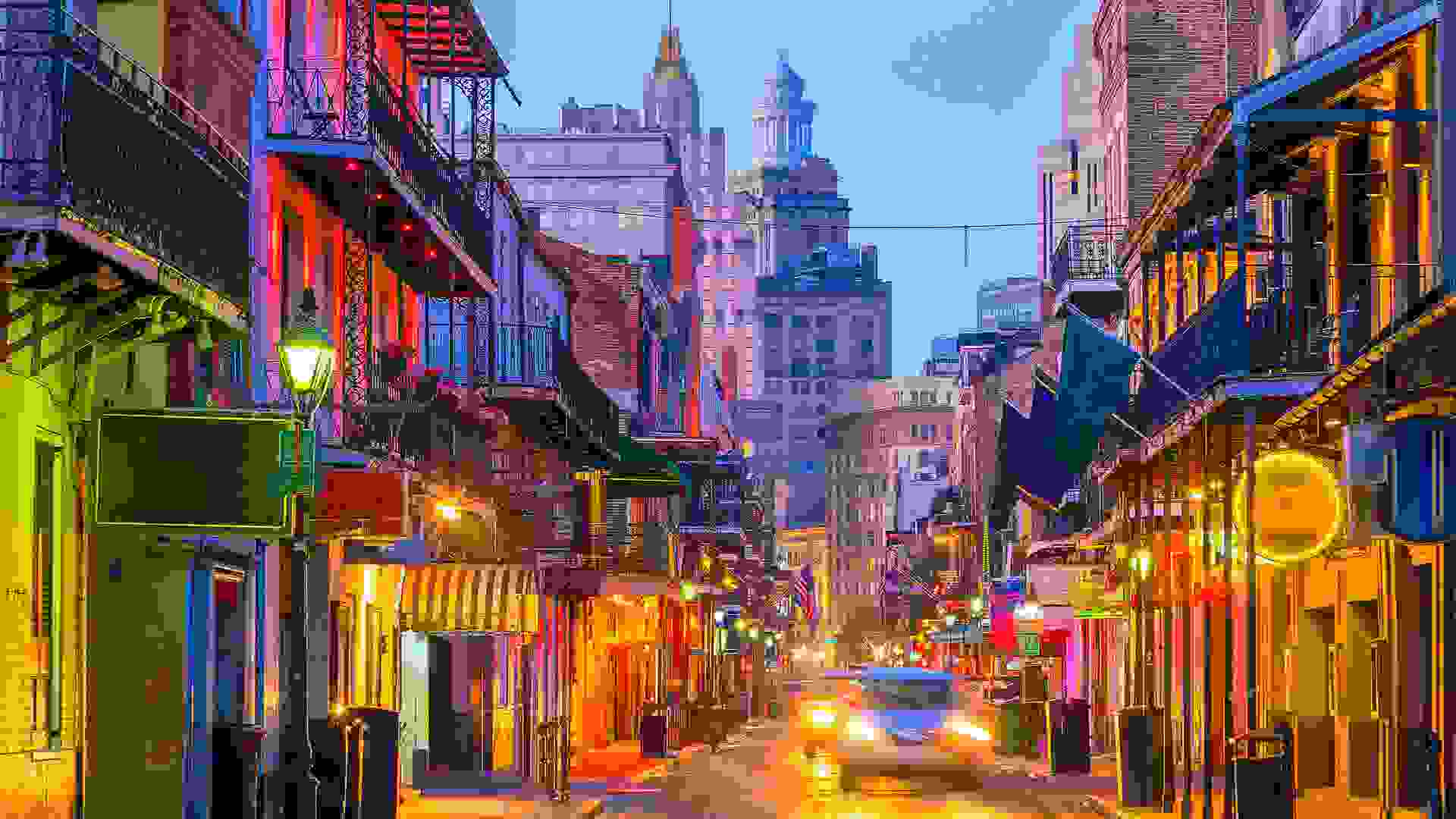 Although the population of New Orleans is growing rapidly today, with a 13.5% increase compared to 2010, that doesn’t mean the Big Easy has easy times ahead. In fact, New Orleans is arguably the most threatened by climate change of any U.S. city. The Weather.com report mentioned earlier puts New Orleans at No. 1 in terms of climate disruption risk due to increases in hurricanes; Katrina was perhaps merely a preview of things to come. Plus, the swampy city is quite literally sinking, losing as much as 2 inches per year. Add to that the fact that much of the area is already below sea level and it becomes clear how great the risks are. 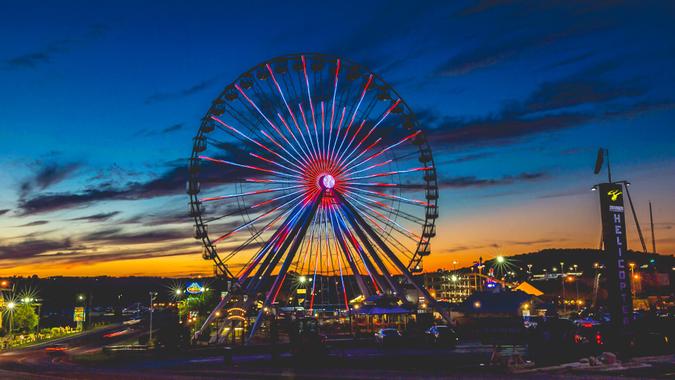 Second Home Sales Are Up, and the New Real Estate Hot Spots Will

Homes are selling in some very unexpected places.