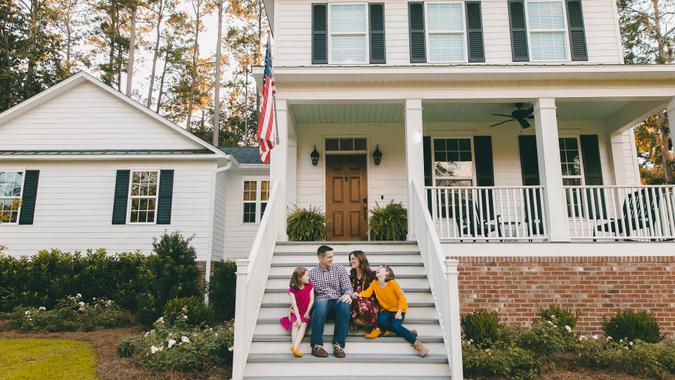 The U.S. housing market might be barreling ahead in overdrive these days, with historically high home values and soaring demand, but home builders remain worried about a variety of problems related to spiraling inflation and ongoing supply chain disruptions.

See: Why Inflation and the Supply Chain Could Bring More Volatility to Economic Recovery
Find: Building a House — Where You Should and Shouldn’t Cut Costs

After a four-month streak of rising home-builder sentiment, builder confidence moved slightly lower this month, according to the National Association of Home Builders/Wells Fargo Housing Market Index, or HMI.

The index, released last week, showed a confidence reading of 83 for January, down one point from the previous month. The HMI has hovered around 83 or 84 for the past several months — roughly the same rate as the spring of 2021. The latest HMI responses were collected during the first two weeks of January, which means many of them came before interest rates rose last week. February’s HMI will more fully reflect the impact of these higher rates on builder confidence.

Builders have been hampered by higher costs and a shortage of materials, which have added weeks to the usual time it takes to build a single-family home, according to an NAHB press release. An NAHB analysis found that the aggregate cost of residential construction materials has risen nearly 19% since December 2020.

This has contributed to a shortage of inventory in a market that has seen heavy demand of late, meaning home prices that rose at record levels last year will likely move even higher in 2022. As previously reported by GOBankingRates, average home prices in the United States are expected to rise 14.3% this year vs. last year.

See: Home Prices Expected to Increase 14% in 2022, According to Zillow
Find: 5 of the Best US Locations To Buy an Affordable Home Right Now, According to Experts

However, many industry experts expect to see the rate of price increases slow in 2022.

“In the short-term, we may begin to see price appreciation decelerate in some major metro areas where prices have already surged,” Bill Dallas, president of Finance of America Mortgage, told GOBankingRates in an email. “Over the long-term, I believe we’ll continue to see the greatest levels of home price appreciation in rural and suburban markets, which will continue to benefit from a shift to remote work as employees move further away from large cities.”

While meeting demand for new homes remains a challenge for home builders, the industry still feels pretty good about overall conditions. Any HMI number over 50 indicates that more builders view conditions as good than as poor. The HMI gauging current sales conditions remained unchanged at 90 in January. The gauge measuring sales expectations over the next six months fell from 85 points to 83, while the component charting traffic of prospective buyers also declined two points, to 69, according to the analysis.

See: How Much Does It Cost To Build a New House?
Find: 10 US Cities Spending Big Money on New Housing Construction

Some observers warn against reading too much into the recent dip in confidence.

“We should keep in mind that housing starts grew towards the end of 2021 and remain elevated relative to pre-pandemic levels,” Robert Heck, vice president of Mortgage with the mortgage service platform Morty, told GOBankingRates in an email statement.

At the same time, he added, inflation and high costs are affecting buyers as well as builders and “could combine to stabilize or slow down the market … Continued inflation concerns, combined with rising rates and steady or increasing home prices, will have an impact on affordability and the number of eligible buyers.”