There are many things you need to keep in mind when you’re buying a home. Where you decide to buy will determine how much house you get for your money, as the price per square foot varies widely across the country.

Click through to find out how much a home is worth in every state and read on to see the states where $300,000 stretches the furthest.

Learn whether it’s better to buy or rent in every state in the country.

In Mississippi, median list prices are just over $91 a square foot, which means you can buy a 3,290 square-foot house with $300,000. The state, however, ranks dead last among the most and least fiscally successful states.

Like other states where a $300,000 home-buying budget goes the furthest, Indiana serves up prices that make getting a large home likely. With a median square foot price of $96.35, your $300,000 will buy you a 3,114 square-foot house. Indiana has some of the lowest income taxes in the nation, making it one of the most tax-friendly states for retirees. 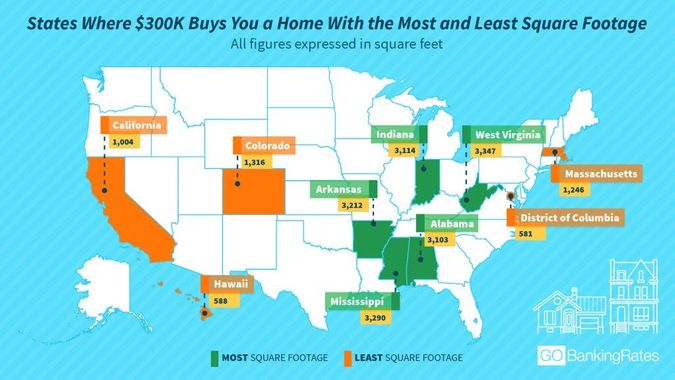 The best states to buy a home for $300,000 tend to be in the central or southern region of the U.S. These states have a lower cost of living overall and aren’t as wealthy as other areas of the country. When shopping on a budget, avoid areas such as Hawaii, Washington D.C., the Pacific Northwest and the Northeast, where prices are higher.

Click through to learn the salary you need to earn to afford the average home in your state. 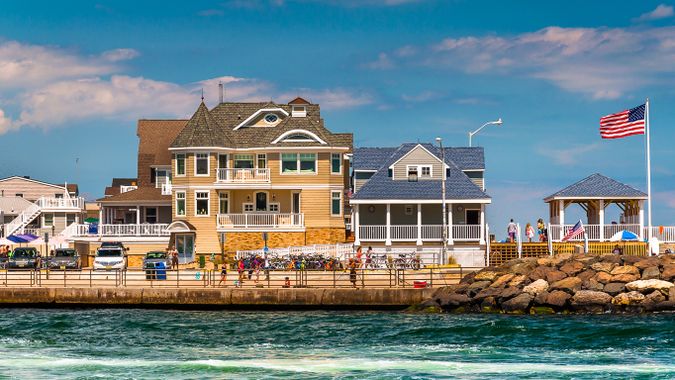 These Are the 10 Best States for First-Time Homebuyers, Study Finds

Find out what the best states have in common.