Will the Housing Market Change When Student Loans Are Forgiven? Here’s What Experts Say 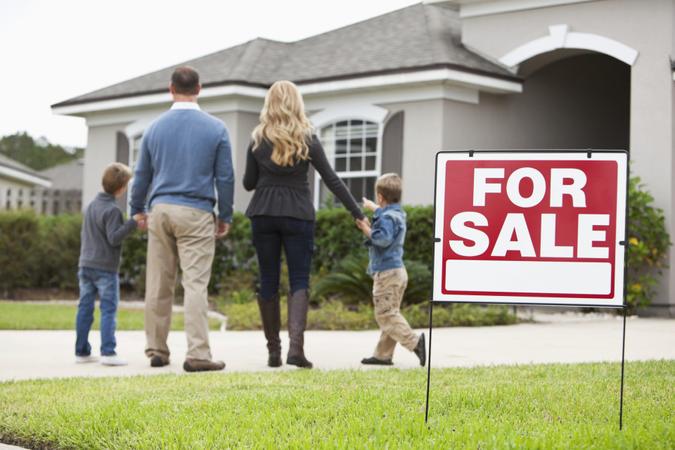 The American Dream of going to college, getting a good job, finding a great home to live in and raising a family seems to be becoming less of a reality as the days go by. Part of the reason, according to some experts, is the mounting student loan debt that many carry with high monthly payments that are as much as some mortgages.

The Future of Finances: Gen Z & How They Relate to Money
Find: Should You Still Buy a Home in Today’s Market?

In the statement released by the White House last week outlining President Joe Biden’s objectives for providing new relief from student loan repayments, it was noted that there are currently 43 million people with this type of debt.

Most carry balances of around $25,000, which has equated to more than $1.6 trillion for all U.S. borrowers combined. Given these figures it’s not surprising that home ownership seems unattainable to many after the Boomer generation — especially since the White House notes that the price of public or private 4-year education has tripled since 1980, making it even more difficult to afford a house in more recent decades.

A new poll from the National Association of Realtors backs this up. It was found that 60% of millennials reported student loan debt being one of the biggest obstacles to their ability to buy their first home.

Jessica Lutz, vice president of demographics and behavioral insights at the National Association of Realtors told RISMedia (a real estate trade magazine) that having student loan debt becomes imperative because it prevents someone from saving funds for a down payment. Furthermore, she noted that the large debt-to-income ratio affects “the type and size of a home that they can purchase.”

A 2019 study in the Journal of Labor Economics, as noted by RISMedia, also found a strong relationship between the two – finding that every $1,000 tacked on to someone’s student loan debt led to 1-2% less likely probability for homeownership for those in their mid-20s.

Which begs the question: With Biden’s $10,000 student loan forgiveness on the horizon, will it impact the housing market and allow new homeowners a chance to enter the market?

In a recent GOBankingRates poll, readers were asked what they’d spend their money on instead if their student loans were forgiven and a large majority said they’d buy a house. In fact, 22% noted that option, including 48.18% of 18- to 24-year-olds and 45.33% of 25- to 34-year-olds who are the most likely to become first-time homeowners.

But before assuming that Biden’s new agenda to offer $10,000 in debt cancelation (to those making under $125,000 annually) will lead to a shopping spree, some experts don’t see the correlation and would argue that there will be no immediate impact.

“I don’t think student loan forgiveness is going to have a major impact on home buying, or at least not an immediate impact,” said Damian Dunn, CFP® and Vice President of Advice at Your Money Line, in an interview with GOBankingRates. “Maybe 12-18 months down the road once people have adjusted to their new circumstances and found some financial stability, then they’ll be able to make bigger housing decisions.”

But it also depends on other compounding factors like interest rates, which are currently at a premium as the Federal Reserve raised them by 0.75% in late July to help curb record inflation.

“Those higher interest rates right now mean bigger monthly payments for new mortgages and that may keep some potential buyers on the sidelines,” said Dunn.

It’s just one example of “a whole bunch of other factors that makes this question really complicated because there are so many auxiliary things that go into home buying,” added Dunn. “And unfortunately we as the consumers have very little control over any of that.”

He also pointed out that, for many student loan borrowers who had repayments paused for two years due to the pandemic, those dollars they would normally put towards their monthly student loan payment have already been allocated elsewhere. Whether it’s paying down other consumer debt, going towards saving or just helping them stay afloat with the higher cost of goods during this time of inflation.

“Those dollars aren’t necessarily available for buying a home now unless there’s some other changes within their month-to-month cash flow,” said Dunn.

Not only that but it’s a seller’s market right now that is not giving buyers any huge advantages. “Inventory is low, houses are turning over pretty quickly for great prices. Interest rates are creeping up, so if I’m a seller, things are okay,” said Dunn. “If I’m a buyer, there’s still high demand. Prices are still high and I don’t have many options to choose from and my offer has to be stronger now than it ever has been.”

As well, he added, it’s become even harder to get a mortgage. “I think things are starting to tighten up from a bank perspective and they’re being more cautious with who they lend to.”

See: 6 Alternative Investments To Consider for Diversification in 2022
Find: Will Student Loan Forgiveness Include Parent Plus Loans?

When it comes to the accessibility of home ownership, more than student loans having an impact is buyers find a “consistent margin” in their month-to-month budget, said Dunn. “That means you’re not living paycheck to paycheck, not playing catch up on debts accumulated over the course of the pandemic due to no fault of their own. Once there’s some consistent breathing room in month-to-month cash flow that would be the reassurance that now is the time to start going out and looking at a very large expenditure like a house.”