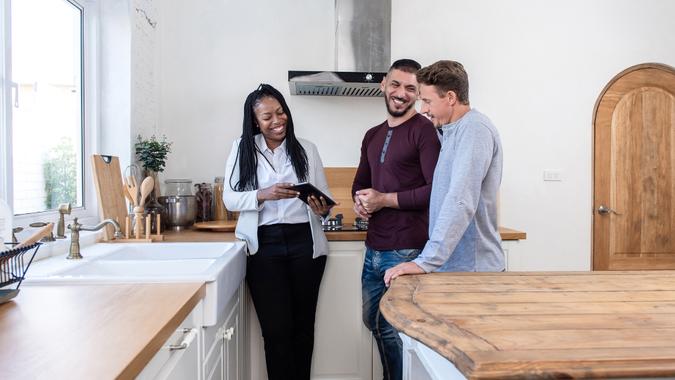 The rise in remote working during the COVID-19 pandemic might be a mixed blessing to both employees and companies, but it has had at least one positive outcome: It made home purchases affordable for nearly two million renters because they can now buy farther away from pricey metro areas.

See: 10 Ways to Lower Your Cost of Living Without Moving
Find: Fourth Stimulus Checks Are Coming From These States — Is Yours on the List?

That’s one of the findings from an analysis by online real estate marketplace Zillow. Zillow economists paired the company’s own data with Census Bureau data to show the impact the pandemic has had on housing market trends.

As the Census Bureau noted on its website, 2020 was expected to be a big year for home sales because so many millennials were reaching the age when they could afford to plunk down money on a new house. More than 72 million had hit their 40s — the prime home-buying age.

When the COVID-19 pandemic arrived during the spring of 2020, many of these same millennials were forced to work from home. And in many cases, working from home meant they could live in affordable locations rather than pricey areas in and near the cities where their jobs are located. As a result, a large number of renters became homebuyers.

See: Best Cryptocurrencies to Invest In for 2021
Find: Here’s How Much You Need to Earn to Be ‘Rich’ in 23 Major Countries Around the World

Two million renters reached the “tipping point,” according to Zillow, meaning that they earned enough to buy the typical U.S. starter home — as long as it’s in an affordable area.

A recent GOBankingRates evaluation found that some metro areas — particularly in Florida and Illinois — are seeing home prices dip, providing even more opportunities for buyers frozen out by skyrocketing prices earlier in the pandemic.

Meanwhile, remote working might become a permanent fixture. As GOBankingRates reported in August, some experts say hybrid and remote work could remain the norm for years to come. That’s because many Americans who work remotely have changed their routines and lifestyles during the pandemic and are in no hurry to return to the office.