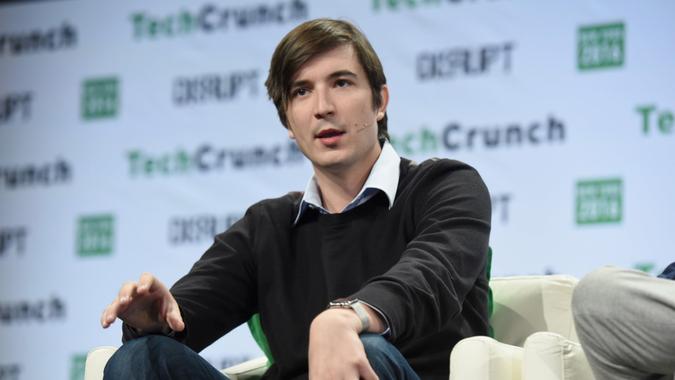 Trading app platform Robinhood lifted all trading restrictions last night on stocks including  GameStop and AMC, according to a statement on its website.

See: Learn from the GameStop Frenzy with This Quick Guide to Short Selling
Find: Robinhood Faces Slew of Lawsuits over Trading Freeze

“Changes due to ongoing market volatility: there are currently no temporary limits to increasing your positions,” the statement reads.

Earlier in the day, Robinhood’s website showed that the trading limit on GameStop’s shares was set at 500, while for AMC the limit was set at 5,500 shares, according to Reuters.

Cracked Market blog author Jani Ziedins said that GameStop may still have its moments. “As for what comes next, GME will be insanely volatile for weeks and even months. That means 50% and 100% moves in both directions. But at this point, a 50% bounce only gets us back to $75. Maybe we get back to $100 or even $125, but waiting for anything higher is just wishful thinking,” Ziedins says, according to MarketWatch.

Last week, the trading platform halted trading on stocks popular on the Reddit subthread r/WallStreetBets, and the app is now not only facing a slew of lawsuits but increased scrutiny by key financial regulators.

Retail traders — who were intent on taking down hedge-fund short sellers by buying shares of stocks that didn’t seem to have much of a chance of success — were unable to trade stocks, including GameStop, AMC Entertainment and Bed Bath & Beyond. The Securities and Exchange Commission is monitoring the situation and said in a statement last week that it was evaluating the extreme price volatility of certain stocks’ trading prices over the past several days.

See: Meet All the Major Players in the Robinhood vs. GameStop Saga
Find: Wall Street Is Extremely Volatile Right Now – How Safe Is Your 401K?

Robinhood defended itself saying in an op-ed that appeared in USA Today on Sunday. Robinhood CEO Vlad Tenev elaborated on a blog post on its website, explaining that the company had restricted transactions or certain securities to position closing only, which allowed investors to sell but prevented them from buying.

“In a matter of days, our clearinghouse-mandated deposit requirements related to stocks increased ten-fold. These deposits are the collateral we post to ensure our access to clearinghouse services on behalf of our customers,” Tenev said in the op-ed. “They are what led us to put temporary buying restrictions in place on a small number of securities that the clearinghouses had raised their deposit requirements on. As we noted in a blog on Friday, it was not because we wanted to stop people from buying these or any stocks — we built Robinhood to provide access to investing for all. And it certainly wasn’t because we were trying to help hedge funds.”

In a chat with the chat app Clubhouse, Tenev told Tesla CEO Elon Musk last Sunday that Robinhood’s operations team received a request at 3:30 a.m. last Thursday from the National Securities Clearing Corporation to “put up money based on some factors like volatility of the trading activity, concentration on certain equities. They gave us a request of around $3 billion, an order of magnitude more than it typically is. Up until that point, Robinhood raised around $2 billion in venture capital so $3 billion is a large number.”

Tenev said that the company had a subsequent call with the NSCC, which lowered the requirement to $1.4 billion, according to the chat.

“Then we proposed to explain how we plan to manage risk. We proposed marking these volatile stocks and then an hour before market open, they said the deposit is $700 million. So we paid it promptly. That’s why we marked these stocks. We knew this was a bad outcome for our customers, it’s part of what’s been difficult. Robinhood stands for democratizing stocks and we had no choice, we had to conform to regulatory capital requirements,” Tenev told Musk.