Is Shopify Stock Still Worth Buying After Its 10-for-1 Split? 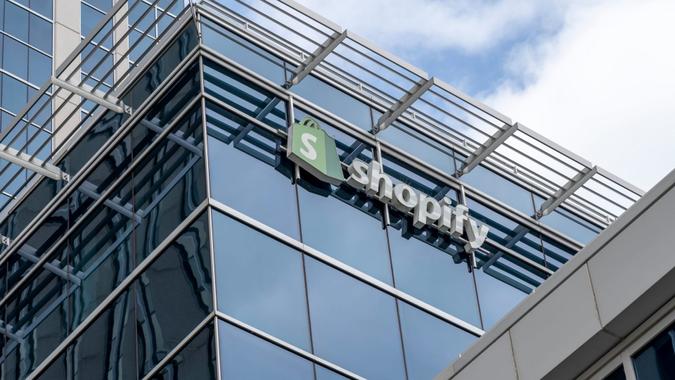 Shopify traces its roots back to 2004, when its co-founders decided to create an online store to sell snowboards. They couldn’t find an e-commerce solution they liked, so they built one, resulting in Shopify’s launch in 2006. In 2021, just 15 years later, the company’s revenue was $4.6 billion.

Why Did Shopify Shares Split?

By early 2022, Shopify’s shares were selling at over $1,300 per share. As some companies do when their share price reaches $1,000 or more, Shopify felt this price was too high and possibly intimidating for the average investor. So it decided to split the stock 10:1. This is the only stock split Shopify has had to date.

On April 11, Shopify announced a 10-for-1 stock split, which would occur on June 29. Each share of Shopify stock would be exchanged for 10 shares, and, presumably, the price would adjust to approximately 10% of what it was prior to the split. Therefore, the value of any given position wouldn’t change. Each investor would have 10 times the number of shares, each worth 10% of the previous share value.

When Did Shopify Shares Split?

Shopify shares split on June 29. By the time the Shopify split occurred, shares had dropped considerably from their high at the start of the year. This was common to tech stocks, which had declined significantly across the board, but Shopify had the added headwind of being a tech company in the e-commerce business, since its customer base also took a big hit.

What Was Shopify’s Stock Price Before the Split?

It’s not unusual for a stock’s price to drop slightly after a split, or it can rise a bit. But there are usually no large swings on the day after a split, simply because stock splits are announced well in advance, and any change in the perceived value of the stock has already been priced in by the time the actual split happens.

Is Shopify a Good Buy Now? What Analysts are Saying

As of Sept. 9, Shopify stock traded at $34.81 per share, up very modestly from its immediate post-split price. Many stocks see a bump in price after a split, as more investors consider it to be an affordable purchase. Shopify didn’t see this post-split bump, but that doesn’t mean you shouldn’t consider it for your portfolio.

Four analysts offered a price target for Shopify, and that target averaged out to $77.66. The price target is the price an analyst expects to see the stock trading at in a year.

The Future for Shopify

Shopify management sees that changes need to be made and is making the hard decisions to try to get the company back on track. After laying off 10% of its workforce in July, Shopify named a new chief financial officer and a new chief operating officer in early September. Jeff Hoffmeister, who led Shopify’s IPO as an investment banker with Morgan Stanley, was named CFO. Kaz Nejatian was promoted to COO from vice president of product.

During Shopify’s second-quarter earnings report, the company indicated it considers 2022 to be a transition year and that it was likely to report losses for the remaining two quarters this year. The company’s acquisition of fulfillment provider Deliverr for $2.1 billion was cited as a primary reason for the losses.

Is It Time To Buy Shopify Stock?

The decision to buy Shopify stock depends on many factors, as most investing decisions do. First, any investment needs to fit into your portfolio and not skew your asset allocation toward any particular sector. So if you already have a tech-heavy portfolio, Shopify may not be the best choice at this time.

Another factor to consider is your time horizon. Given that Shopify has come right out and said that the next few quarters are likely to show losses, any investment in this stock should be a medium- to long-term play. If you get in now and get out within six months or a year, you may find yourself recording a loss.

Shopify is a popular e-commerce platform, and e-commerce businesses aren’t going away. In fact, the business continues to grow. And Shopify continues to push its business toward creating an end-to-end e-commerce solution for small businesses, so it appears that its recent performance is more of a bump in the road than the beginning of the end.