Brexit involves the withdrawal of the United Kingdom from the European Union. On June 23, 2016, citizens of the U.K. voted to leave the EU. Yet more than three years later, with no agreement on how to conduct Brexit, the U.K. remains a part of the Brussels-based EU.

Prime Minister Boris Johnson had shown more willingness to push through a so-called “no-deal Brexit,” vowing to leave the EU by Oct. 31 regardless of the consequences. But this plan hit a roadblock as Britain’s Supreme Court ruled that Johnson lacked the power to dissolve Parliament to make this happen. Moreover, in a vote on Oct. 19 opponents forced him to request a delay.

Many will remember that Brexit passed by a narrow vote, with 51.9% of participating voters voting to leave versus 48.1% siding with the “Remain” side that would have kept Britain in the EU. With less than 1.3 million votes separating the two sides, some who voted to remain with the EU proposed holding another referendum. A poll conducted last March suggested 55% of voters now want to stay with the EU.

Brexit calls into question how Britain relates to the EU, particularly on the issue of trade. Without an agreement, the U.K. loses its tariff-free access to most of Europe, likely increasing the cost of goods from the continent. Furthermore, the EU has signed trade deals with more than 70 countries, so tariffs from those countries could also increase.

With so much at stake, how Britain cuts its ties to Brussels will have far-reaching consequences. This guide will explain where Brexit stands and how Europe and the United States might be affected by its implementation.

On March 29, 2017, then-Prime Minister Theresa May submitted an Article 50 notification to the EU giving Britain a deadline of March 29, 2019 to leave the union. Britain has since received an extension to Oct. 31, 2019, and as things stand now, Britain remains a member of the EU. May’s failure to meet the initial deadline contributed to her replacement by Johnson on July 24, 2019.

Johnson became a prominent figure in the Vote Leave campaign while serving as mayor of London in 2016. He described staying in the EU as an “erosion of democracy.” This stood in contrast to many in his party, including David Cameron, the Conservative party member who served as prime minister until the Brexit vote. Johnson’s views also went against the majority of London residents.

After the Leave side won, many regarded Johnson as the favorite to replace Cameron, but Johnson refused to stand for the leadership position. Instead, he served as foreign secretary — a job he held until last year — once May became prime minister.

After May resigned, Johnson confirmed he would stand for leadership, and he won the election as the Conservative party leader on July 23, 2019. Johnson promised to be out of the EU by the Oct. 31 deadline. His attempt to bring about a shutdown of Parliament between Sept. 11 and Oct. 14 failed when Britain’s Supreme Court ruled against him.

Moreover, Parliament continues to act as an obstacle to a deal. Opponents of the deal in Parliament demanded a change to the sequencing of the deal. This legally forced Johnson to request a deadline extension from the EU. He submitted this request but did not sign the letter. He also sent a second letter arguing against this delay.

Johnson must also contend with House of Commons speaker John Bercow refusing to allow a vote on the Brexit withdrawal deal. This battle between Johnson and the Parliament makes it likely that Britain will remain in the EU past the October 31 deadline.

May initially supported the Remain faction on Brexit. Many believed that would disqualify her from becoming prime minister. But after David Cameron resigned, she appeared to commit to the Brexit side, insisting that the U.K. come together and ruling out a second vote on the issue.

In her time as prime minister, May failed to produce an agreement satisfying to both the EU and the U.K. Parliament. She might have doomed her chances early. On April 18, 2017, less than one year after her appointment as prime minister, May called a snap election, hoping to solidify her majority. Instead, she ended up with a hung parliament and had to broker a deal with Northern Ireland’s Democratic Unionist Party to form a government.

Moreover, she negotiated a Brexit agreement with the EU without enough input from Parliament. Between January and March 2019, May suffered three defeats in getting her negotiated deals with the EU through Parliament. The first vote represented the largest defeat for a sitting government in British history. Pressure grew for a vote of no confidence in her leadership soon after the third defeat. On May 24, May announced her intention to step down as the Tory party leader.

Consequences of a No-Deal Brexit

The U.K. has since inked “continuity” agreements that would continue current trade agreements with 38 of the EU’s trading partners. But the country still faces serious Brexit consequences. For example, the EU accounts for 28% of the food consumed in Britain, which raises the specter of shortages and price increases. Moreover, leaving the EU creates another wall of separation between Northern Ireland and the Republic of Ireland and threatens to reignite their longstanding feud. Furthermore, Brexit creates uncertainty around the status of EU citizens living in Britain and British subjects who live in other EU countries.

Implications of a Hard Brexit

A hard Brexit would involve a complete break from the customs union. Many see these Brexit consequences as less disastrous than the no-deal option. A hard Brexit would still imply a trade deal of some sort with the EU and possibly a transition period. But trade agreements take time, and many economists believe a hard Brexit would force a massive contraction in Britain’s economy and spur the pound to fall further against the world’s major currencies.

Implications of a Deal for the UK and the EU

The task of separating the U.K. from the EU has become the foreign relations equivalent of a messy divorce. Leaving the EU places a lot at stake for both sides.

How It Affects the UK

Negotiations must determine what kind of trade relationship the U.K. and EU will have after the separation. Additionally, the break-up causes immigration issues, especially regarding EU citizens who live in the U.K. and vice versa.

One study estimated the overall cost of Brexit to the British economy at £350-£500 million per week, or 2-2.5% of GDP. As mentioned above, a U.K. government study estimated that about 30% of food consumed in the U.K. comes from other EU countries. Although nobody predicts that the EU would cut off exports, transport delays, higher import duties and panic buying are potential possibilities.

Brexit could lead to the EU imposing tariffs on British fuel imports, resulting in higher fuel costs. Interestingly, the British government voted to eliminate duties to mitigate the impact of fuel imports into Britain. Unfortunately, World Trade Organization rules stipulate that Britain must eliminate tariffs from all countries in such a situation. This could lead to Russia or another country flooding the U.K. with fuel to increase Britain’s reliance on it. Such a move could lower costs short-term but  lead to much higher prices later.

Prescription drugs, which have already faced shortages, could be impacted, too. Prices could rise if EU restrictions delay shipments. About three-quarters of Britain’s medicines currently come from the EU. The British government has allocated an additional £434 million to ensure product availability.

How It Affects the EU

Brexit consequences reach well beyond the shores of the U.K. Experts estimate that a no-deal Brexit would cause a 0.1-0.2% reduction in output. Despite Germany’s relative economic power in the eurozone, it stands on the brink of recession. Britain leaving the fold without a deal could push Germany over the edge.

Many regard London as the unofficial financial capital of the EU and the largest international financial center. As the hub of finance, London generates about £120 billion of output per year. How cutting ties with the EU affects London’s position in the financial world remains unclear.

Furthermore, Britain contributes about 5% to the EU’s budget, so Brexit creates a significant budget gap for the EU. As a result, remaining members will have to contribute to cover the shortfall of about €19.4 billion. Germany will likely have to contribute more than other EU members to fill this gap.

Also in question is trade between the U.K. and the EU. The EU currently holds a €100 billion trade surplus with the U.K., although Britain exports around €20 billion more in services than it imports. A negotiated agreement could mitigate these effects, but that still leaves the future trade relationship undecided.

Some Americans will benefit from Brexit. The uncertainty surrounding Brexit has reduced the cost of the British pound, for example, making for a favorable exchange rate for overseas travelers. But this change in value has negative implications for U.S. businesses that sell to consumers in the U.K., making American goods more expensive. A no-deal Brexit might also shift the balance of the United States’ $3 billion trade surplus with Britain.

The U.K. could mitigate some of those effects with a U.S.-U.K. trade agreement. As of now, the U.S. and the EU do not have a trade deal. Leaving the EU allows the British to separately negotiate a trade agreement with the United States. A trade agreement would also likely address one worry — the employment created by America’s relationship with Britain. About 1.25 million American jobs and around 1.5 million jobs in the U.K. depend on American-British trade.

A Final Word on Brexit

Without a doubt, a no-deal and a hard Brexit both offer short-term uncertainty. You can expect the market to fall as investors flee the pound, likely in favor of the dollar. Investment and retirement accounts will also likely take a hit, at least in the short term. And jobs that depend heavily on trade with Britain become endangered as Britons find American goods less affordable.

A few Americans will benefit. Those who like to buy goods imported from the U.K. will find lower prices. Those who travel to Britain will see their buying power increase with the lower-value pound.

The longer-term outlook appears even more uncertain. If relations between the U.K. and EU continue to worsen, increased turmoil could put continued pressure on markets and interest rates. It could also bring terror back to the continent, particularly if terror returns to Ireland.

Later, as everyone adjusts to a U.K. outside of the EU, conditions could stabilize, particularly with a softer Brexit. And the likelihood of a trade agreement between the U.S. and the U.K. might strengthen ties with this traditional ally in a way not possible while it’s part of the EU.

But getting to that point will mean enduring a complicated separation. For now, Americans should prepare for uncertainty. 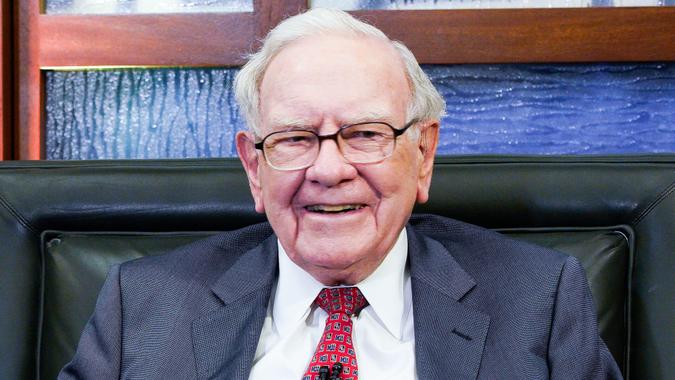 Billionaires Use These Investing Strategies

Create your own wealth by investing like a billionaire.

> Investing > Strategy > Brexit Consequences and What They Mean for You