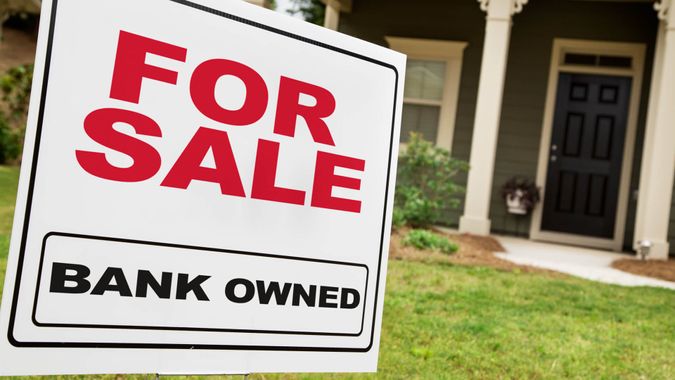 An important COVID-era protection against foreclosures is about to end, and some banks will not extend the benefit. Currently, Americans are protected from losing their homes through a foreclosure moratorium on federally backed loans.

See: Why Now Is the Time to Sell Your House — Even If You Had No Plans to Move
Find: 40 Cities That Could Be Poised For a Housing Crisis

The federal government enacted two provisions to give homeowners with these loans relief during the pandemic. One is mortgage forbearance, which allows homeowners to defer payments for a specified amount of time due to financial hardship. The second is a moratorium, or freeze, on foreclosures. About 2.1 million Americans are currently in forebearance plans, and about 1.8 million are at least 90 days deliquent in their payments but are not in forbearance, according to CNBC. The foreclosure moratorium protects both groups from eviction.

Back in February, the Biden administration announced an extension on forbearance and foreclosure relief programs. The administration’s action extended the enrollment window for homeowners who wished to request forbearance, and it allowed for six months of additional mortgage payment forbearance in three-month increments for borrowers who entered forbearance on or before June 30, 2020. The extension expires on June 30.

See: Why Now Is the Time to Downsize Your Home
Find: Buying a Foreclosed Home — What You Need to Know

With these protections coming to an end, banks are responding in different ways.

During the Annual Oversight of Wall Street Firms hearing on Wednesday, senators directly asked bank CEOs how they were planning to proceed with these protections.

Wells Fargo intends to extend foreclosure protections on loans it owns until the end of the year, CNBC reported. The bank said that with very specific exceptions, all foreclosure-related activity on occupied properties and all evictions are being halted through the end of 2021. A Wells Fargo spokesperson told CNBC that the bank supports the Consumer Financial Protection Bureau’s proposed rule that would prevent lenders from even starting foreclosure proceedings until 2022.

See: What the Housing Market Looks Like So Far in 2021 — And What That Means for the Rest of the Year
Find: Should You Update Homeowners Insurance Coverage as Prices of Lumber and Steel Skyrocket?

In his written testimony, JP Morgan Chase CEO Jamie Dimon stated, “We have delayed payments and extended forbearance options for about 2 million mortgage, auto and credit card accounts, and refunded $120 million in fees on consumer deposit accounts, including overdraft fees, for over 1 million customers — all with no questions asked,” without directly addressing when exactly the bank would resume foreclosures. However, he did mention that about 90% of the bank’s customers who were in forbearance have exited the program, meaning, they no longer need assistance.

Bank of America’s CEO Brian Moynihan directly said in his testimony that the bank’s suspension on foreclosures would run through the end of June. He added that the number of mortgage payment deferrals has dramatically decreased, and regardless of the deadline, the bank would work with a “few clients” it has left to help them, suggesting the lender would be taking a lenient stance on remaining forbearances.

See: 60% of Americans Have Shifted Their Homeownership Plans Due to the Pandemic — Here’s How
Find: 6 Things Every Homeowner Should Know About Property Taxes

The bank CEOs’ testimonies largely showed that banks are willing to work with customers through lingering financial hardships, despite the June 30 deadline. Stressing the need for banks’ continued support, MBA’s Senior Vice President and Chief Economist Mike Frantoni said, “The job market is recovering, but the pace of recovery thus far is slower than we had forecasted. Continued job growth is needed to help more struggling homeowners get back on their feet.”