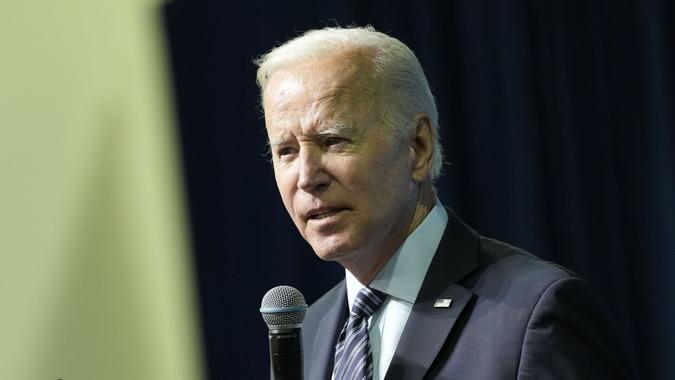 Californians who benefit from President Joe Biden’s plan to cancel up to $20,000 in student loan debt could be slapped with state taxes on the forgiven amount — despite federal tax exemption.

The Future of Finances: Gen Z & How They Relate to Money
Find Out: This Credit Score Mistake Could Be Costing Millions of Americans

California’s Franchise Tax Board has not yet formally announced a decision on whether it will levy state income tax on recipients, but it’s indicated that it is possible.

“We are saying the loan forgiveness would be taxable in California UNLESS this federal student loan debt is repaid or canceled pursuant to 1098e of Title 20 of the United States Code,” a spokesperson for the California Franchise Tax Board told NPR.

As it stands, California taxes debts dismissed through income-based repayment plans based on its state tax code.

Based on its tax code, it appears that California certainly has the right to tax eligible recipients on their wiped-out student loan debt — but that likely won’t happen.

On Friday, California assembly speaker Anthony Rendon tweeted, “Rest assured, one way or another, California will not tax the federal student debt relief.”

But taxpayers in other states may not be so fortunate. Arkansas, Indiana, Minnesota, Mississippi, North Carolina and Wisconsin all have tax codes that could make the student loan debt canceled under the Biden administration subject to state income tax.

How states will proceed on this matter is still up in the air, but either way, taxpayers in these states are likely up against some confusing issues come tax season.

“This is difficult. This is new. People aren’t necessarily expecting it, and especially if you don’t have documentation being sent to you like you would with just about any other form of debt discharge,” Jared Walczak, V.P. of State Projects at the Tax Foundation told NPR News. “It’s putting people at a disadvantage.”

Take Our Poll: Do You Think Student Loan Debt Should Be Forgiven?
Learn: New Details Emerge on How Student Loan Forgiveness Will Be Applied

Given the implicit complications, we may see these seven states updating or even overhauling their state tax codes in the coming months to clarify who owes what and how much.