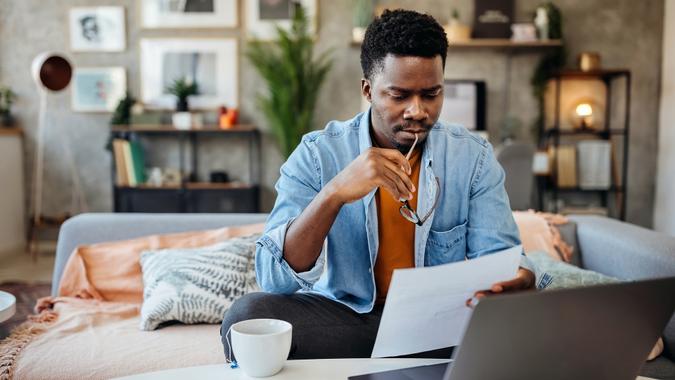 President Joe Biden announced the much-anticipated administration’s plan for loan forgiveness on Aug. 24. But while the plan was mostly widely lauded, details are scarce, leaving borrowers with many questions, notably around Federal Family Education loans (FFEL), as the government said it is “assessing whether to expand eligibility to borrowers with privately owned federal student loans, including FFEL.”

Take Our Poll: Do You Think Student Loan Debt Should Be Forgiven?
Learn: This Credit Score Mistake Could Be Costing Millions of Americans

As to whether FFEL loans are eligible, the answer is “maybe.”

If your FFEL loans were eligible for the student loan payment pause — which has been in effect since March 2020 — borrowers can qualify for forgiveness, according to a FAQ page on the Department of Education website.

In the meantime, borrowers with privately held federal student loans, such as through the FFEL, Perkins, and HEAL programs, can receive this relief by consolidating these loans into the Direct Loan program.

The Department adds that FFEL Joint Consolidation Loans, often referred to as spousal consolidation loans, are not eligible for consolidation into the Direct Loan program under current law.

The New York Times reports the Department of Education intends to make cancellation available for anyone with ineligible FFEL loans, but that will take some time.

Joint Consolidation Separation Act: What Divorced Couples with School Loans Need To Know
Have Bad Credit? You Can Still Consolidate Some of Your Student Loans — Here’s How

The Department of Education explains that the FFEL program was a program that worked with private lenders to provide education loans guaranteed by the federal government and ended in 2010. “All loans are now made through the William D. Ford Federal Direct Loan Program,” the Department says on its website.