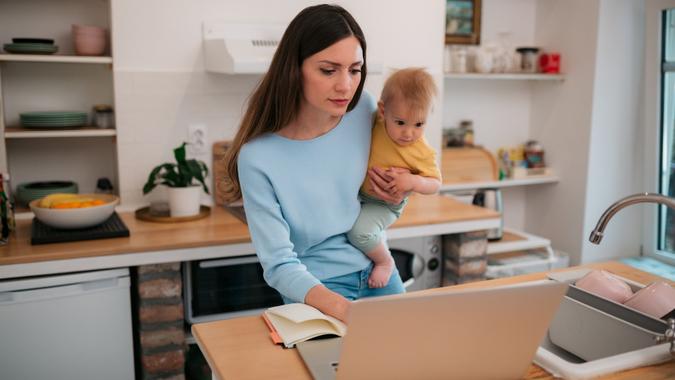 The Biden administration’s federal student loan forgiveness plan left some student loan companies scrambling to land business from the millions of borrowers who could be eligible for up to $20,000 in canceled debt. One of those companies, Navient, is now under scrutiny from lawmakers for what they say are “predatory” practices.

Here It Is: Our 2022 Small Business Spotlight
See: 9 Bills You Should Never Put on Autopay

At issue are marketing emails Navient sent to borrowers detailing their options to refinance federal debt to private loan servicers. Refinancing would be a way to lower their interest rates — but it would also make them ineligible for federal debt relief.

Business Insider broke the story on the emails earlier this month. That story was referenced by Warren and Pressley in the Sept. 12 letter they sent to Remondi, which said the tactics are “unconscionable.”

“Just weeks after President Biden announced his plans to provide student loan relief for millions of borrowers, Navient is attempting to place them into refinanced loans that are ineligible for relief,” Warren and Pressley wrote in the letter. “If these reports are accurate, they reveal a particularly nefarious and harmful last-ditch tactic by Navient to profiteer off of the hardship of borrowers that finally are within grasping distance of obtaining relief from their abusive student loans.”

A Navient spokesperson told Business Insider that the company’s emails informed borrowers that they could be at risk of losing federal benefits — including loan forgiveness — if they refinance. The spokesperson also noted that Navient has spent years reaching out to prospective borrowers about their options to refinance at lower rates through the company’s NaviRefi tool.

The main problem Warren and Pressley have is that the new batch of emails come at a time of great confusion over the Biden loan forgiveness plan and could constitute an attempt to steer borrowers into bad financial decisions.

Live Richer Podcast: First-Time Homebuying During Inflation — Is It Worth It?
Student Loan Forgiveness: Eligibility Could Be Blocked If You Did This

“In this context, the marketing emails encouraging your borrowers to refinance their loans with NaviRefi, thus making them ineligible for loan forgiveness, look like another predatory attempt by Navient to boost its profits by unfairly steering borrowers toward options that leave them financially worse off,” Warren and Pressley wrote in the letter.