Nearly 1 in 4 Women Has Over $50K in Student Loan Debt, Survey Finds 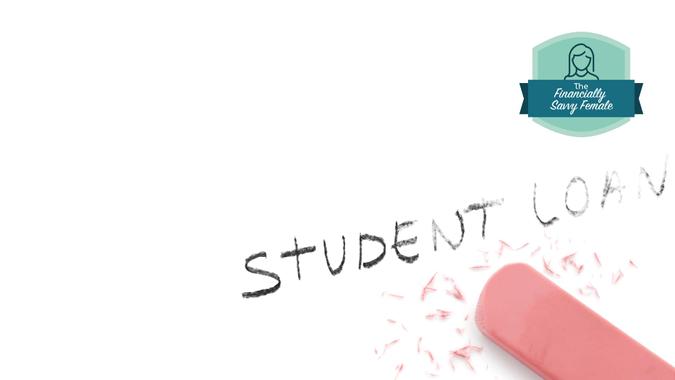 Student loan debt has been a billowing problem in the U.S. for decades, but one group holds the overwhelming majority of it — women.

Related: Women and Student Loan Debt by the Numbers: Why It’s Concerning to Experts
More: Financial Advice Women Would Give Their Younger Selves

Women hold 58% (about $929 billion) of overall student debt in the United States. The statistic only get worse for women of color, with Black women owing an average of 13% more than they borrowed after 12 years of repayment, according to the Education Data Initiative. It also takes women an average of two years longer to pay off their student loans than their male counterparts, despite making higher payments.

This means that while women hold most of the national student debt, their earnings might be disproportionate to their debt. To compound the debt repayment problem, women with bachelor’s degrees who work full time make on average 26% less than their male peers, the American Association of University Women finds. The result is a system in which women are taking out more debt in order to compete in a job market that will not allow them an even playing field to pay it back.

Specifically for women of color, the wealth gap significantly contributes to the need for student debt. AAUW states that having less family wealth to rely on explains why Black women and Latinas need to borrow more to finance their education. Data from the Federal Reserve Board Survey of Consumer Finances shows that the average wealth of a white, non-Hispanic family to be $171,000, with the average wealth of a Black or African American family to be $17,150 and a Hispanic family to be $20,720.

Learn: The 3 Biggest Barriers to Women Reentering the Workforce

The amount of debt in numbers is staggering, especially since it shows that the debt responsibility significantly hampers wealth building.

GOBankingRates surveyed more than 1,000 from all over the country, and found that nearly all women who do hold student debt are holding loans totaling five or six figures.

The amount of debt women hold from the survey’s sample breaks down like this:

This shows that nearly one in four women holds more than a whopping $50,000 in student debt. Further, the smallest percentage or women surveyed has less than $10k in student loans.

Interestingly, women outnumber the amount of men on college campuses and in terms of graduation rates in the United States, as GBR has previously reported. Yet, many women receive less financial support from their families than their male counterparts, according to Melanie Handon of EDI Refinance.

See: 36% of Women Say Lack of Income Is Their Biggest Financial Barrier — 6 Steps To Boost Your Earnings

With such large amounts of debt and a slower takeoff in their careers than men, the student debt problem is of significant concern for women and the overall global economy as well.

A study by McKinsey found that  $12 trillion could be added to global GDP by 2025 simply by advancing women’s equality in the workplace. The main drivers of this goal would be both private and public sectors working to close the gender gap, especially in the workplace.

The pandemic specifically showed how crucial women are to the labor force, as women were disproportionately affected by the pandemic. Brookings Institute reports that mothers took more leave and were more likely to drop out of the labor force during the pandemic as they increased their time spent on child care, and were more likely than fathers to help children with education while schools and daycares were not operating.